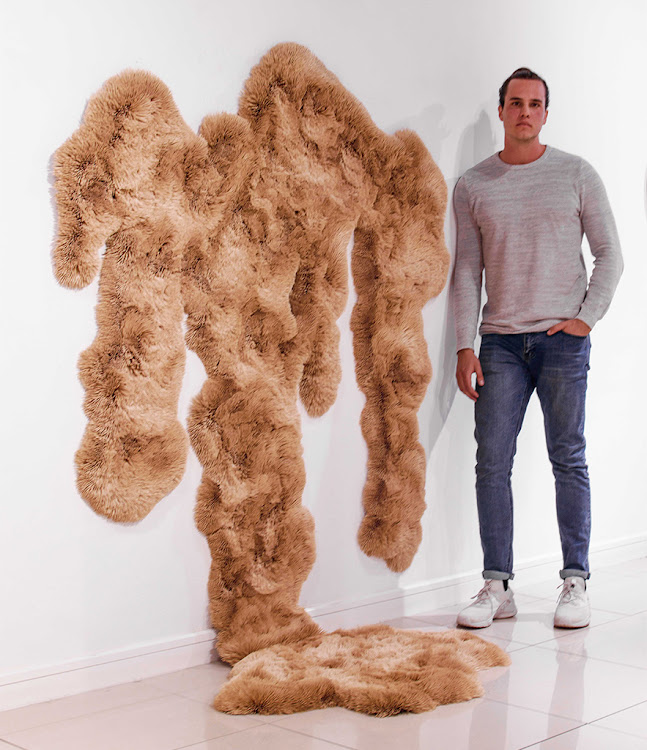 The first time I saw a work by the young Joburg-based artist Chris Soal, at the Joburg Art Fair last year, I stopped in my tracks. At first, I couldn’t make out what it was – a wall-hanging of sorts, its strange organic patterns looked like thick, dense animal fur, but larger. Or a field of long grass when the wind blows through it, but smaller. Or even some sort of spiky undersea organism. It was only when I was right up close that I realised its whorls and waves were thousands of toothpicks leaning this way and that, sculpted as if they were a unified medium, rather than individual objects!

I recently had the opportunity to visit his studio (his parents’ garage), where he was preparing works for a booth in the Tomorrows/Today section of the Cape Town Art Fair, and to chat about his work. (He won the PPC Imaginarium, a prestigious art and design competition, last year.) Variations on that toothpick sculpture in various stages of completion – and pushed in new directions – are being prepared for the fair, and there are other experimental works in progress dotted about, as well as older works and half-complete experiments. There’s an undeniable tactile energy about these sculptures, as well as a strong physicality. The sense of movement and the artist’s presence as he shapes them are palpable.

Soal explained how he took a cellphone snap of a box of toothpicks in a restaurant some years ago, when he noticed the pattern they’d naturally fallen into, for future reference. The pic lay dormant on his phone for two years, however, before he began experimenting with the idea of using toothpicks to create an artwork. It wasn’t until a South African Foundation of Contemporary Art residency gave him the chance to spend six weeks with artist Minnette Vári in Knysna at the beginning of last year that he really pushed the idea – with spectacular results.

Graham Wood spoke to Frank Kilbourn, art auctioneer and Strauss & Co’s executive chairperson, about the state of the market after a turbulent year
Voices
3 years ago

He says the modular, throwaway quality of toothpicks seemed a perfect way of expressing the inversions of value he wanted to express – the way the “look again” quality of the artworks plays with the way we value something we usually consider disposable. By creating wonder and delight in the use of mundane materials – his student works were made of thousands of bottle tops used to create large spirals and tentacles – he toys with the alchemy of art. But it’s not the Dadaist subversion of the whole artistic enterprise often associated with found objects – like Marcel Duchamp’s famous urinal displayed to undermine or discredit the mystique of the gallery space. Rather, it’s what Soal calls “poiesis”, which he explains as art “creating its own life and its own world”.

Although he is wary of sweeping terms like “abstraction” and “minimalism”, he says he is “drawn towards a more formal, abstract way of making” and “texturally and materially I swing towards these moments where form and abstraction lead the process”. Some of the works even come across as surrealist – like the works where he embeds his toothpick sculptures in branches or bits of wood, toying with the triple transformation of the toothpick from tree to toothpick to sculpture.

But perhaps most interesting is how he has found a way in which the 20th-century traditions of European and American abstraction are utterly transformed in a new context – in Johannesburg, specifically, and Africa more broadly. “What does that [abstraction; minimalism] mean here, where we have different conditions [from those that] gave rise to those ways of art making, and how we respond to that?” he asks. 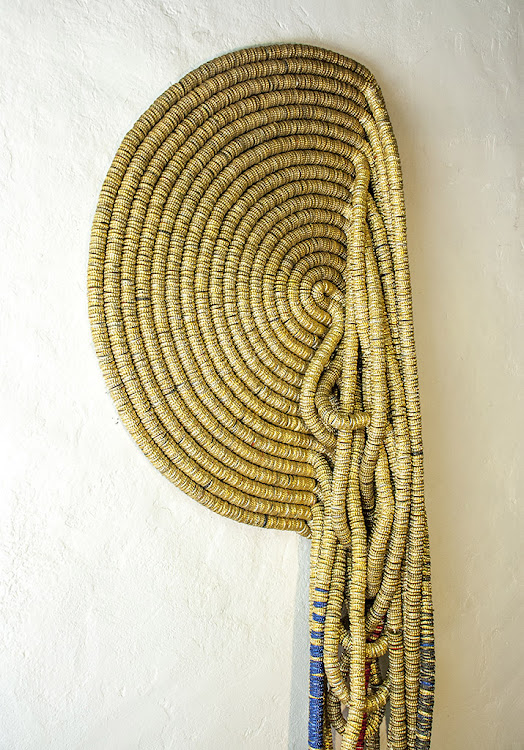 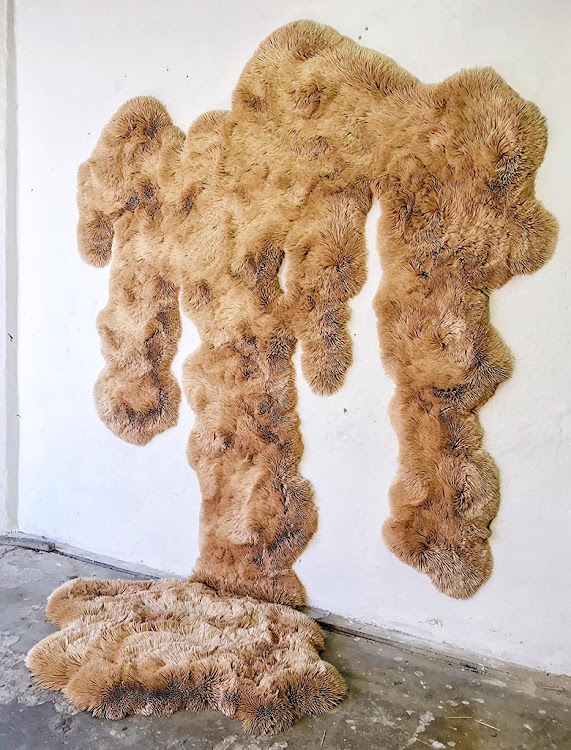 Soal makes frequent references to the effect that living and working in Johannesburg has had on his work – the materials like concrete, the cables from electric fences that he used to thread his bottle tops, the gold-coloured metal sheeting used to make the bottle tops. Rather than purity of form and colour – reducing art to its component parts and reconsidering the mute self-contained quality of pure form – his is abstraction reaches out to its context to plug into the world around it.

He shows me photocollages on this phone in which he juxtaposes the patterns of electric fences following the contours of walls with the geometries of American postwar art titan Franks Stella, or the drizzled asphalt mix used to repair the cracked surfaces of roads with the abstract expressionism of Jackson Pollock. Its almost as if, by inserting (or finding) abstraction in a new context, not only does the mechanistic side of modernism find new life, but the art itself starts to transform the way we see the manmade world.

When you start to consider Soal’s work in conjunction with, say, Serge Alain Nitegeka’s appropriation of the tradition of Russian constructivism –  think of his installation in the atrium of the Norval Foundation in Cape Town – or the mystical geometries of Igshaan Adams, the potential of African abstraction starts to look rich and powerful. As does a box of toothpicks!

The age of the private art museum is here and Cape Town’s new Norval Foundation could just be the new South African benchmark
Art & Design
4 years ago
Next Article
© Wanted 2022 - If you would like to reproduce this article please email us.