Dipo Faloyin dismantles a continent’s worth of inaccuracies, one stereotype at a time 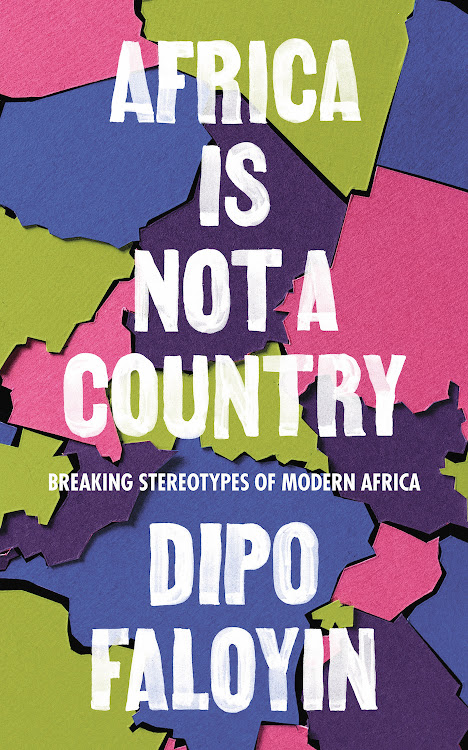 One of the barometers I use for which books to cover in Wanted is how often I find myself telling other people about them. This month I have been talking a great deal about Dipo Faloyin’s Africa Is Not a Country: Breaking Stereotypes of Modern Africa (Harvill Secker).

Faloyin is a senior editor at VICE magazine, a smart, sharp writer who focuses on race, culture, and identity. Though he lives in London, he was born in Chicago and raised in Nigeria. In his introduction he parses his layered identity, from the broad strokes of being half Igbo and half Yoruba to his assertion, “I was raised with a strong belief that it is an auntie’s duty to mind your business and that it is impossible to have too many cousins.”

Faloyin uses this affectionate description as a springboard for the more sober thrust of the book: “Not everyone is allowed a complex identity. Through-out history, individuals and entire communities have been systematically stripped of their personhood and idiosyncrasies, often to make them easier to demean, denigrate and subjugate — and, in some cases, eradicate.” The continent of Africa, he points out, has been wiped of its identity. Fifty-four countries with nearly 1.5 billion people speaking more than 2 000 languages have been distilled into one “country”, “devoid of nuance and cursed to be forever plagued by deprivation”.

He acidly takes apart the fly-encrusted, starving-or-safari stereotypes of Africa. To counter them he sets out with a reporter’s forensic eye and the fondness of a homeboy to “unspool the inaccurate story of a continent, dragging this bludgeoned narrative towards reality”.

To understand Africa it is critical to understand how the region was divvied up between colonial overlords, who stole the best lands, split tribes, and forced markedly different cultures together into new nations against their will. It is a continent, then, birthed in deep trauma, in erasure. Faloyin lays bare this diabolical process with a chapter on “Seven Dictators”. He doesn’t shy away from the distressing facts of history, but reminds us that African countries were left with forms of democracy that did not necessarily fit the demographics the colonisers had created. It’s not as though Africans are somehow predisposed to evil despotism, he writes.

There’s a brilliant chapter titled “The Birth of White Saviour Imagery or How Not to Be a White Saviour While Still Making a Difference”. Faloyin falls just short of lampooning the “We Are the World” phenomenon — “Heavyweight musicians drenched in exceptional ’80s knitwear” — but has choice words for the “Do They Know It’s Christmas” phenomenon that raised £10 million for Ethiopia but was grotesquely insulting to the millions of Christian Africans who know very well when it’s Christmas. 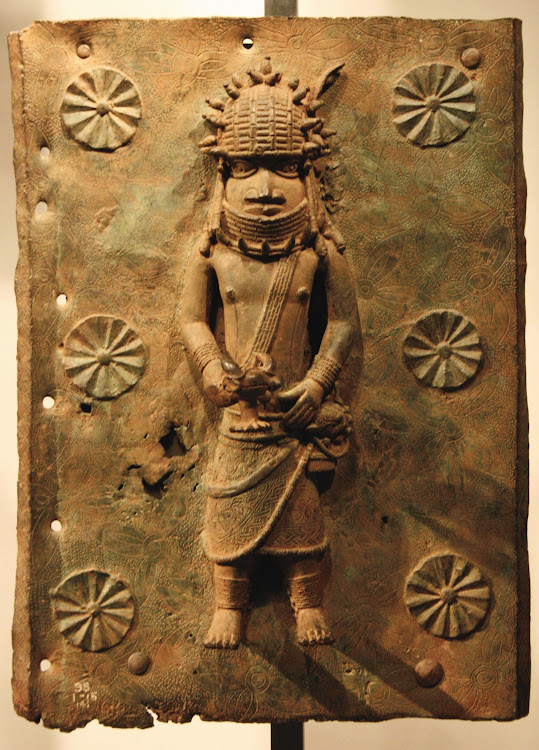 A Benin Bronze in the British Museum.
Image: Supplied

Perhaps the most arresting chapter is on the cultural artefacts that were stolen from Africa on an eye-watering scale, and that are now to be found in museums all over Europe. Most of us are aware of the Benin Bronzes in the British Museum; what’s less well known is what a sophisticated nation the Kingdom of Benin was. Hanging on the vast walls of the palace of the oba (traditional leader) were exquisite brass plaques, sculptures, and figurines that represented the oral history of the kingdom over 500 years. These priceless artefacts were looted wholesale by the British army in 1897.

Faloyin goes on to itemise other treasures pillaged from African countries such as Namibia, the Gold Coast (now Ghana), and Abyssinia (now Ethiopia) — piles of bloodied treasures ripped from their rightful owners and now behind glass in Europe. It’s said that 90% of Africa’s material cultural legacy is outside the continent. In the face of growing pressure for artefacts to be returned, governments and museums are dissembling, but at least one, France, has agreed to rehome the tens of thousands of items it has in its museums.

Strung through Faloyin’s exacting narrative are many warm and human stories. Of the Africa Cup of Nations, of the manic streets of Lagos — if you’re lucky you can hit three wedding receptions on one Saturday afternoon — and especially of Jollof rice, which for him sums up the soul of Africa. “Done right, and your Jollof should taste equally like a still Sunday afternoon at your parents’ house and the sensation of your table being placed next to a giant speaker emitting a medley of bone-thumping noises whenever the band gets carried away… With every mouthful you should taste the time your relay team finished last on Sports Day and you were immediately handed a bowl overflowing with strangely pink strands of soft rice as if it would heal your sorrow. It did. It should taste as you wish to be seen. It should taste as you and yours are known.”