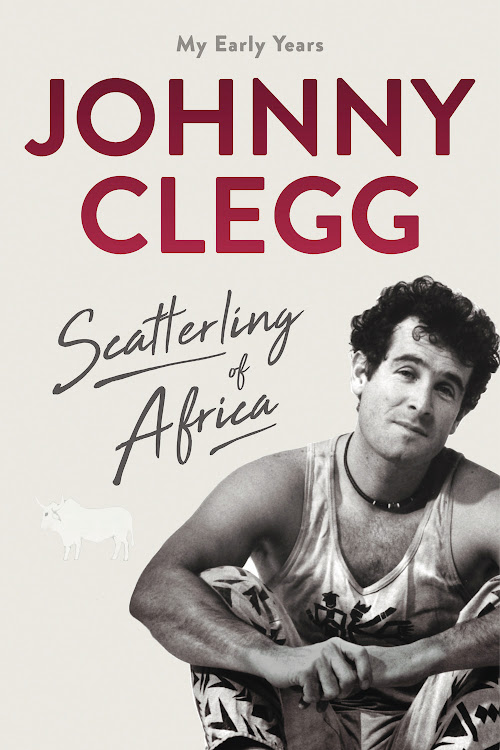 When Johnny Clegg died two years ago, there was an outpouring of grief for this phenomenal man whose music had stamped and jangled across the soundtrack of our lives for decades. He had been working on this memoir, his origin story, in fits and starts for years before he died, writing notes on his cellphone and scribbling on scraps of paper, capturing memories in voice notes and messages to his family. It was, they say, intensely difficult for him as he didn’t like to look back. He was always moving forward. “His warrior mentality kept his gaze firmly fixed on the road ahead.” He never did complete a final manuscript and so Scatterling of Africa: My Early Years (Pan Macmillan) is episodic and slightly fragmented. As he says, the story “winds through canyons of neural pathways”.

Some of those pathways touch on nodes so painful they accost us like blunt force trauma, and it is no wonder that he flinches from them. For instance, when he was a baby his powerful Jewish grandfather in Zimbabwe legally kidnapped him from his gentile father and family in England, brought him back to Africa, and blocked any communication between them. Clegg was 21 before he finally met his biological father and learned why he had never attempted to contact him before.Clegg’s mother Muriel was a peripatetic jazz singer and when he was just six she sent him to a remote boarding school in Zimbabwe. His brief flashes of hanging on the fence, crying and calling to her as she left, are agonising.

With the world gradually opening up again, and people thirsting to travel, there’s no better guide
Voices
6 months ago

He was 13 when he experienced another shattering kidnapping: this time his stepfather snatched Clegg’s tiny half-sister, taking her to Australia along with his young mistress. Frustratingly, he doesn’t tell us what became of them, only that he met his sister Diane again later in life. One can only imagine the trauma of this rupture, especially as Clegg had adored his stepfather. Dan Pienaar seems to have been a bit of a wide boy, charismatic and daring, a maverick journalist who embraced the esoteric and unconventional. He was also, as Clegg came to realise, a Coloured person of Cape Malay heritage “passing for white”, as they used to say. Pienaar exposed his stepson to the world of traditional and urban Black culture and often took him into the townships. “Subconsciously I believe Dan’s hidden pain in dealing with his racial identity subterfuge became part of my own identity.”

Identity, Clegg believed, could be constructed; it was a choice. He found little to relate to in his Jewish community and so, as the story famously goes, when he heard the notes of Charlie Mzila’s Zulu guitar one evening in the streets of Bellevue, he was wide open, a cultural clean slate. He was hungry for meaning, and he found it. He found his clan. And that clan of Zulu migrant workers would bring him dignity, pride, and kinship. Clegg didn’t appropriate a culture — he absorbed it and was absorbed into it. It sculpted him into a force who would change lives for the better and bring joy to millions. It provided him with a language that gave him true expression and an understanding of the world, and it taught him a stoicism and pragmatism that helped him overcome his chaotic, unstable childhood and go on to be a true pathfinder.

His times in rural KwaZulu-Natal with his close friend and band partner Sipho Mchunu changed him profoundly. With his curious eyes he saw everything — the busy isigingqathuvi rolling their balls of cow dung, how time slowed and stretched in the countryside and forced patience on a person, the unbreakable bonds of lineage, and the potent lore of the bull and its links to proud masculinity. In the rituals, in the transcending dance and the music of his people, Clegg touched the numinous. And as this memoir shows, he became an immensely wise but always humble person.He imbibed a simple philosophy: you cannot control what is going to happen to you, but you can control your response to it. He remembers standing on the banks of the Tugela with Mchunu and considering the patient wisdom of it, how rivers encounter rocks and mountains but always find their way to where they are going.

“Now, as I think about Juluka’s not always straightforward path, and the songs we wrote and sang, and how they shaped not only our lives but the lives and hearts of others too, I think back to that magical place and the mighty Tugela, carving its slow, magnificent way to the sea.”

The title Scatterling of Africa comes, of course, from one of his most famous songs. In another much-loved song, Clegg wrote that he was searching for the spirit of the great heart. These pages contain just that: the spirit of a great heart. It could have been the title, too.

Schapiro's memoir, formed from the stories he had told his son growing up, takes turbulence to another level
Voices
5 months ago