Carolyn Steyn, newly appointed to the board of the Johannesburg Philharmonic Orchestra, believes in the power of music to inspire hope 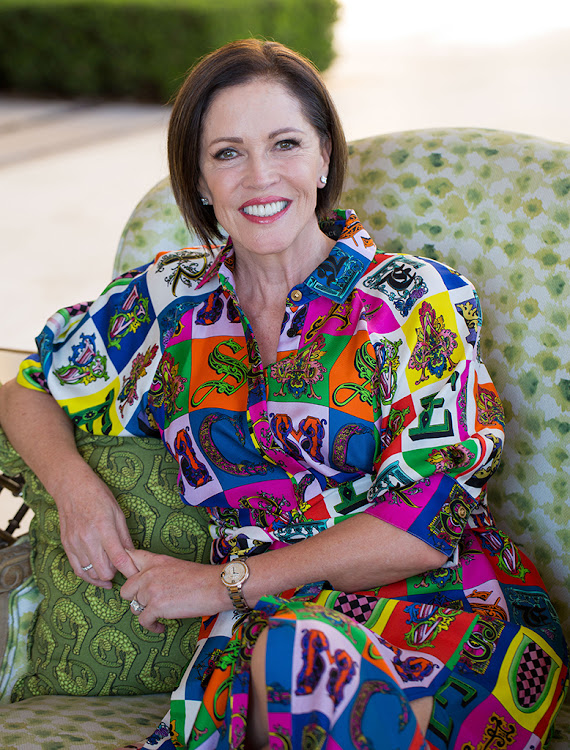 I’m Zooming with Carolyn Steyn. From my flat in Melville, I’m instantly transported into the luxuriously decadent sitting room of this doyenne of South Africa’s cultural and philanthropic world. In the background, Steyn’s two faun-coloured Yorkshire terriers dart back and forth under plush sofas and wingbacks. Steyn is perhaps best known as the founder of the 67 Blankets for Mandela Day initiative, a seven-year-old project that has seen thousands of underprivileged and previously disadvantaged people receiving warmth when they need it the most. I’ve met her before, when she kindly allowed Wanted to take over her home several years ago for a shoot with the Joburg Ballet. She’s as effortlessly gracious and charming as I remember her.

The reason for our virtual chat is that Steyn is soon to join the board of the Johannesburg Philharmonic Orchestra, known colloquially by classical-music aficionados as the JPO. She tells me that Bongani Tembe, the JPO’s chief executive and artistic director, approached her at a dinner with the offer of a seat on the board, but she was initially reticent. “I said, ‘Bongani, I’m not a corporate person, I’m not a lawyer, I’ve never been on a board except my own for 67 Blankets for Nelson Mandela Day.’” Tembe, however, wouldn’t take no for an answer, and motivated for her position at a subsequent board meeting. “Bongani phoned me afterwards, very excited, to say they had unanimously agreed that I could be an asset.”

Steyn’s passion for the performing arts goes back to her days as a student at Joburg’s Jeppe High School for Girls. She reminisces about when a group of actors from the old Performing Arts Council of Transvaal, or Pact as it was known then, first performed for a group of excited schoolgirls at Jeppe, where a star-struck and painfully shy Steyn was in the front row. “You could almost reach out and touch them… I just thought, ‘This is magnificent. This is what I want to do.’” She went on to audition for and star in the role of Saint Joan in her school’s production of the Bernard Shaw piece by the same name, a part that she got over the school’s most popular girl. A brief acting stint in Los Angeles ended with her return home for family reasons, but her dedication to and support of the arts and those who keep the shows going and the instruments playing has never waned.

Debbie Turner, the new Cape Town City Ballet CEO, has her sights set on turning the company around
Voices
3 years ago

Government backing for the arts and culture in South Africa is famously lacklustre, and has been so for many years. With the outbreak of the coronavirus, there’s now the added challenge of adjusting to a new normal where social distancing means fewer audience members and fewer tickets sold. I ask Steyn the inevitable question: in what way does she see herself contributing to the support of the JPO and the arts in general in her new position? “The talent in this country is extraordinary. We have world-class performers, world class musicians,” she tells me. For her, strong leadership and financial backing are the two primary pillars that she wants to focus on in her new role as board member of the JPO. “Government needs to become more involved. Johannesburg is a big city, and what is a city without an orchestra?”

“The songs I love come from musicals. I’m a musical fanatic,” Steyn confesses to me. She adores Andrew Lloyd Webber’s Phantom of the Opera, and cops to the fact that she organises whole holidays around the musical offerings in certain countries. Her favourite composer? “I love ballet music, so I’d have to say Tchaikovsky.”

You might well wonder: What does someone like Carolyn Steyn do to keep herself busy during lockdown? “Some of my friends talk about being bored during Covid-19. I’m not bored. I’m so busy!” she tells me. Aside from learning French and co-ordinating the 67 Blankets project, she also hosts (now from her lounge) the Classic Lunch from noon to 3pm Monday to Friday and the Weekend Wind Down on Saturdays from 6pm on Classic FM 102.7. I’ve been a religious follower of her sets for over a year now. Her mix of firm classical favourites with show tunes and big-band numbers is the ideal accompaniment to a glass of wine and a good book on a Saturday evening. She’s also a fan of long walks through the lush, landscaped surrounds of the Steyn City golf course, where she lives with her husband Douw. And yes, she has also been acquainted with the exploits of Joe Exotic, the principal character in Netflix’s Tiger King series.

Steyn believes that technology has a crucial role to play in keeping South Africa’s creative community alive and pumping as we stream performances directly into our sitting rooms and continue to support and engage with local talent virtually. The JPO, she says, has co-ordinated virtual concerts where individual musicians perform pieces of a composition from their homes and, through the miracle of editing, these segments are stitched together to form a complete orchestral piece. She believes wholeheartedly in the power of music and musicians to bring people together, to calm fear and anxiety and to sow hope where there is despair. Steyn’s advice for South Africa’s creative community in the time of Covid-19? “Hang in there. We’re all going through a terrible, unprecedented time. The theatres will open. The auditoriums will open. We will experience life again, maybe not quite the way we knew it, but we will appreciate it all so much more.”