Debbie Turner, the new Cape Town City Ballet CEO, has her sights set on turning the company around 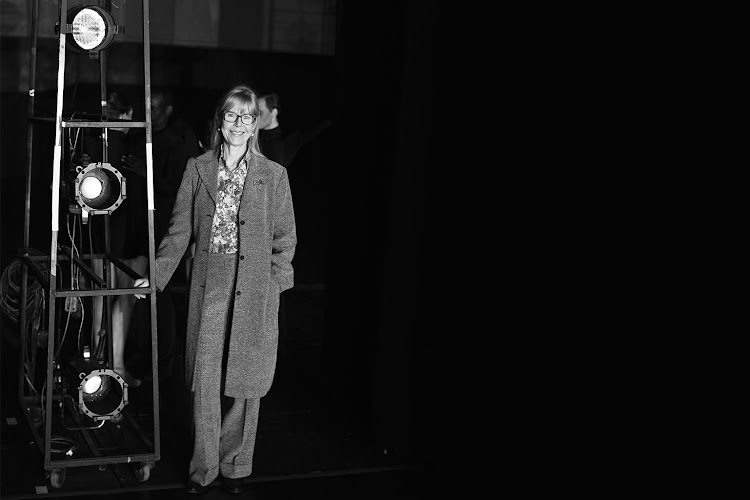 You can pick a dancer out of a crowd at a glance: their poise, grace and deportment instant giveaways. Less obvious traits are the self-discipline, dedication, resilience, and intelligence required to master their craft — they have no hope in hell of making it professionally without them. These are the qualities that have underpinned many a successful career in business for dancers who have eventually moved out of the performance arena; the kind of qualities the new CEO of Cape Town City Ballet (CTCB), Debbie Turner, has in spades. The day we first meet after her October 2018 appointment, she emerges from a board meeting, seemingly walking taller, wearing her strawberry blonde hair longer, and looking younger, more dynamic, and more determined to turn this company around than ever before. If anybody can do it, she can.

What is she up against? The southern hemisphere’s oldest ballet company, having been established as the University of Cape Town (UCT) Ballet Company in 1934, rebranding as CAPAB Ballet Company in 1964, and then as CTCB in 1997, has been floundering for a while. In a nutshell, faithful audiences have become disillusioned with the standard of performance; economic pressure and perceived high ticket prices have kept devotees away and possibly discouraged new fans; the company leadership has been in flux; and CTCB has had to find a new home after losing its long-established space at UCT.

Turner began dancing at the age of three, and completed a Bachelor of Music in Dance at UCT. She has studied and worked with world-renowned luminaries across multiple dance forms, performed professionally in Spanish dance under the direction of Dame Mavis Becker, and sat on the panel for the 2018 season of M-Net’s Dancing With the Stars South Africa.

The jewel in her crown, however, is the (now dormant) Cape Dance Company and its vocational dance school, the Cape Academy of Performing Arts.

So what made Turner apply for the position? “I had a soul-searching moment. It was a case of, have I got as far as I can in an independent space? Because for 35 years I’ve been fiercely independent but I thought I might just have achieved everything I could on my own,” she says. “And I was excited by the opportunity to change things. Many directors of classical companies have locked on to the need for a ballet company to be more than just Sleeping Beauty, Giselle and The Nutcracker to their audience. With no disrespect to the giants whose shoulders one stands on, there is a time when things have to change.”

“A 21st-century company that has its roots and life in classical ballet has got to emerge with something more, and that’s not to lessen what classical ballet is; it’s just that the diversity of repertory needs to address the population that can pay for tickets,” Turner explains. She keeps her eye on what’s happening in places that are leading dance in the world. “It’s about catering to all tastes, it’s about technique, and having athletes on your floor who can do anything you ask them to do.”

For CTCB, it demands an investment in choreographers and choreography that accrues in sterling, dollars, or euros. “It’s a big deal. It’s not extreme to say that a production of dance costs R3-million. And the dancers also need to earn a good wage,” she says.

I know that it takes time, imagination and financial security, and I think that CTCB has great potential to be sustainable

Ticket prices for the upcoming 2019 autumn/winter season are consistent with the investment being made in the new repertory. Ballet tickets have been underpriced for a long time, and Turner likens it to the cost a supermarket incurs to put a bottle of milk on the shelf. “If it costs R11, you can’t sell it for R5. If people want the ballet to improve, and to have ballet on their stages, we have to start increasing the cost of tickets — particularly when the Cape Philharmonic Orchestra is accompanying us, because that comes at a high cost,” she says. “Dance is so expensive to make and to make happen. To keep it affordable is a massive challenge, but I want my patrons to feel they are getting value for money because they are watching good ballet. Eventually I want them to be watching great ballet and certainly in Sleeping Beauty they’ll be doing that (because of the international guest stars invited to perform, some of whom are South African).”

CTCB is staging two productions at the Artscape Opera House in the 2019 autumn/winter programme: Amaranth, a triple bill that opened on 22 June, and Sleeping Beauty, which opens on 17 August. That’s only six weeks apart but when a dance company’s not on stage, it’s not making money. “Obviously, they can’t be on the stage every day,” says Turner, “but the company budget is R15-million a year. And that’s modest.”

There’s no question that exciting times lie ahead; not only for dance fans, old and new, but also for the artists themselves. “I know that it takes time, imagination and financial security, and I think that CTCB has great potential to be sustainable,” says Turner. “And I like making things work.”

• For Amaranth and Sleeping Beauty tickets, go to Computicket.

The Joburg Ballet moves into the twenty-first century with a series of minutes-long, contemporary videos
Art & Design
4 years ago