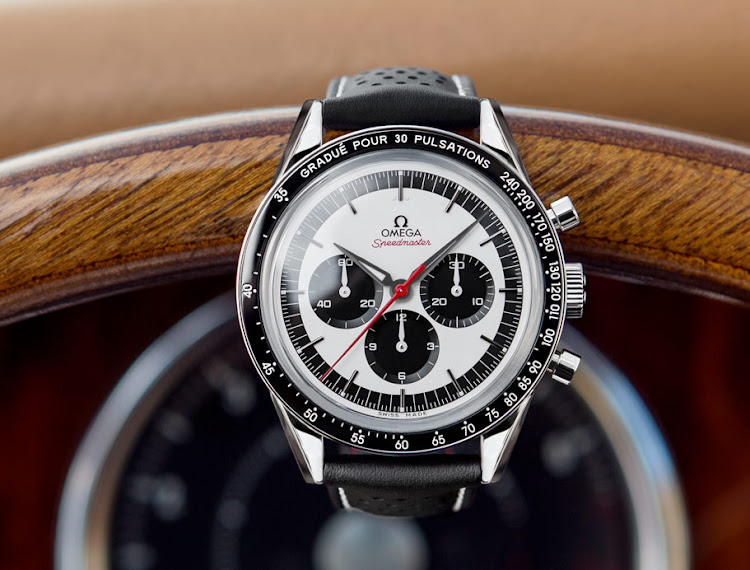 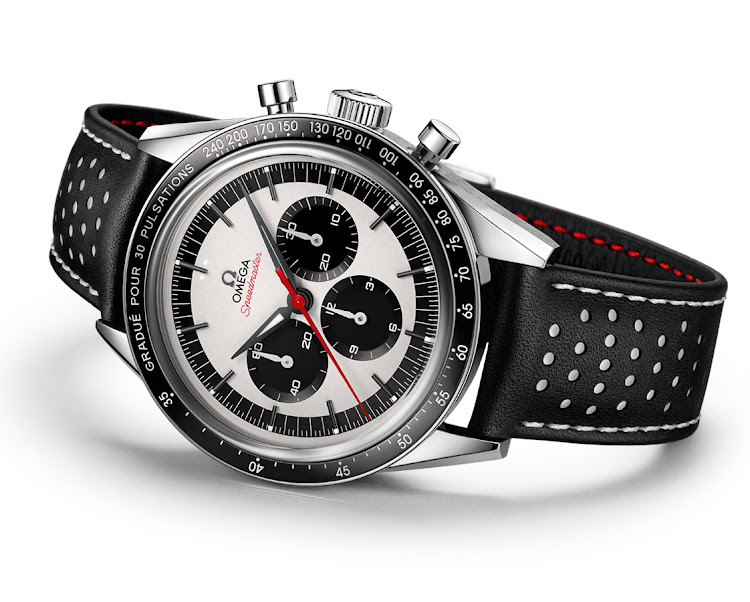 The chronograph is this year’s number one complication with anniversary releases, nostalgia-driven, vintage-inspired pieces and the demand for ‘useful’ tool watches backing this trend. From land to sea to air, the development of wristwatches has largely been inspired by great adventurers and our obsession with speed, but the biggest category features some of the most spectacular timepieces inspired by the high speed world of motor racing.

Chronographs have been around since the 1800s in the form of stopwatches but the first wristwatches to feature this complication where only presented in the 1950s. The original manual winding Omega Speedmaster 'Broad Arrow' was created in 1957 and is not only one of the most iconic chronographs but was also the first wristwatch with its tachymeter scale engraved on the bezel – a feature designed for the benefit of racing drivers. (A tachymeter is used to calculate speed based on travel time). Precision is everything when it comes to recording speed and the track is the ultimate testing ground for watchmakers.

To celebrate each Olympic occasion, Omega releases a limited collection of timepieces. This year's Winter Olympic Games has inspired the Seamaster ...
Watches & Jewellery
3 years ago

While recording speed at the track inspired the creation of the Speedmaster, when it comes to speed, I’m sure there’s nothing quite as exhilarating as hurtling into space. What’s more, for most people the legacy of this watch is associated with space exploration and the CK 2998, the first Speedmaster in space worn by astronaut Walter Schirra in 1962. The following year, with NASA approval Speedmasters were also worn on the Gemini and Apollo missions. A Speedmaster was strapped to Ed White when he made his spacewalk on June 3, 1965, and were worn by Neil Armstrong and Buzz Aldrin when they took their giant leaps for mankind in 1969.

The classic design of the original CK 2998 released in 1959 is the inspiration for the newest limited edition of 2998 pieces – there were earlier version presented in 2012, 2016 and last year’s gorgeous gold edition. Its 39.7mm stainless steel case features a lightly sand-blasted silvery dial with three black subdials, lume-filled ‘Alpha’ hands and contrasting red chronograph seconds hand. The new model is powered by the same precise, robust and reliable Calibre 1861 movement as the original. Back then, customers could choose from four different versions of the bezel (including tachymeter, pulsometer, decimal or telemeter) but the new version features a white enamel pulsometer scale, for checking heartbeats per minute, on a black ceramic bezel. 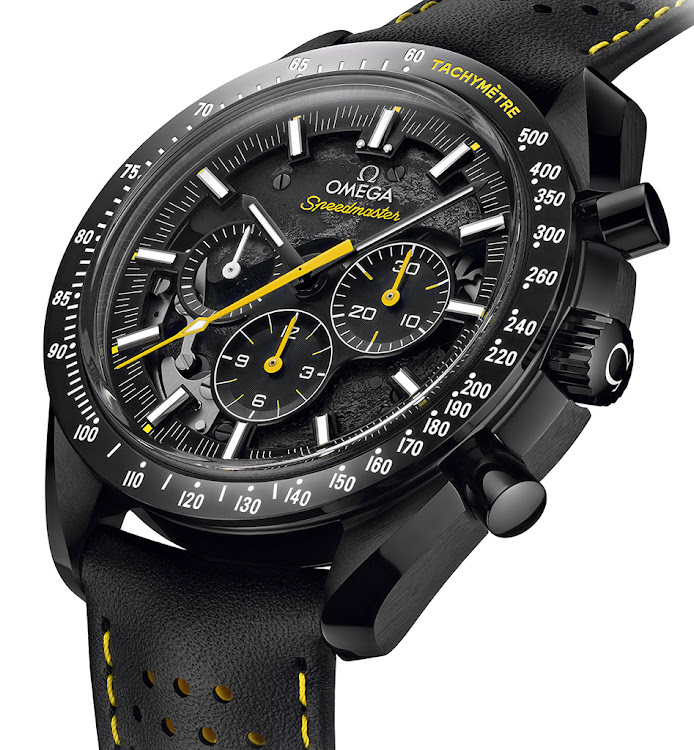 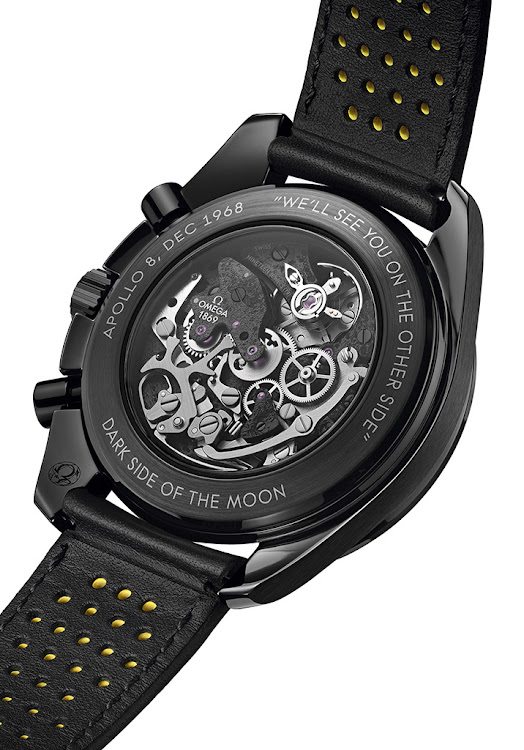 This year also marks the 50th anniversary of the Apollo 8 mission, the first to orbit the moon. In celebration, Omega has released the latest in its ‘Dark Side of the Moon’ collection, with a specially decorated version of their ‘Moonwatch’ movement. According to Omega, this calibre “deserves to be seen” and to achieve this has produced a skeletonised dial with decorative ablation on the bridges and main plate of the blackened movement, intended to represent the lunar surface.

The 44mm case is made from a single block of black zirconium oxide ceramic and features contrasting race-ready yellow markers and chronograph hands. The colour coding references its 1968 Speedmaster Racing model. The black and yellow theme extends to the leather strap. The tachymeter scale and crown are filled with Super-LumiNova to glow on the Dark Side. The words “We’ll see you on theother side” spoken by Command Module Pilot Jim Lovell on board Apollo 8 at the start of the pioneering orbit are engraved on the caseback. This blackened and decorative Calibre 1869 manual winding movement is also a tribute to the first moon landing, and a reminder of the Calibre 1861 movement in the original ‘Moonwatch’.

Quality time: allowing some complications in a simpler life

The Panerai L’Astronomo Luminor 1950 Tourbillon Moon Phases Equation of Time GMT is the chosen tool for the job
Watches & Jewellery
3 years ago
Next Article
© Wanted 2021 - If you would like to reproduce this article please email us.