Entries in timepiece awards are the ones to watch 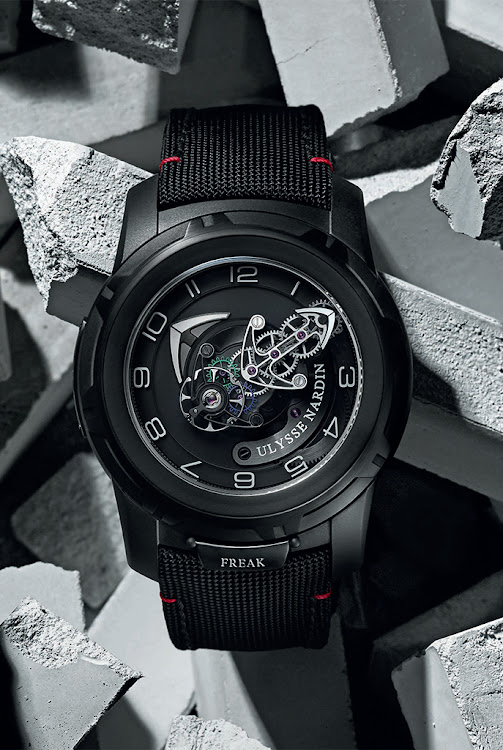 The Grand Prix d’Horlogerie de Genève is the most prestigious awards programme in watchmaking. The GPHG foundation announced its 2018 jury last week and opened registration for entries in the 18th edition of the awards. Two new prize categories have been added with one, the Challenge Watch Prize for watches retailing for below R50,000, reflecting younger people’s growing interest in accessible, but no less excellent, watches with mechanical movements. The other newcomer is the Audacity Prize, which will “honour a bold and offbeat approach to watchmaking”. This is going to be the one to watch as the focus here is not intended to be so much about innovation as it is about courageous risk-takers who provoke change.

A strong contender would be luxury Swiss watch manufacturer Ulysse Nardin’s avant-garde new Freak “Freak Out Black”. Although this is one of four Freak Out pieces, which are part of the latest update to the Freak collection first launched in 2001, it is no less deserving of consideration. The Freak not only features a unique design but was also the very first watch to use silicon escapement components.

Like its predecessors, this black PVD titanium Freak Out has no crown, dial or hands – the minute hand is also the movement – but the 45mm case and bezel (the grooved ring holding the cover of the in position) has been restyled to echo the InnoVision 2 Concept Watch seen at SIHH in 2017. It is powered by the in-house manual-wind caliber UN-205 with central “flying carousel” tourbillon. For time adjustments and winding, a small lock located between the lugs liberates the rotating bezel. The barrel has a seven-day power reserve and is wound using the rear caseback bezel mounted on ball bearings.

To celebrate the eleventh in the 12-year cycle, the Swiss manufacture has added to the Classico Collection with a lively looking creature on its Year ...
Watches & Jewellery
3 years ago

Quality time: allowing some complications in a simpler life

The iconic tank is most likely the first timepiece to spring to mind when we think of Cartier watches, yet it is the Santos that is getting all the ...
Watches & Jewellery
3 years ago
Next Article
© Wanted 2021 - If you would like to reproduce this article please email us.