In the beginning: how 'Wanted' became the beacon of luxury it is today

Peter Bruce started this magazine. He reflects on its conception 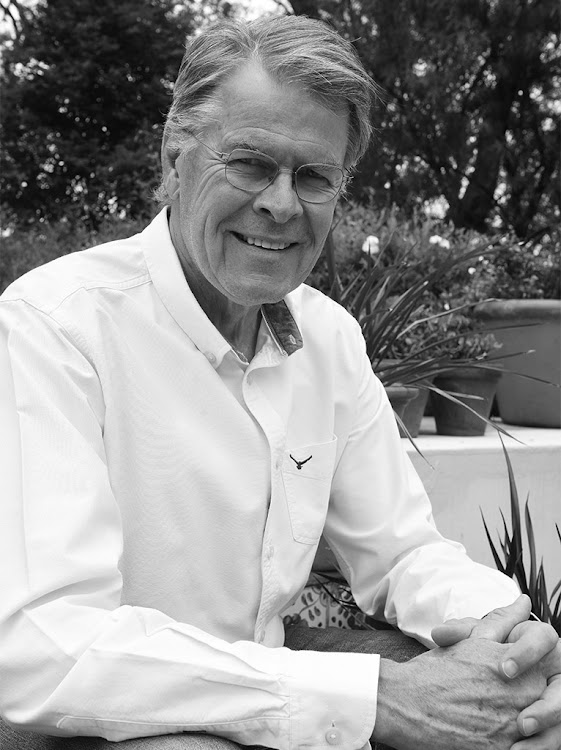 I am almost 300 years old, and I can’t remember the details, but it was 2004, and I was the God-like editor of Business Day. There was nothing I couldn’t do.

My word was law, and back then I was good-looking too.

I had a huge office with a fine balcony outside on which I used to smoke cigarettes, drink wine from the fridge behind my desk, and plot the future of the country with selected colleagues. Occasionally, I would venture into the newsroom, not so much to interfere as to luxuriate in the same heady pleasure I had when I walked into a newsroom for the first time 30 years before at The Mercury in Durban.

Typically, there was paper everywhere. I remember, clearly now that I write it, walking past the desk from where a chap I barely knew was running what then passed for the Business Day website. His name was Gary Cotterell. For some reason, all I knew was that he was from East London.

On his desk, peeking out from a pile of paper, was a magazine I’d never seen before. I picked it up and fell immediately in love. I do this. It was called Kulula.Comic or something like that: Kulula’s inflight magazine. I asked Gary about it, and he said he produced it in his spare time.

Safaris, offshore scores and smart stuff to turn you on this November

Ed’s Letter | All the small things…
Voices
3 years ago

In my mind at the time was the idea that while we couldn’t increase the size of Business Day itself, I wanted to fill it with useful and fun and sexy supplements. One, preferably, for every day of the week. We were having fun. At one stage we produced an entire A4-sized daily newspaper for SAA, back when it still had budget for fripperies. If you flew business class after noon, it would be there on your seat. We produced a weekly review of the African press, invented a property supplement, and created a motoring one as well.

But I had spent nearly 20 years on the Financial Times (FT), and I knew what a huge impact the creation of the FT Weekend had had on the FT’s business and standing. This was especially true of its luxury supplement, How To Spend It, founded and edited by Lucia van der Post, also a South African.

“We have to do something like this for the paper,” I said to Gary, who was immediately up for it. If there’s one lesson I learnt in journalism, it’s that you can have all the ideas you want, but if there’s not an editor to do it, you’re lost. And Gary Cotterell was perfect.

ON THE SEVENTH DAY

I spent a month or two trying to find sponsors, pretty sure that our management wouldn‘t take a risk without some cover. I got nowhere, but at some stage during that year I must have taken the idea to our MD, Mzi Malunga. We got on well, and he was an adventurous publisher. Could we try a local version of How To Spend It?

Fortunately, the board of BDFM, which then published the Financial Mail and Business Day, contained several FT directors. They owned half of BDFM. They could hardly have thought producing a luxury magazine here was a bad idea when it was working so well for themselves over there.

So it was that we produced our first edition of Wanted, after much fussing about a name (we thought of Glutton, but, even as we chuckled at the thought, rejected it), paper weight, and size, in December 2004. It was a long battle.

The first issue set the tone. It was a fashion shoot at a luxury bush lodge, Singita. The market was easy to identify, but the ads were slow. At one stage I remember the MD calling Gary and me to a meeting in his office. He was under pressure from the board to cut Wanted. It wasn’t making money. We begged and pleaded for time. Our knees still have thread ingrained from Mzi’s carpet. Gary started hosting networking events at the nearby Hyatt hotel in Rosebank. Gradually, it found the traction it needed.

This edition, under a new editor to end its 14th year, will, I’ve no doubt, be bigger and better than ever. But publications all start somewhere, and it’s important to honour your roots. Check out the big feature on luxe lodges, and if you kept a copy of the first shoot from Singita, you’ll see Wanted hasn’t forgotten its genesis.

- From the November edition of Wanted.