Restaurateur Saverio Cardillo has a thing for whisky, and he wants it to be savoured, celebrated, and shared 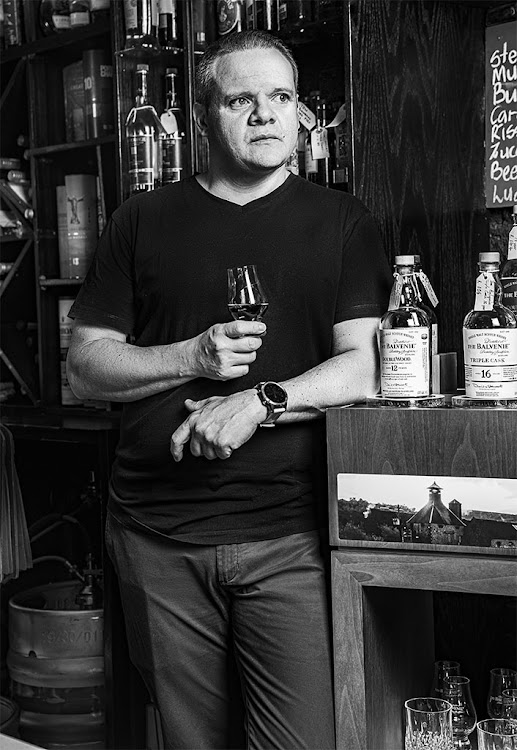 It’s no secret: whisky is for everyone. Or, more accurately, we’ve been told it’s for everyone. As the category explodes and competition becomes ever fiercer, brands are shrugging off their leather-chaired image in favour of more seats at the table. But as egalitarian as this may sound and as inclusive as it looks on Instagram, whisky is still rather pricey. So, much like the odious aspects of neoliberal ideology, this “all are invited” attitude is somewhat out of sync with the “not all can afford it” reality. There’s a gap between what’s promised and what’s possible. But, thankfully, the Robin-Hood spirit is alive and well, and there are those determined to bridge this divide.

Saverio Cardillo is that kind of guy. No, he doesn’t steal from the rich and give to the poor, but, with a burning desire to democratise whisky, he’s developed a few fairly smart ways of getting liquid onto lips and love into hearts. “Gooseflesh”. It’s the word he uses most when discussing the dram. He has a way of exclaiming it. There’s a slight inhalation of breath, his eyes scrunch up and then… voilà! He shows you the small bumps on his arm. This man really does feel for whisky, and he wishes the same for all of us.

My Italian’s not great, but I’m happy to believe that Saverio, or Sav, means “savvy”. Sure, I’m probably way off the mark, but his ability to attract both newbies and fanatics to his whisky tastings suggests there’s a very considered, practical mind behind the gregarious personality. These events take place at Bottega Café in Parkhurst, the restaurant he opened on 4th Avenue some two decades ago. In this warm, friendly, familial space, whiskies are shared informally, paired with his sumptuous menu. Novices ask questions, die-hards offer advice, and the ambience is not unlike an extended family gathering.

If you’re happy to veer off the predictable path, you’ll find a world of whisky that’s as surprising as it is intriguing
Food & Drink
1 year ago

“We welcome everybody into Bottega Whiskey Club,” he explains. “We’ve kept it very basic, and I want to continue to keep it basic.” That’s not to say what’s being poured is plain and simple. I was with him the night a small group, no more than 30, cracked open The Last Drop 1971 45 Year Old, a bottle that can cost close to R50,000. True to form, with everyone’s eyes wide and lit up from the first glass, he happily poured a second for all, and we polished it off right there and then. That’s what I mean by Robin Hood. He took something exclusive and made it accessible.

His club now boasts around 3,000 members, a solid foundation that has inspired him to run with some pretty big, bold ideas. Under the Whisky Cellar brand he now offers two ways in which fans can get their hands on some rather rare, often distant, drams. The first — an ongoing series of cask-strength independent bottlings — features some appealingly unusual whiskies. The initial batch includes spirits from Linkwood, Miltonduff, and Fettercairn — distilleries not widely known for their single malts. They’ll be killers, no doubt, but there’s a philosophy driving these choices that’s as important as quality. For Sav, it’s about authenticity. “Single casks are amazing,” he enthuses. “There’s no hiding from them. They’re the purest, truest form of whisky.” He and his Scotland-based business partners jointly select casks to take to market. But I suspect that, as much as it’s a group decision, these bottles will likely be infused with his personal character. I’m anticipating lots of flavour, some surprising nuance, and just a hint of irreverence.

And then there are the private casks. Yes, it’s exactly what it sounds like: a cask that can be privately owned, by you. You choose the spirit, you plan how you want it aged and barrelled, and Sav facilitates the whole process, keeping you posted with frequent samples. He’s built up relationships with a number of distilleries and is paying this forward to individuals, or groups, who want something completely unique. We’re talking hundreds of bottles that are unlike any others and can be rebranded with your family coat of arms or a photo of your wedding day — if you so choose. One of Sav’s clients is already serving these bespoke drams at his game farm, and another is thinking ahead to his newborn’s 21st, where guests will all be treated to their own special bottle. 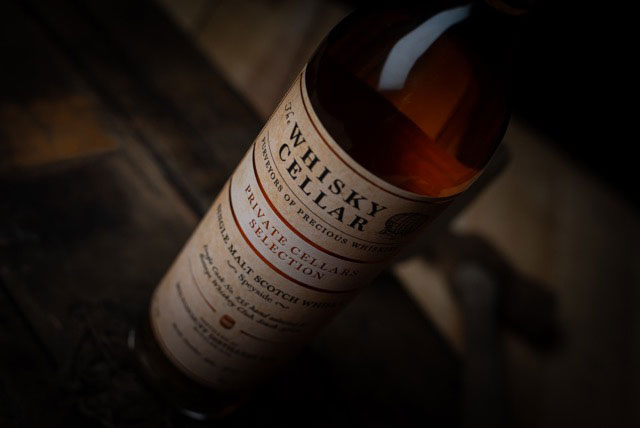 This all seems rather ambitious for someone who only started taking whisky seriously about three years ago, so I quiz him on his growth strategy. “You know when you plant bamboo?” he asks. I don’t; I’m not prone to gardening. But I get what he means: a small something, if carefully nurtured, can quickly grow into a strong, powerful something.

I wouldn’t be surprised if Sav has actually planted bamboo. He knows a lot of things about a lot of things, and this knowledge is mostly gained from experience. He studies the fine print on bottles and makes pilgrimages to his whisky heroes. He’s researched the difference between two-row and six-row barley. He and some friends sipped super-expensive Macallan from plastic cups in the rain at a bus stop in Edinburgh because “it couldn’t wait”. What was learnt there is debatable. He habitually recites the maturation specifics and alcohol percentiles of whiskies. He knows about history. He knows about developments. But mostly, Sav knows people, and he knows how important they are to the whisky experience. “Drinking alone is not pleasurable,” he declares. “But meeting new friends through a dram… it’s like a fresh friendship.”

Card-carrying “Whisky Bra” Vernen Pillay refers to Sav as “the Jürgen Klopp of whisky.” Being likened to the Liverpool manager might not be a compliment to a man who supports fierce rivals Everton, but it makes perfect sense to me. Like Klopp, his infectious passion has the power to bring out the best: in people, in their glasses, at tastings, and around the metaphorical table over which he presides. Here, he’s forever pulling up chairs and making space for those who are deserving of whisky’s special charm: everyone.

Rebranding brandewyn: Why brandy deserves a spot in your drinks cabinet

Six tipples to add to your drinks cabinet

Wade Bales handpicks a range of tipples, from botanical gin to bitter-sweet aperitif, to add to your collection
Food & Drink
1 year ago