Rebranding brandewyn: Why brandy deserves a spot in your drinks cabinet 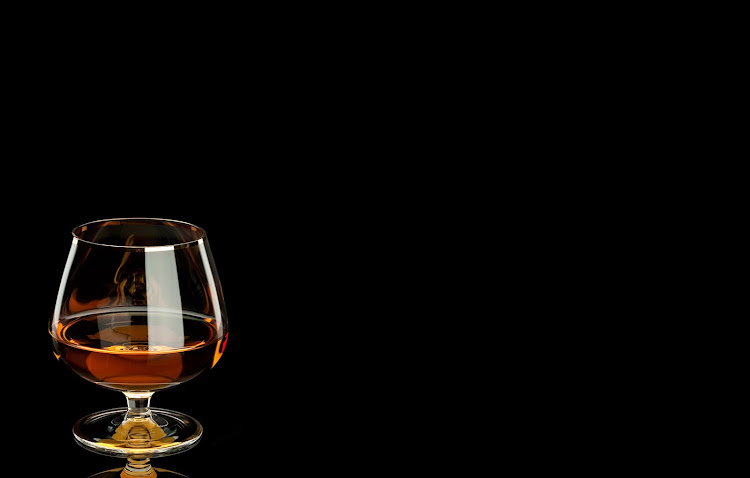 After centuries of being South Africa’s spirit of choice, the recent past has seen humble brandewyn fighting for space in your drinks cabinet.
Image: Supplied

What comes to mind when you think of brandy? A Vrystaat farmer in a two-tone shirt on the stoep, mixing his tipple with cola? A captain of industry in a deep-buttoned Chesterfield by the fireside, cradling a 21-year-old (brandy, that is)?

Truth is, there’s a brandy to suit all of the above, but after centuries of being South Africa’s spirit of choice, the recent past has seen humble brandewyn fighting for space in your drinks cabinet.

A tale of two tipples

Karate Water or Cognac’s cousin? When it comes to South African Brandy, there exists two parallel yet contrasting perceptions
Food & Drink
3 years ago

Since the early 2000s the brandy industry hasn’t had it easy. First came the influx of Scottish whiskies, whose savvy marketing and pleasing prices took a slice of what, in industry parlance, is dubbed “the share of throat”. The craft-gin revolution dented demand even further. Throw in tough economic conditions and price-sensitive consumers, and brandy had a perfect storm on its hands.

“Since 2009 brandy consumption has been under huge pressure,” says Christelle Reade-Jahn, director of the SA Brandy Foundation (SABF), which represents most of the country’s brandy producers and has worked hard to reinvigorate the category through consumer events, trade engagement, and promoting brandy tourism.

“The brandy category is like an oil tanker: it’s massive, so it takes time to turn around. But in the past few years we’ve seen some fantastic recovery,” adds Reade-Jahn. “While volumes are still under pressure, we are definitely seeing value growth.”

The balance of value versus volume is crucial. Blended brandies (see below) are made to be mixed and are aimed squarely at a price-conscious market. Pot still brandies, however, are a premium product meant to compete against single malt whiskies and imported cognac.

Whichever you prefer, chances are they both begin in a vineyard of chenin blanc or colombard grapes, somewhere in the Cape winelands. Here they’re picked — earlier than usual, to capture acidity and fruitiness — and fermented into wine. And plenty of it: approximately five litres of wine are needed to make a single litre of brandy.

That base wine is distilled, removing water and grape solids, to create a “low wine” of around 30% alcohol. The low wine is then distilled a second time, and it’s here where the art of the distiller comes into play, separating the “heart” of the spirit from the “heads” and “tails”.

The brandy category is like an oil tanker:
it’s massive, so it takes time to turn around

While the heads and tails are filled with volatile compounds and harsh flavours, “the heart is pure, with the beautiful, floral, fruity flavours that you want to capture,” explains Marlene Bester, master distiller at Van Ryn’s Distillery in Stellenbosch. “This part of the process is crucial, and it’s all done on feel and intuition.”

After this second distillation the spirit is matured in oak casks for at least three years before being tasted and evaluated. It will then either be blended with a neutral grape spirit for blended brandy, or returned to oak barrels for further maturation.

The problem facing brandy producers is how to shift the focus onto premium pot still brandies without alienating the traditional market fond of cheaper blended spirits.

“It’s an incredibly difficult balance,” says Reade-Jahn. “Positioning our excellence in pot still brandy, and educating consumers how to drink it, while also maintaining current market share with blended brandies.”

Although sales of pot still brandies make up just a fraction of current production — around 5% — for many producers the shift towards premium brandies is essential to the future sustainability of the industry.

“Premiumisation is not just the best option for the brandy industry, it’s the only option,” says Danie Pretorius, commercial manager of Oude Molen Distillery in the Elgin Valley and a member of the Cape Brandy Distillers Guild.

The guild was launched in 2015 with the aim of growing pot still sales through promoting provenance, uniting behind the descriptor of “Cape Brandy”.

“Pot still brandy describes the process, but it doesn’t sound very premium. The idea, especially moving into foreign markets, is to tell brandy lovers where it’s from and what it is; to establish the term Cape Brandy as something that stands for a certain level of quality,” says Pretorius. “Our pot still brandies are literally the best in the world; the challenge is getting consumers to understand why a bottle of brandy should retail at R500, R600, or R700.” 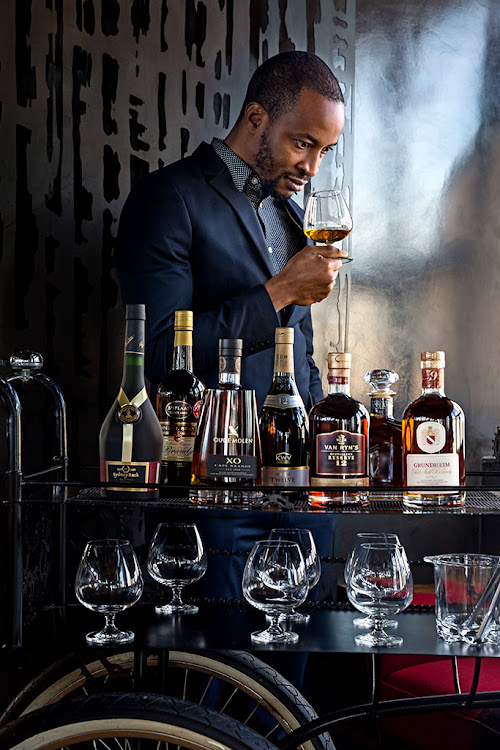 Despite these accolades, less than 20% of brandy production gets exported. Compare that to France and Scotland, where more than 90% of all cognac and Scotch whisky is exported. “There exists an incredible opportunity to go into overseas markets with our premium pot still products,” says Reade-Jahn.

For now though, it’s an opportunity still waiting to be seized by local brandy producers. For our money, the Cape Brandy Distillers Guild has the right approach: flagging the provenance, heritage and quality of brandy crafted in the Cape. But they’ll need a united front to gain real traction overseas, and the two largest distillers, KWV and Distell, are yet to sign on. So until they, and overseas markets, catch on — why not pour yourself a measure of the Cape’s finest “burnt wine”. With, or without, eish.

The word brandy derives from the Dutch term brandewijn, literally “burnt wine”. And if the records are true, we have a cook aboard the Dutch ship De Pijl to thank for the local brandy industry. Anchored in Table Bay in 1672, the industrious cook managed to turn two leaguers (1,164 litres) of Cape wine into three ankers (126 litres) of brandy. The rest is (perhaps slightly fuzzy) history.

To be labelled as premium pot still brandy, the spirit must be twice distilled in copper pot stills, before being matured in oak barrels smaller than 340 litres for at least three years. When bottled, the alcohol con­tent must be a minimum of 38% alcohol by volume (ABV).

Blended brandy is made from a blend of unmatured wine spirit and pot still brandy; at least three years old, and a minimum one-third of the final blend. Because it’s typically used in mixers, it’s bottled at a higher alcohol content of 43% ABV.

Seven tipples to add to your drinks cabinet

Wade Bales handpicks a range of tipples, from lager to craft gin, to add to your collection
Food & Drink
1 year ago

Brandy gets its cool back

Late nights with a snifter and a cigar are unlikely to ever go out of vogue, but it’s the revival of classic cocktails, and a raft of international ...
Food & Drink
2 years ago

If you’re happy to veer off the predictable path, you’ll find a world of whisky that’s as surprising as it is intriguing
Food & Drink
1 year ago