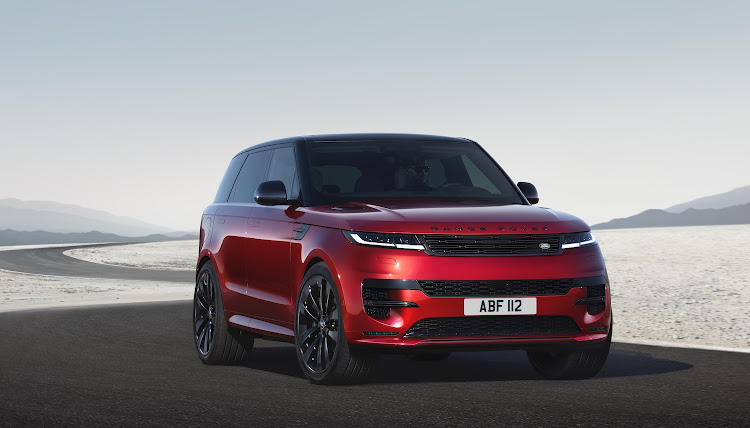 The new Range Rover Sport has a more menacing look about it.
Image: Supplied

The Range Rover has been with us for 50 years and the fifth generation will arrive in SA in a few months, but if it’s too majestic and not sporty enough for you, then it’ll be followed by this, the new Range Rover Sport. Now in its third generation, we had a sneak preview at Jaguar Land Rover (JLR) HQ in Gaydon, England.

In the words of the brand’s design boss, Gerry McGovern, it will represent “sophistication that redefines sporting luxury”. That essentially means it will have all the comfort of a Range Rover but it will go around corners much faster and louder.

It looks distinctly different to its more luxurious sibling, with slim headlights, the longest roof spoiler in the brand’s history and a rear design that aims to make it look closer to the ground. There’s a full width strip at the back, new wheel designs and a number of other exterior changes, all contributing to what could be described as an evolutionary look. The aim is obviously to make it look more athletic, but it also has a more menacing look to it, the kind that might make drivers of rival models move over when they see it in their rear view mirror.

Aston Martin has just revealed its DBX707, the world’s most powerful production SUV, but do we need performance SUVs?
Cars, boats & planes
4 months ago

Inside there’s a higher console, smaller steering wheel and a second cowl over the instrument cluster that interior design manager, Lee Perry told us is reminiscent of high-end sports cars. The dashboard has more of a slope to it, the seats are 20mm lower than the regular Range Rover and there’s a feeling that you are closer to the road, closer to the action.

When it comes to the interior trim choices. Aimee Capelett, colour and materials designer at JLR, told us that they’ve tried to redefine luxury materials, with new, more environmentally friendly fabrics and even floor mats made from 78% recycled materials. Of course you can still have traditional leather if you want to be part of the cool crowd then sustainable is the way to go. 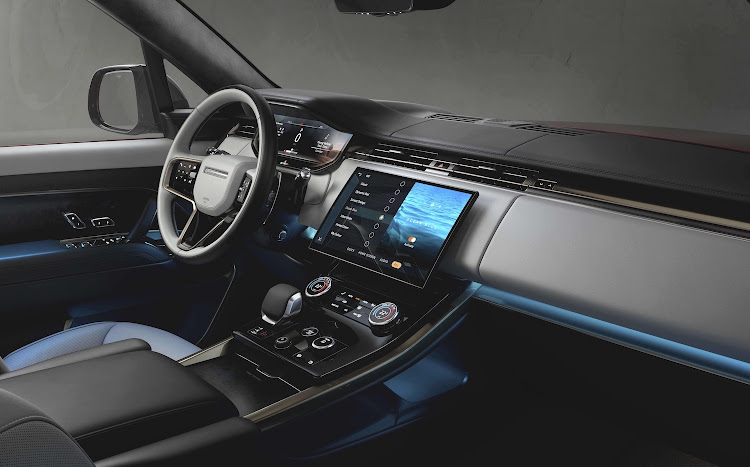 The interior offers some of the comfort of the Range Rover but design and materials that give it a sportier ambience.
Image: Supplied

Then there’s an amazingly detailed new carbon fibre, which is made from chopped up pieces that are reassembled and coated, ensuring that every piece is unique. New colours with names like Giola Green and Firenze Red have also been added, although the Concept Red used in some of the reveal images might only be available from JLR’s bespoke department, Capelett says they haven’t decided yet.

There’s more space than the old model too, with 20mm more legroom and 55-litres more boot space, all of which contributes to that sporting luxury we are being told about. 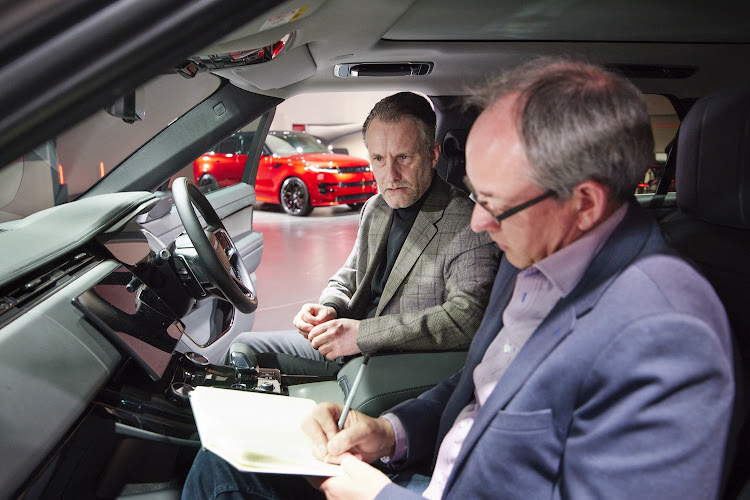 When it comes to the sporty bit, there are lots of changes. Under the bonnet will be a choice of petrol or diesel engines, as well as the P510e, a plug-in petrol-hybrid that offers a range of up to 740km with up to 113km of pure electric driving while still delivering a 0-100km/h time of just 4.5 seconds. If you’re after an all-electric version, then you’ll have to wait a couple more years.

The MLA-Flex platform that underpins the Sport is stiffer than in the old model and there’s an extra 7mm of width between the wheels. All models will feature a new dynamic air suspension system and there are new twin-chamber air springs that aren’t on the regular Range Rover. It benefits from a new dynamic mode. rear-wheel steering and an integrated chassis control system that can make decisions in 1/500th of a second. As Nick Collins, executive director for vehicle programmes told us, the new Sport is “bristling with the latest tech”. 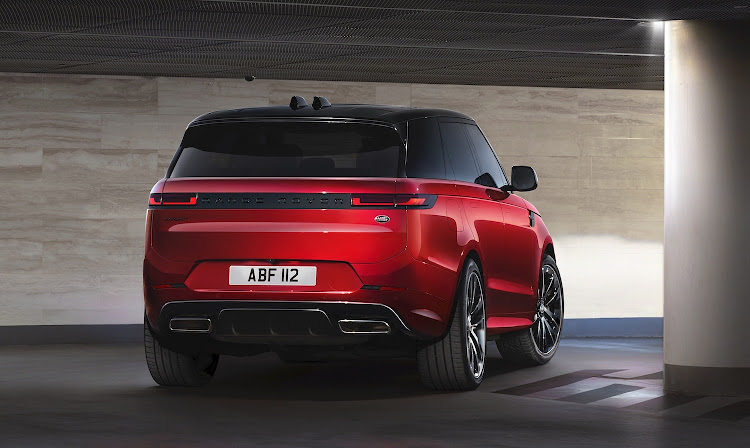 The rear has a minimalistic look that also tries to make the Sport look closer to the ground.
Image: Supplied

That includes lots of cool stuff to tell your friends about round the braai, such as digital LED headlights that contain 1.3-million micro-mirrors, floating panel surface LEDs at the rear and the latest 13.1-inch Pivi Pro infotainment display that connects you to the world.

Let’s also not forget that this is a Land Rover at its heart, so it has been engineered to cope with driving off-road, not that many owners ever will. It can rise 135mm, has more than half a metre of wheel articulation and can wade through up to 900mm of water, the latter always a possibility on Joburg roads when a pipe bursts.

So if the new Range Rover just isn’t sporty enough for you, now there’s a solution and one that will be storming into SA towards at the end of 2022.

The Festival Automobile International looks beyond practical or performance aspects to highlight the passion for cars
Cars, boats & planes
5 months ago

The New Range Rover takes comfort to the max
Cars, boats & planes
6 months ago
Next Article
© Wanted 2022 - If you would like to reproduce this article please email us.