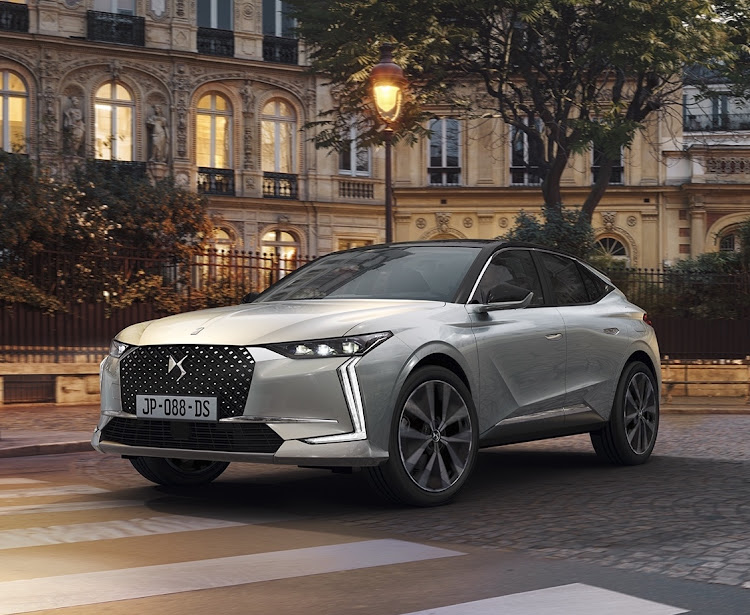 The DS 4 took the award for the Most Beautiful Car of the Year.
Image: Supplied

The motoring world is full of awards; this and that car of the year competition, trophies for best family car, best sports car, best interior and so on. Then there are the awards from the Festival Automobile International. It you haven't heard of it that’s probably because its the result of deliberation by some of the best minds in the world of design, art and culture, rather than marketing.

The awards were instituted by French architect Jean-Michel Wilmotte, who has worked on projects ranging from Montblanc stores to the Incheon International Airport in Seoul. He pulled in designers, artists and even names from the world of motorsport to create a jury that looks not just at the cars, but also at  the idea of the car as art.

That is why there are awards for beautiful cars, but also for the best advertising film, the best young designer and the most beautiful automotive book. The awards go way beyond how a car drives, to include how it is designed, how it is portrayed and how it makes use of technology.

The finalists for the Grand Prize for the Most Beautiful Car of the Year were the BMW i4, Citroën’s C5X DS 4 and Peugeot’s 308. There’s a price cap so it can’t be won by an exotic sports car or luxury limo; instead it’s all about an everyday car. The winner was the DS 4, which has evolved out of Citroën to be a premium brand within the wider Stellantis group.

The stunning Ferrari Daytona SP3, designed by Flavio Manzoni, took the Grand Prize for the Most Beautiful Supercar, beating the Alpine A110 Legende GT, Lamborghini’s LP 780-4 Ultimae and the Aston Martin Valhalla. Sitting above this category is the Grand Prize of the Most Beautiful Hypercar but it wasn’t the McLaren 720s GT3X, or the Aston Martin Valkyrie Spider or the Genty Automobile’s Akylone that won, but a Peugeot — the 9X8, which is the French marque’s entry into the new Le Mans Hypercar racing category. 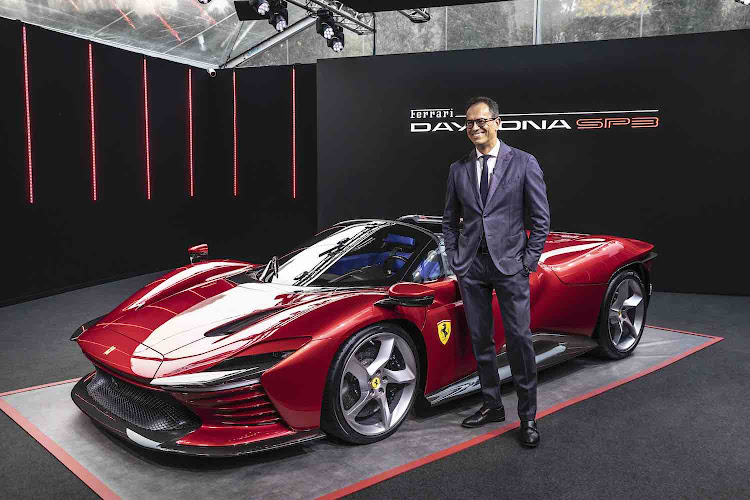 The Ferrari Daytona SP3 received the award for Most Beautiful Supercar and its designer Flavio Manzoni won the Grand Prize of Design.
Image: Supplied

One of the toughest categories has to be the Most Beautiful Concept car, not just because it is the only award where the public also gets to vote, but because concept cars are often designed more like automotive art than a real production car. The nominees included the dramatic Audi Skysphere, the Smart Concept #1 and the Lexus LF-Z Electrified, but it was the awesome little Renault 5 Prototype that won the silverware. It was a convincing victory too, taking 70% of the public votes. Granted, like the DS and the Peugeot, the Renault is a French car and the competition is based in France, but we have to agree on this one. The 5 Prototype looks brilliant. Hopefully this won’t be a concept that changes too much for the production model because we really like it, its original Renault 5 inspiration and its cool, urban looks. 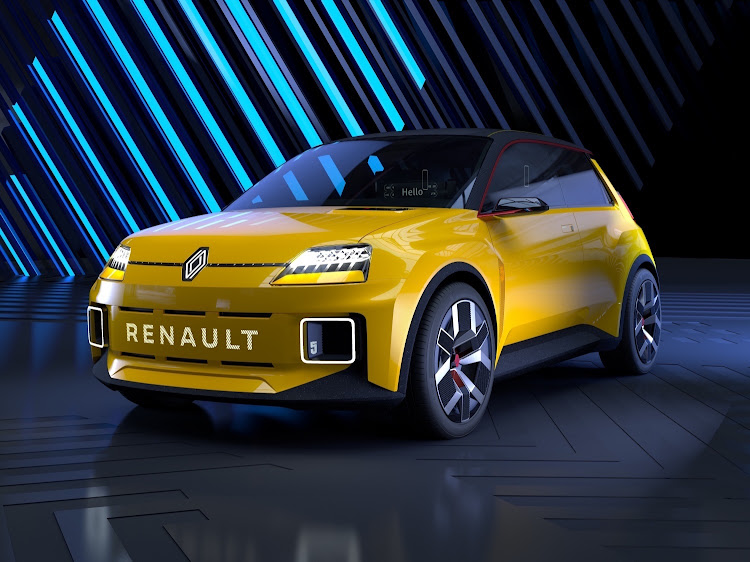 The Renault 5 Prototype won Most Beautiful Concept Car and we hope the production model won’t change too much.
Image: Supplied

A fascinating and topical award is the Creativ’ Experience. This goes to a car or part of a car that provides a specific interaction with the driver. As such the finalists included the Mercedes-Benz MBUX Hyperscreen — the system used across the dashboard of the EQS luxury electric vehicle — along with the Audi Skysphere, BMW i-Vision Circular and Canoo Truck. BMW won and was  cited for its interactive 3D sculpture in place of an infotainment screen, and for its approach to the circular economy. 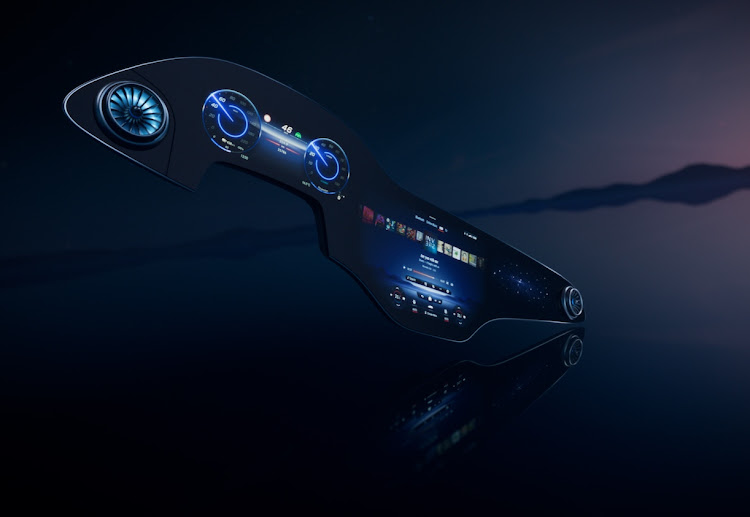 The Mercedes-Benz MBUX Hyperscreen was a finalist for the Creativ’ Experience award.
Image: Supplied

The prize for the Most Beautiful Book went to Ultimate Collector Cars. Curated by Charlotte and Peter Fiell and published by Taschen early in 2021, it is an incredible compilation spanning two volumes which together weigh more than 11kg. They contain some truly wonderful stories of some of the greatest automobiles ever made. It’s not about the usual models like the Jaguar E-Type or the Lamborghini Miura, but those that sit in some of the world’s greatest car collections, the ones that rarely change hands at auction. The book is not only a piece of art in itself, but an essential catalogue for any car collector. 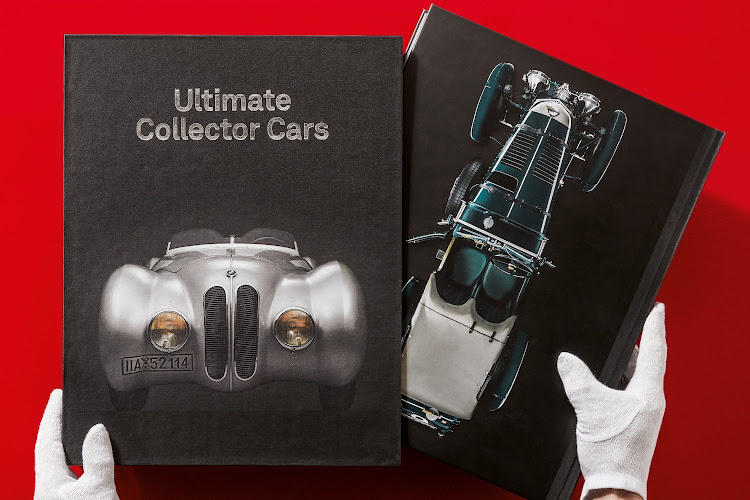 Alpine took the award for the Best Advertising Film while BMW won the Best Advertising Poster for its new 4 Series coupé and convertible. Ferrari’s chief designer Flavio Manzoni received the Grand Prize of Design and the jury’s Special Prize, which goes to the year’s standout vehicle, personality or company, went to the new Range Rover.

As the year draws to a close, we look at some of its new models and what 2022 has in store
Cars, boats & planes
4 months ago

The New Range Rover takes comfort to the max
Cars, boats & planes
4 months ago
Next Article
© Wanted 2022 - If you would like to reproduce this article please email us.