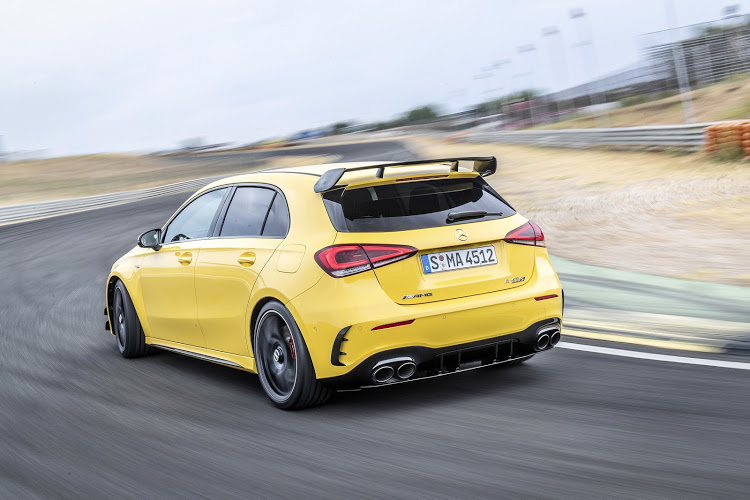 The new A45 S rolls into town as the king of hot hatches.
Image: Supplied / Business Day

The Mercedes-AMG A45 S has gone on sale in SA as the first million-rand hot hatch you can buy.

Now that dealers are allowed to sell cars again under revised Covid-19 lockdown conditions, the muscular compact Mercedes will be yours for R1,067,840.

It is a steep premium over rival high-performance hatchbacks, most of which retail for between 600k to 700k, but the Mercedes is also the most powerful of the breed with outputs of 310kW and 500Nm, pummeling all opposition. The car that came closest was the Audi RS3 with 294kW and 480Nm, but it isn’t available in SA anymore.

At the heart of the Merc’s hot-blooded package is the M139, the world’s most powerful series-produced four-cylinder engine, a turbocharged 2l with technology like friction-reducing cylinder nanoslide coating as used in Merc’s championship-winning Formula One engines. It’s assembled in the one-man-one-engine philosophy in AMG’s Affalterbach headquarters in Germany.

In both cars, an eight-speed AMG Speedshift dual-clutch transmission channels the power to the road via 4Matic all-wheel drive. It’s an intelligent AWD system that diverts torque between the front and rear axles as driving conditions demand, while a limited-slip diff varies power between the rear wheels. The traction control can be deactivated for power-sliding antics.

An optional AMG Ride Control adaptive damping system offers three different levels of suspension firmness and there are six driving modes, from Slippery to Race, turning the car from a commuter to a track tracer at the push of a button. 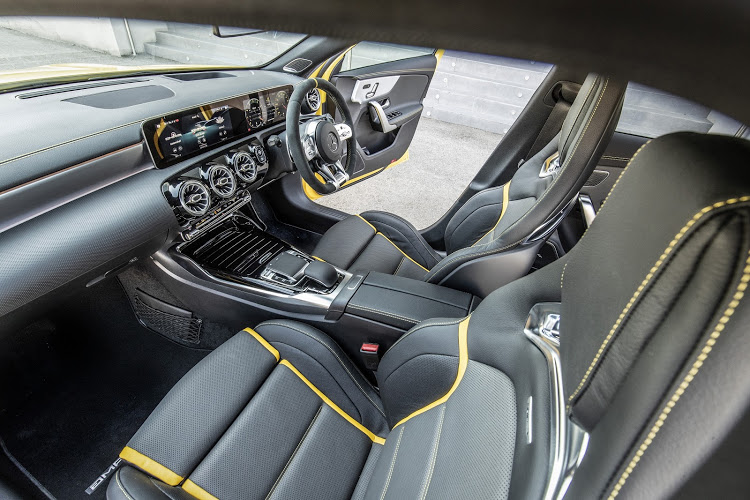 The A45 S models are distinguished by their AMG-specific radiator grille with vertical louvres. There are also bonnet domes, a sizeable boot spoiler, and flared wheel arches to sport-up the visual vibes.

The cars come standard with the hi-tech MBUX infotainment system but there are a raft of extra-cost options on offer including head-up display, reversing camera and lane-keeping assist.

As a slightly softer high-performance model, the A-class is also available as a Mercedes-AMG A35 4Matic with a 225kW/400Nm 2l petrol turbo engine.

From a simple tiller to a hi-tech command centre, Mercedes-Benz takes us on the journey of the steering wheel since the 1800s
Cars, boats & planes
2 years ago

The new 2 Series Gran Coupe from BMW is spacious, stylish and sporty

With the digital-savvy new Defender soon to be launched in SA, Denis Droppa explores the lore of the original Land Rover
Cars, boats & planes
2 years ago