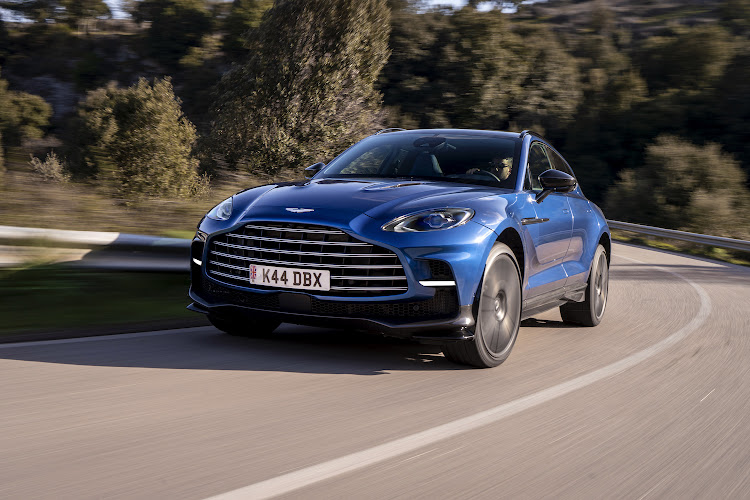 The design changes for the DBX707 are more about functionality than image.
Image: Supplied

Aston Martin is going through some radical changes. It has a new owner in Canadian billionaire Lawrence Stroll, a new boss in former head of Mercedes-AMG Tobias Moers and it has a completely new design strategy that started with the DB11. Like most of its luxury rivals, it also now has an SUV, the DBX, which accounted for half its global sales in 2021.

When Moers came in, he immediately set to work getting more out of the Vantage sports car, so it’s no surprise that he’s done the same with the DBX, creating the DBX707, which is currently the world’s most powerful production SUV with 707hp (520kW) and 900Nm of torque. We’ve discussed the pros and cons of performance SUVs before, but they’re here to stay and everyone from BMW to Ferrari and Porsche to Lamborghini is competing in this space before everything goes electric.

We found ourselves in Sardinia, in the hotel where scenes from the James Bond movie The Spy Who Loved Me were shot, although the star of that movie was not an Aston, but the Lotus Esprit. We had no plans to recreate the famous scene where Roger Moore drives out of the sea onto the beach, but we did tackle some of the roads that were used in many of the classic chase scenes.

Aston Martin has just revealed its DBX707, the world’s most powerful production SUV, but do we need performance SUVs?
Cars, boats & planes
3 months ago

There’s much more to the DBX707 than just the power numbers or its R5.5m price tag. Its designer, Marek Reichman, told us that he and his team went to great lengths to ensure the SUV looks as though it’s gripping the road even when standing still, but he didn’t want it to look overdone, and it doesn’t. There are some noticeable differences such as the wider rear, unique wheels, deeper grille and a larger rear spoiler, but it’s all about the engineering. 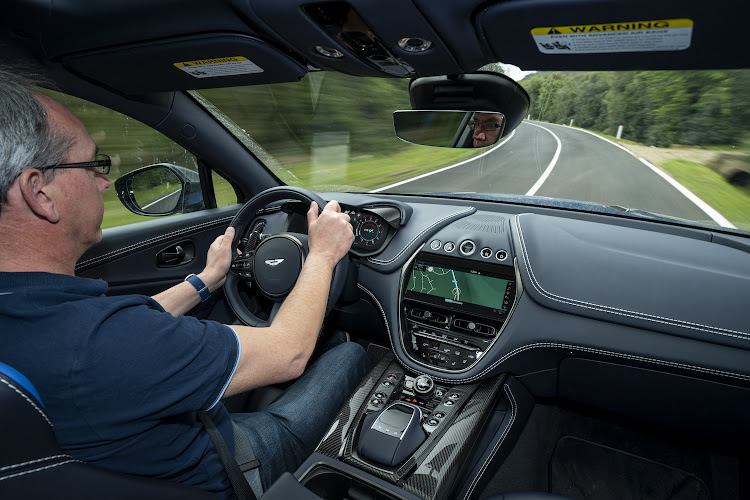 What all of this translates to though is an SUV that is a surprisingly impressive all-rounder in the way you would expect of a traditional GT (grand touring) car but with a higher driving position and more luggage space. It’s remarkably quiet and smooth on the highway and even around town with almost discreet gear changes, minimal road noise and an engine that has been engineered not to wake the neighbours.

That is until you want to — and then a quick turn of the new driving modes dial in the centre console hikes everything up a few notches. The exhaust gains a road, the accelerator quicker to respond and the steering even more precise. There’s no ignoring the weight of the thing, especially when travelling at pace on twisty Sardinian roads, but it has a level of agility that shames many other performance SUVs. 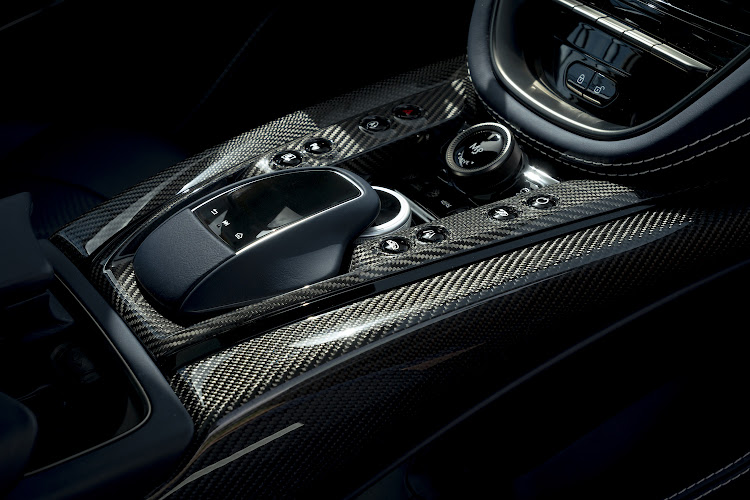 The interior gets a few tweaks including a revised centre console with a new driving mode dial.
Image: Supplied

There’s a slight element of lag from the transmission in GT mode, but in its various Sports modes it is responsive and rapid, not in a brutal Lambo kind of way, but in a more civilised Aston kind of way. Even when you engage launch mode, it will fire its way to 100km/h in just 3.3 seconds but without you feeling like you’re experiencing the g-forces of a Formula 1 car. 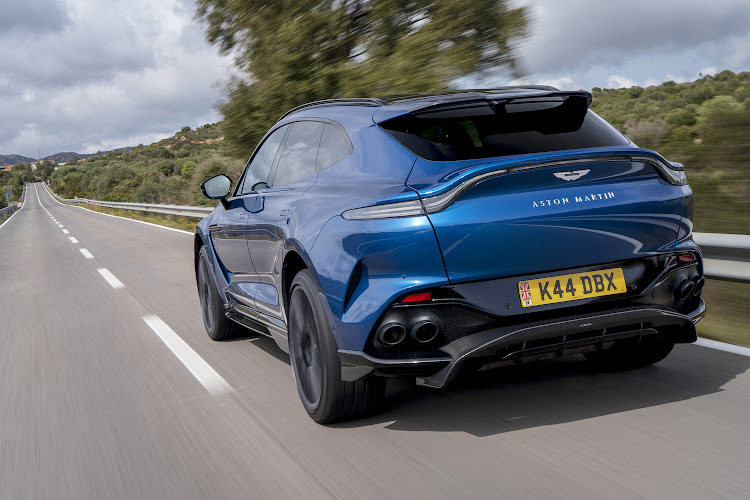 The rear is dominated by that large spoiler and motorsport-inspired diffuser.
Image: Supplied

There are masses of grip in the corners, only the slightest hint of body roll and a good level of communication between road, car and driver — all signs that Tokley and his team put a great deal of effort into making this an SUV that can be enjoyed by the most demanding of drivers.

The fact that it ticks so many boxes though, means it’s also an SUV that do everything from the school run to a long distance holiday drive, with good interior space and comfort and reasonable amounts of tech, although the infotainment system remains a big negative.

It’s easy to see performance SUVs as rather silly, but the DBX707 is harder to argue with because it’s the best example yet of a GT car in an SUV outfit. Granted this might really create a new category, but it’s one that Aston Martin has now set the benchmark for.

Audi plugs into the electric age with the E-tron S Sportback
Cars, boats & planes
3 months ago
Next Article
© Wanted 2022 - If you would like to reproduce this article please email us.