Mary Corrigall reports on the ethos of the establishment 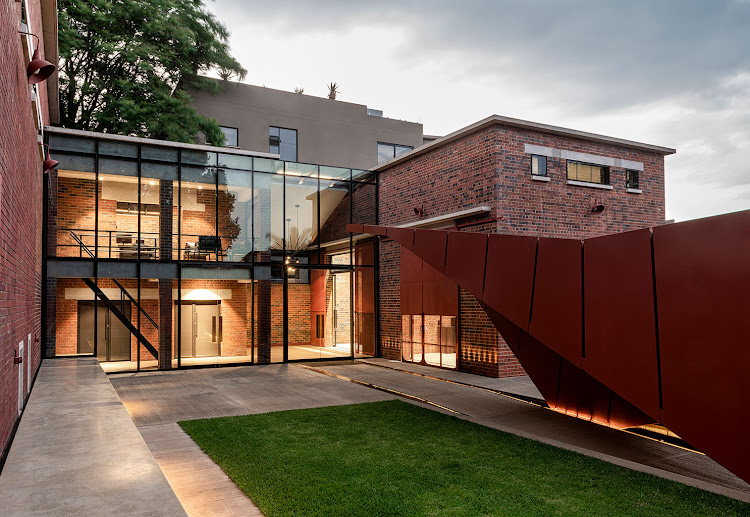 Rumors of a new museum to house and present Gordon Schachat’s burgeoning art collection have been circulating for almost a decade. As such, its existence had become somewhat part of Joburg’s urban mythology.

It is always satisfying to see a myth overturned, particularly one such as this. As public intellectual Achille Mbembe noted during his address on the opening night of this new art institution: “Joburg is a big city that needs a big art institution.” The Joburg Contemporary Art Foundation (JCAF) is not exactly “big” — with only 450m² of exhibition space. Well, that is if you compare it to its contemporaries in Cape Town — the Norval Foundation (which has nine galleries) or Zeitz Mocaa (6,000m²). However, its director, Clive Kellner, reiterates that JCAF was not conceived as a “populist” destination and quality will always supersede quantity.

This approach has, so far, manifested in every communication and the first event. Refreshingly, the 100 or so in the by-invitation-only audience were “handpicked” due to their iconoclastic approach to culture (according to Kellner), rather than their social or art-world status. Everyone gathered for a lecture — and not a sprawling VIP party designed for Instagram feeds.

The lecture was delivered by someone representing a dialogue with the “global south” (as per the term on the invitation) — Indian-born, US-based academic Arjun Appadurai — that was intended to shift the focus of the opening to “ideas”, says Kellner.

“There is little good intellectual discourse between South Africa and the global south,” he says.

The former director of the Joburg Art Gallery is clearly keen to mould JCAF into a serious public institution, where the focus is on the art and research, rather than fluffing the egos of collectors, art patrons, and even artists. The Zeitz Mocaa, under former director Mark Coetzee, came under heavy criticism for the lack of scholarship and research underpinning its exhibition and public programming.

The JCAF was introduced first through a glossy, slick, and very considered brochure that was couriered to each person invited to the lecture. In it, there is no mention that this foundation has anything to do with its overly shy patron and the co-founder of African Bank investments, Schachat, or is directed by Kellner. As such, it steers attention away from the white, male identities driving the institution. An emphasis is placed on the methodology driving the curatorial programme, which is said to spring from an appointed research fellow, and concluding with workshops, discussions, and then the publication of a journal capturing the dialogues and insights provoked by the exhibition and collateral activities.

In his opening address, Kellner expressed concern with the way in which art is consumed. 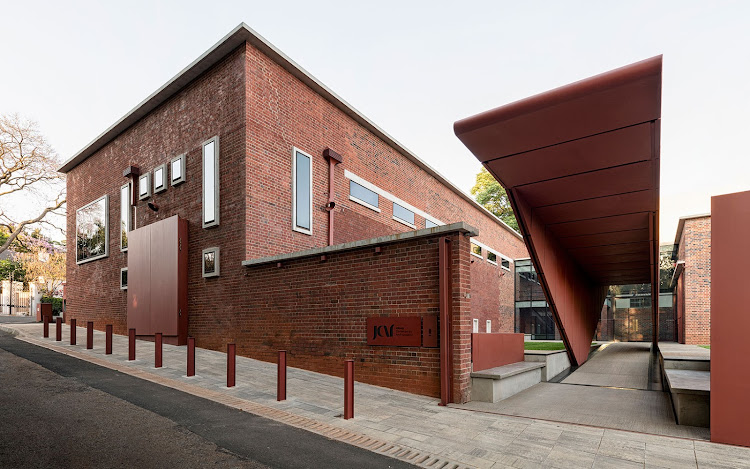 “In the research we have done we found that people visiting museums only look at an artwork for 15 to 30 seconds. We want to slow down the experience of looking,” he said.

Could this view, and its overly considered communications, have anything to do with the drawn-out genesis of the institution? After the Forest Town site was purchased in 2012, building was delayed. This was due to a lengthy process in securing approvals from the city and its surrounding neighbours to transform the listed heritage building into an art-exhibition space, according to its leading architect, Pierre Swanepoel from StudioMAS.

The sloped entrance bears traces of the building’s previous incarnation as a shed for fixing the trams that ran between City Hall and the Zoo Lake from the 1930s to the early 1960s. On the original tracks which were used to manoeuvre the trams into the building, Swanepoel has established probably the most striking feature of the JCAF: a steel tunnel or corridor linking the exterior to the interior of the building. It stands out as a sculptural object, inducting viewers into this world of object appreciation.

It is a poetic coincidence that a building once used to fix vehicles no longer able to move is now focused on pausing and considering art, slowing the fast rate of image consumption.

Is this possible, and how? Well, withholding the art from the collection for the opening is one way of doing it. We did receive an invitation to the opening exhibition, rather fashionable in its title and subject: Feminist Identities. Appadurai was entertaining but it was disappointing that his lecture did not frame the opening of a private collector’s museum or set the stage for the “feminist identities” exhibition. 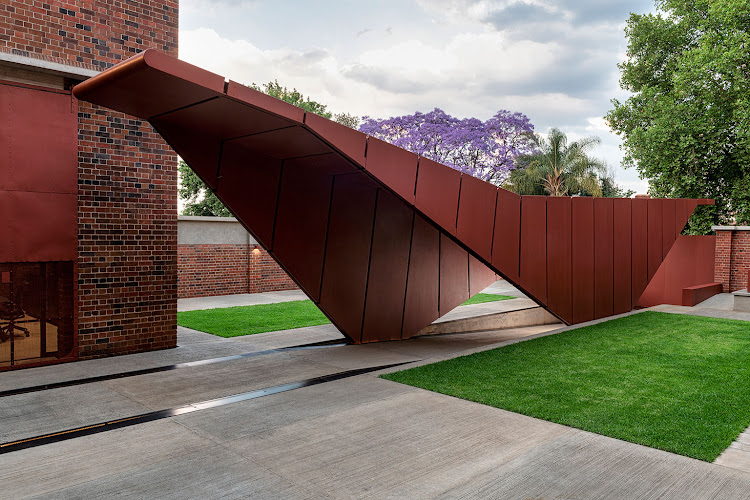 One of the striking features of the JCAF building is its entrance tunnel, which appears like a piece of sculpture.
Image: Graham de Lacy

When this show does manifest — starring works by Nandipha Mntambo (a favourite of all new private museums in SA), Berni Searle, Shirin Neshat, Bharti Kher, and Wangechi Mutu — visitors will have to book their time online to view it, as opposed to taking it in in a room packed with other people. In other words, the JCAF will attempt to mediate not just how we perceive art, but also how we view it. Will this work or will the public reject being dictated to? Or is this a very clever way to build hype around art?

“We need more sustainable cultural institutions. In the midst of loadshedding and emigration, we want this philanthropic new institution to be a sign of hope,” asserted Kellner.

Javett-UP: Pretoria gets its own world-class art centre

The long-awaited Javett Art Centre is a new cultural landmark in the city
Art & Design
2 years ago
Next Article
Commenting is subject to our house rules.
© Wanted 2022 - If you would like to reproduce this article please email us.