Javett-UP: Pretoria gets its own world-class art centre 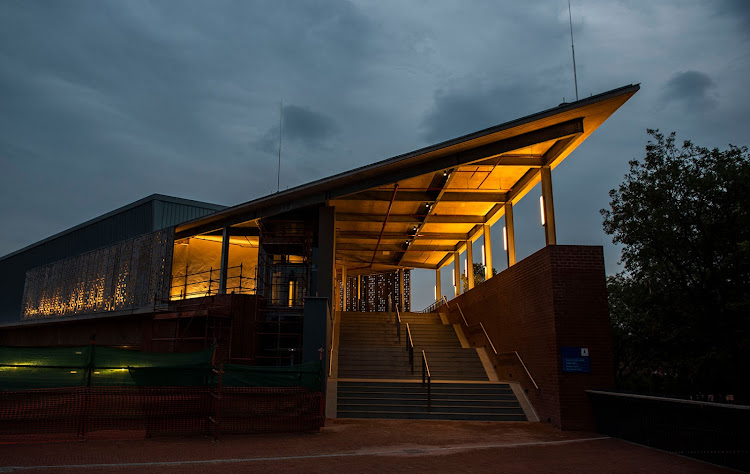 When the Javett Art Centre at the University of Pretoria (Javett-UP) opens on Heritage Day, it’ll give the city of jacarandas (and the whole country) a new cultural landmark. The Javett-UP is the culmination of years of behind-the-scenes planning and negotiating, and the end result truly is a game-changer: an architectural icon housing some of the country’s most remarkable and treasured art and artefacts. To start with, the Mapungubwe collection (including the famous golden rhinoceros of Mapungubwe, the definitive icon of pre-colonial South African wealth and civilisation) has a new home and will be accessible to the general public.

Much like its Cape counterparts, the Norval Foundation and Zeitz Mocaa — both legacy projects of successful entrepreneurs — this will be a whole new art centre for exhibitions and events, sponsored by businessman and philanthropist Michael Javett. His own collection of 20th-century art will form the core of the donor collection. Veteran curator Christopher Till, of Apartheid Museum fame, has secured other cultural and artistic wonders too — not least the Gold of Africa Museum collection of artefacts and jewellery dating back to the 1800s, and various other loans from corporate collections. Perhaps most impressively, the foyer will be the new home of artist Alexis Preller’s 13m-long mural, Discovery, originally made for the mothballed Transvaal Provincial Administration building, where it has been gathering dust for decades. 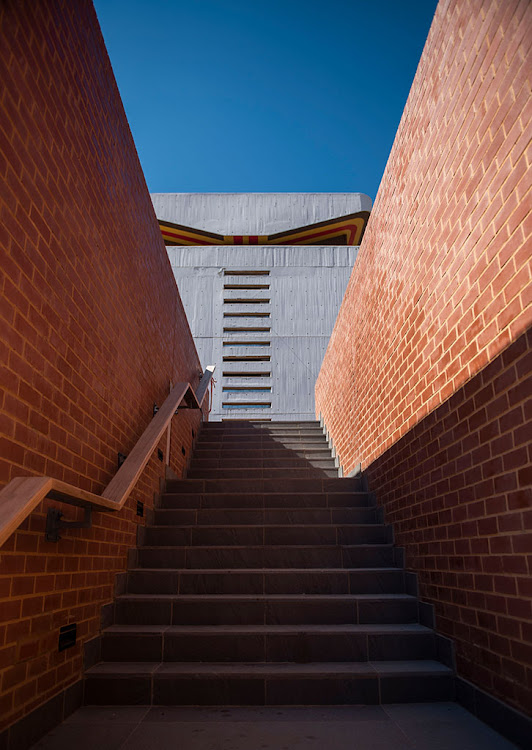 Architect Pieter Mathews, who led the team designing the building, says he chose what must have been the most difficult of the potential sites for the museum. The building links the north and south campuses of the university for the first time, forming a bridge over Lynnwood Road. “It’s symbolic — it’s a gateway,” he says. But his work goes beyond symbolism.

On the south campus, the Mapungubwe Gallery creates a public entrance and a towering landmark. The instantly visible 70m-high vault-like concrete building — “the faceted shape is an abstract interpretation of the original mountain where the golden rhino was found,” says Mathews — not only houses the national treasures, but a restaurant and outdoor areas as well. There’s significant emphasis on making SA’s “crown jewels” accessible to everyone,

and, by extension, the artistic and cultural heritage of the country. “We want to try to make the Javett the default position on the African continent, where we are looking at the art of Africa from its earliest manifestations,” says Till.

The building forms a bridge — itself a gallery — spanning the busy main road and leading to the Javett Art Centre, which includes a whole range of gallery and exhibition spaces, an auditorium, and so on.

An ingenious mosaic of court- yards, connections, and outside spaces knits the new centre into the fabric of the university campus. Part of the building will serve the visual arts and architecture departments with crit spaces, studios, and maker spaces. 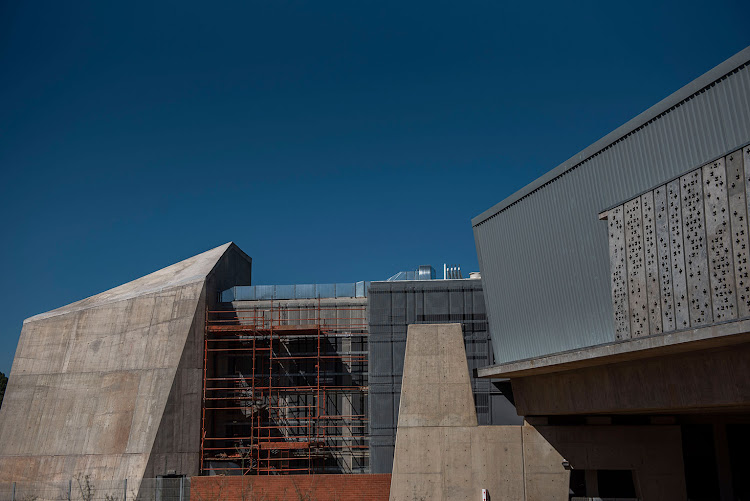 But most significant (and the reason Mathews chose the tricky site) is that the Javett Art Centre, in his words, “reactivates” the old, defunct entrance to the university and Tukkie Laan, the historical thoroughfare that runs through the campus. “We’re reopening the old road,” he says. Simply by placing the new destination where he has, he’s pulled the whole urban plan of the campus back into alignment and reawakened life along the dormant axis.

The design of the building also weaves in a complex web of references to local social and architectural history. There are suggestions that the Voortrekker Monument, designed by Gerard Moerdijk, was inspired by the Mapungubwe mountain — the centre symbolically enters into this dialogue and reframes this earlier landmark. The paving patterns in the courtyards reprise some of the intricate brickwork famously used by another of the city’s architectural legends, Norman Eaton, who designed a number of the city’s treasures, including houses for artists Walter Battiss, Alexis Preller, and Anton van Wouw. The screens on the bridge gallery not only take inspiration from Eaton’s unique regional modernism and African aesthetic influences, but the patterns adorning them are also an architectural abstraction of shweshwe fabric, symbolising a remarkable confluence of cultures and historical moments. Mathews explains the fabric’s links to Basotho culture: French missionaries presented it to King Moshoeshoe, chief of the Bamokoteli in the 1800s; Afrikaans Voortrekkers called it sislap; and the most famous shweshwe designs were actually manufactured in the UK and in India, so it represents both common ground and the transformative power of cultural artefacts. The permeable screen offers views of the surrounding city when you’re inside, and those driving by get a sense of the life in the building.

The Javett Art Centre doesn’t miss the chance to harness the power of architecture to recalibrate the city around it. It is so thoughtfully knitted into the surrounding architectural and urban fabric, breathing life back into historical elements of the city while taking a giant leap forward, it becomes a metaphor for the transformative power of art itself.

Firm challenge to botanical art under way at Grootbos ...

Invest in artists who are experimenting and feeling ...