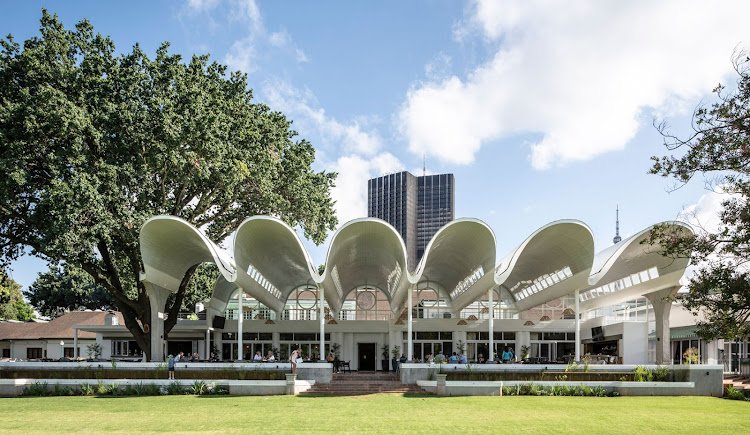 It is not what I was expecting. Hordes of children playing on the lawn, parents drinking fancy gin and tonics on the patio above — an occasional cursory glance to check on the offspring. In between them, retired captains of industry enjoy the second wind of a Friday afternoon lunch. A group of flushed young squash players post-game sit beside them, flanked by business types at the bar, monogrammed shirt sleeves rolled up, talking 2020 plans.

Above them all is the undulating pavilion that got me there in the first place. Now, to say that a roof could change a place might sound ridiculous but, as far as the Auckland Park property of The Country Club, Johannesburg (or Joburg Country Club and JCC, as it’s known) goes, it’s bang on. The newly revamped patio — with its upgraded bar, floors, pizza oven, tables, and, especially, the ceiling, has revitalised the place. It’s bringing in a flock of new users, making a tricky, privileged concept — a country club — that much more interesting and accessible. 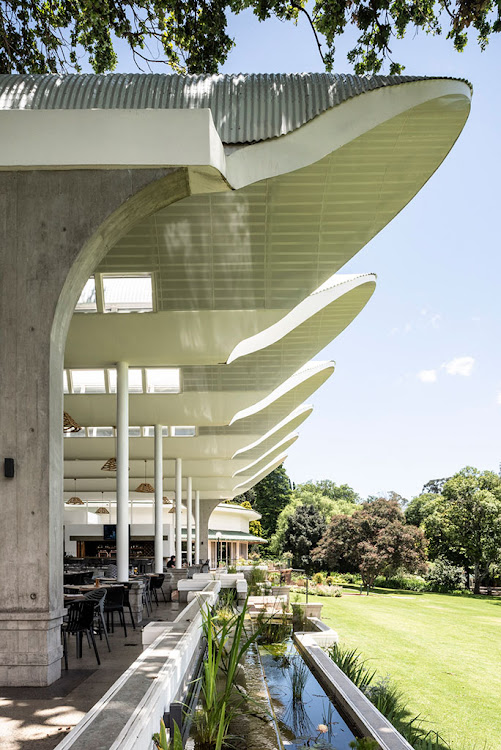 The new pavilion was designed by Vedhant Maharaj of Rebel Base Collective.
Image: Dave Southwood

“All or most clubs are really struggling,” says the JCC’s general manager Steve Nicholson over a glass of chenin on said Friday afternoon. “But we’re fortunate we’ve got an investment fund; we’ve got very strong membership and we own all the assets of the club — so it’s really around making sure that your club is relevant to modern families. Traditionally, clubs have been really poor about keeping up with the times because they respect tradition so much.”

As I sit chatting to Nicholson, a stream of mixed-age members passes by to greet him. “I was so dubious of this new addition when I saw the drawings,” one says to me, “but it’s changed the club.” Clearly Nicholson has a lot to do with the place’s ongoing turnaround.

He’s been with the club for seven years and been GM of both the Auckland Park and Woodmead properties for five. He first made his mark at Woodmead, which is largely golf- dominated. He and his team saw the opportunity to make it a more family-orientated place — thereby attracting new members. They succeeded, and as he puts it: “After three years we decided to do something down here [Auckland Park] and it’s worked absolutely amazingly.”

Part of this is an inspired partnership with young architect and club member Vedhant Maharaj. He heads up the multi-disciplinary design practice Rebel Base Collective. His winning pitch for the patio space is a startling, modern, and light addition to the building — some of which dates back to 1906, when the club opened.

“We’ve had a lot of experience in working on heritage buildings and it’s never been my approach to replicate what’s old,” he explains. “Rather, how do you have a conversation between the new and old? So that’s what we did here.” 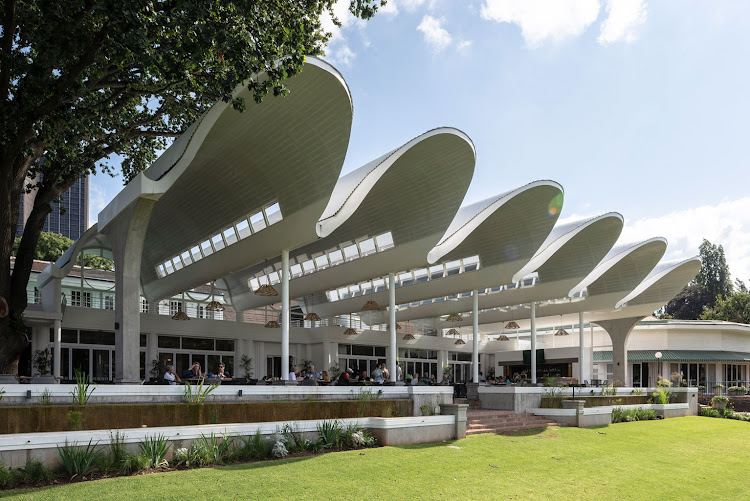 The addition has a fresh feeling to it. The structure spans 10.5m but the undulating roof keeps it from looking like just a long, high roof. It also takes into account the existing Art-Deco façade, a much-loved oak tree, and highveld storms (the acoustics are impressive).

Specs aside, it’s impossible not to address the political element of the thing. As Maharaj so perfectly puts it: “This place has all these layered histories, colonial histories, and somewhere in all those stories is now this — made by someone who looks like me. Anyone in 1906, who opened the club, wouldn’t believe it.” Nor, I think, would they believe that the club is now such a relaxed place. An oasis in the mad city.

He’s right. The layers of meaning in this beautiful, useful piece of architecture are key. This bastion of privilege has had a wee shake-up. The rebels have taken control of the country club. Thankfully.

South Africa is home to some of the most beautiful buildings, Brian McKechnie highlights six
Art & Design
2 years ago

Wanted compiled a list of some of our favourite abandoned spaces, all begging to be remembered… and even, perhaps, explored
Art & Design
2 years ago

Chapels are architecture at is purest: reduced to its basics, but with a sense of heightened expression, symbolism, and experience, writes Graham Wood
Art & Design
3 years ago