Chapels are architecture at is purest: reduced to its basics, but with a sense of heightened expression, symbolism, and experience, writes Graham Wood 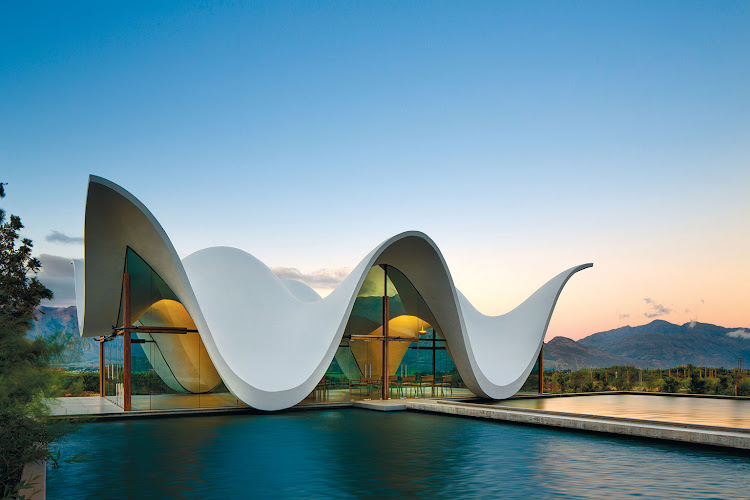 Chapels might seem to be among the simplest built forms, and, in many ways, they are. They’re usually small — four walls and a roof; their architecture doesn’t have to involve complex relationships between its parts or sophisticated functions. Essentially, a chapel is a building that’s a room. But on another level, they’re one of the most loaded forms of architectural design: the experience of a chapel should be profound, even sublime, certainly spiritual, and at least significant.

In an age that appears more secular than ever, there seems to be no lack of demand for these symbolic structures. Even among secular (or lapsed religious) communities, the need for ceremonies that mark occasions such as marriage is undimmed. In their traditional sense, chapels were built for established congregations, but now there are many that are not linked to any particular parish. They might be an extension of a hospitality offering, such as a hotel or a wedding venue. Nonetheless, we seem to expect them to be uplifting, transporting spaces that provide spiritual experiences. So, in an odd inversion, the vitality of this architectural form might be fuelled by a loss of regular contact with religious architecture among many communities.

The late Zaha Hadid once said that architecture should be able to ''excite you, calm you and make you think". The newly completed Bosjes Chapel does ...
Art & Design
4 years ago

In some ways, freed from tradition, the architecture has to deliver even more: a heightened experience through aesthetics, or a connection to nature — or both. They can’t always draw in the gravity of regular ritual and worship. Funnily, though, even though modern chapels might not have to adhere to the demands of tradition, they tend to adhere quite closely to aspects of traditional design — although they often modernise or abstract them in one way or another. Their symbolic power still tends to be rooted in a significant respect for the heritage of religious architecture.

We bring together three examples that illustrate some of the unique characteristics of the modern African chapel, and tell a fascinating story about the significance of religious architecture in its simplest, most concentrated form.

Perhaps one of the most famous examples of a local chapel to spring up recently has been the chapel at Bosjes, the new name given to the old Bosjesman’s Valley Farm, near Worcester in the Western Cape, which was relaunched as a hotel and restaurant (and wedding venue, of course) last year. 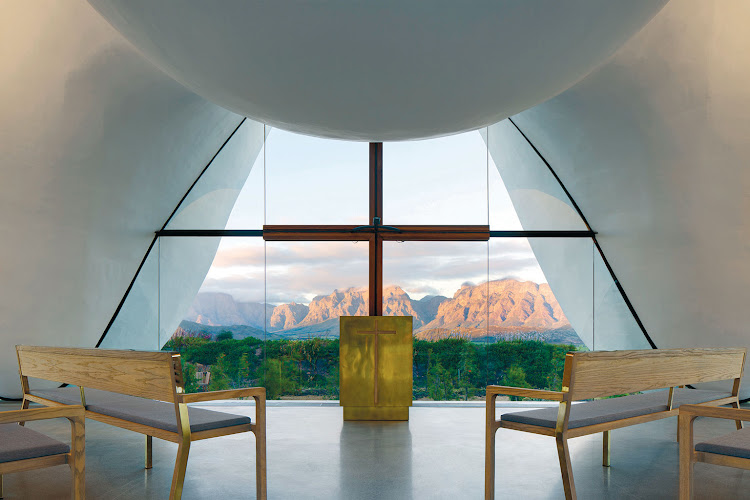 While the images of its swooping, floating white roof has been Instagrammed around the world, its aesthetic is rooted in its natural and cultural surroundings. The shape of the roof is inspired both by the surrounding mountains, and by the baroque holbol gables of the vernacular Cape Dutch architecture, abstracted and modernised. While its glass-walled, gem-in-the-landscape aesthetic might seem to reference the glass box architecture of high modernity, its simplicity is also derived from the local Moravian Missionary Stations, which are identifiable by their gables, an effect taken to new extremes with the near-invisible glass walls and the reflection pond, which make the roof appear to float.

The glass walls, however, make this chapel outward-looking rather than introspective. The urge to have a floating roof is also a biblical reference to Psalm 36:7: “How priceless is your unfailing love, O God! People take refuge in the shadow of your wings.” Arrival, via a narrow path over the water, also heightens the experience, imparting a level of tension and concentration to the procession. Bosjes Chapel is a prime example of how a dazzling architectural addition to the landscape can create a destination, making a place through its mere presence, but also in the way it mediates people’s experience of the spirit of place.

This small rural church in Malawi was designed and facilitated by a South African-based architecture firm headed by Dirk Coetser. The firm became involved via an organisation called Youth of Malawi, in turn through its involvement in a village in Chimphamba. There, the rural community’s church served as the centre of village life, both as a place of worship and as a sort of village hall or gathering place for important decisions and events. 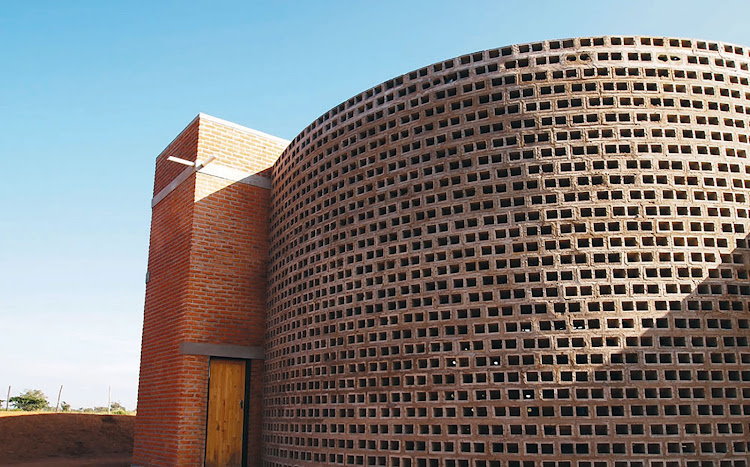 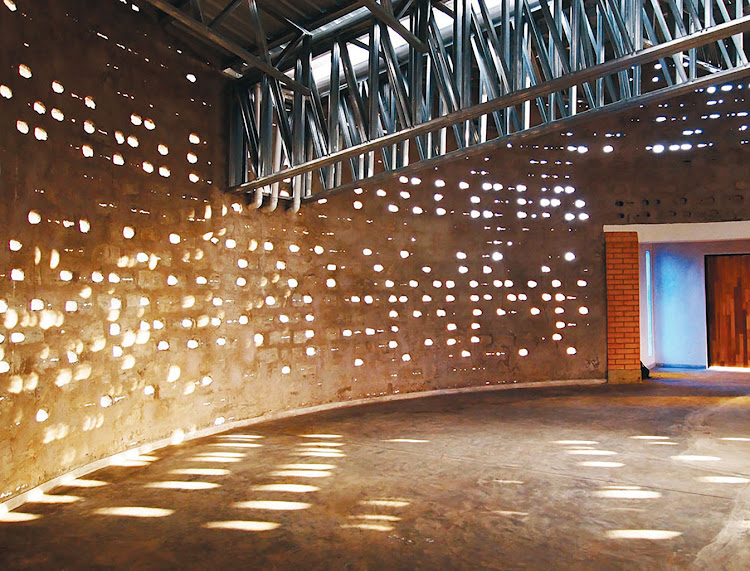 The original building had become inadequate, to the point that it was disintegrating, and dappled light peeped in through holes in the roof. The design of the new church and its materials were inspired by the cylindrical forms that are found in various local designs, from almost room-sized maze storage baskets, to chicken coops and the walls built around saplings to protect them from predators. The cylinder thus has associations with safety and protection among the community, which gives it a symbolic resonance.

The memory of the old church was carried through in the dappled light that shines through hollow bricks. On one level, they’re functional devices for ventilation, but harnessed for the aesthetics of the pattern of light and shadow they create. Local labour and materials were used, and the construction process, which involved the architects working side by side with community members, also involved skills transfer, as well as a sense of profound ownership and growth in the process of making it. Despite its relatively lo-fi technology, the design involved fairly sophisticated methods of ventilation and cooling. The architecture of this rural church combines the symbolic significance of the final structure with the entire process of construction to imparts its significance — architecture as process as much as product.

This chapel, built at the Vaal University of Technology in Vanderbijl Park a decade and a half ago, is one of those small, low-budget, but catalytic projects that appear, through sheer will and imagination, to make something out of nothing. The site was almost featureless, so the chapel, essentially, had to be the making of it. 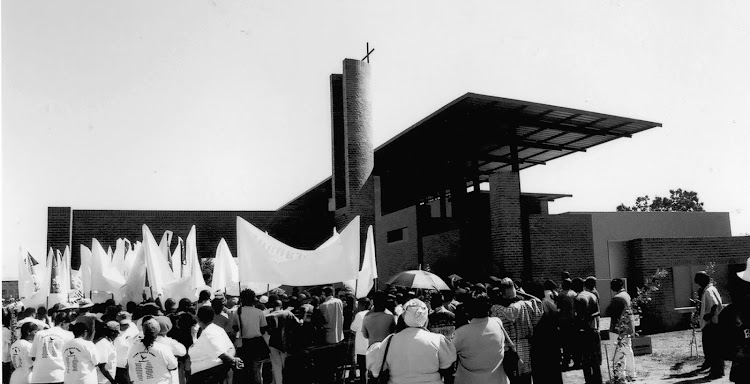 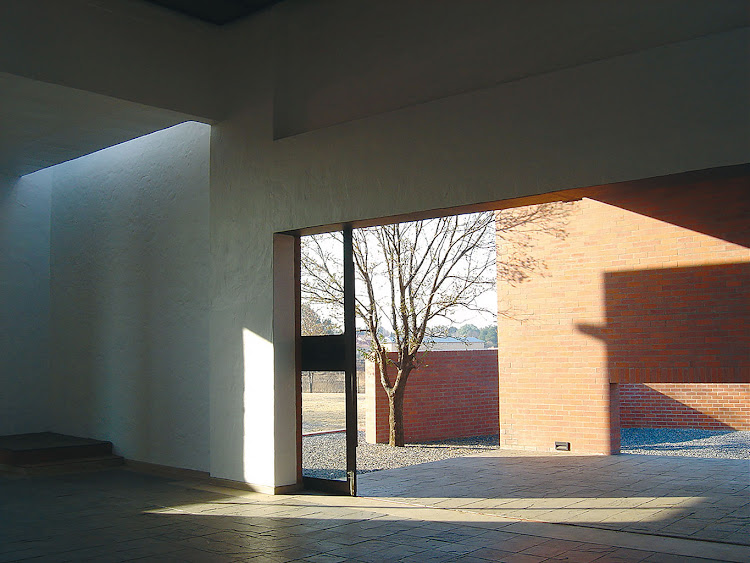 The chapel creates a beacon with a semi-circular tower and a cross that reach upwards, and, with otherwise modest materials and shapes, intuitively signals the entrance with the tower and roof extensions, so people are drawn towards it. The transition from the outdoors inwards is mediated with a series of spatial changes that subtly mark different phases of arrival. It’s almost like a deliberate series of obstructions and releases that bring about a gradual change in mindset as you make your way inside. You can’t see out of this chapel, but it creates its own powerful and peacefully contemplative shelter through inspired contrast with its context.

London’s 17th annual Serpentine Pavilion has just been opened, and this time the designer is from the African continent
Voices
4 years ago

China’s MAD Architects are taking a leaf from nature