Go off the beaten track with Louis Vuitton’s Tambour Carpe Diem, and into the deep with its Tambour Street Diver 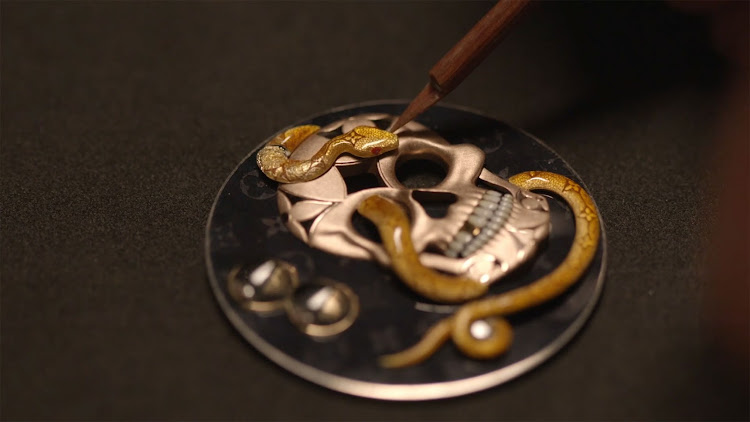 Navigating life during a global pandemic has emphasised the transient nature of time and what we do with it. The two-year production period noted for Louis Vuitton’s one-of-a kind high-watchmaking masterpiece, the Tambour Carpe Diem, means that the watchmakers were way ahead of the coronavirus curve. And yet the message contained in the aesthetic is vanitas, a theme that dates back to the 17th century, and is perpetuated by artists who wish to communicate a sense of hope in the afterlife or a sense of urgency to enjoy the now.

Key elements of that vanitas aesthetic — skulls, skeletons and hourglasses — were modernized on the timepiece, with Louis Vuitton enlisting the help of the very best Swiss craftspeople. Anita Porchet dedicated more than 50 hours to the enamelling of the snake and the dial, while Dick Steenman engraved its gold figure in a profiled, fluid manner that accentuates its movement.

The skull and hourglass are also sculpted from gold, and enhanced by the familiar Louis Vuitton emblems. The monogram flowers are engraved on the skull and in an eye socket, and are tattooed on the serpent’s scales. The delicacy, transparency and colours of the enamel — which are particularly noticeable on the jacquemart’s teeth — enhance the relief on the dial, suggesting movement even when the hour has not struck. How do you tell the time on the Tambour Carpe Diem? For starters, set aside 16 seconds to enjoy the experience. When you push the reptile-shaped push-piece on the right of the case, the snake's head lifts up to reveal the hour aperture on the skull’s forehead. Then the rattlesnake tail oscillates towards the minutes, which are below the power reserve hourglass. Monogram flowers materialize instead of an eye, and the skull’s jaw emits a mocking laugh as it reveals the words “Carpe Diem” (“Seize the day”).

“Our aim was to get off the beaten track,” explains Michel Navas, master watchmaker at La Fabrique du Temps Louis Vuitton. “We wanted to bring to the jacquemart our vision of the 21st century with all the energy and creativity characteristic of our brand since it began producing watches in 2002.”

Its calibre LV 525 is entirely developed and assembled at La Fabrique du Temps Louis Vuitton, and is currently the subject of several patent applications. You can see the movement on the back of the watch, in the shape of a skull and echoing the vanitas on the dial.

JOURNEY BEYOND THE SURFACE

The new Tambour Street Diver continues the House’s horological journey into the unexpected. It, too, symbolises high artisanal quality, multifunctionality, creative ingenuity and freedom of expression.

The unique shape of the Tambour was inspired by a drum, hence it is larger at the base than at the top. Crafted from a single block of metal and with applied horns that seamlessly integrate the case and strap, the hours are indicated on the case-band by the 12 letters "L-O-U-I-S-V-U-I-T-T-O-N".

This year, the Tambour has been reimagined as the Tambour Street Diver. It is a traditional dive watch but with an urban outlook, designed to go from gym to club or beach to office. It is described as robust, edgy and sporty, colourful, creative and unconventional. 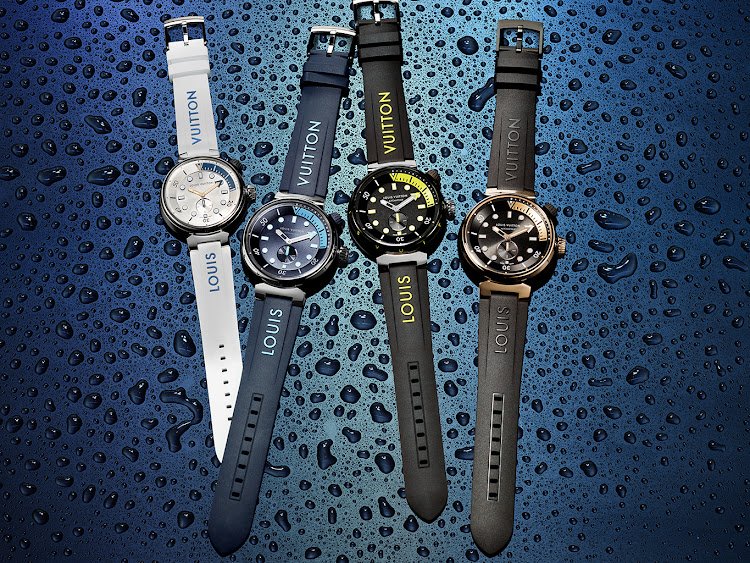 This highly crafted Swiss-made watch features screw-down crowns, 100m water-resistance, Super-LumiNova for increased visibility on dial elements and an inner rotating bezel. The diving scale is below the sapphire crystal on the turning flange (the angled ring at the outer edge of the dial). To avoid confusion at the start of a new adventure, the dive bezel is set via a colour-contrasting crown at 1.30 bearing a diver’s silhouette that distinguishes it from the winding crown at 3 o’clock.

Here are the current themes in the luxury watch industry, with some standout timepieces
Watches & Jewellery
1 year ago

An investment in a Ulysse Nardin timepiece supports the company’s commitment to reduce marine pollution and increase oceanographic knowledge
Watches & Jewellery
1 year ago
Next Article
© Wanted 2022 - If you would like to reproduce this article please email us.