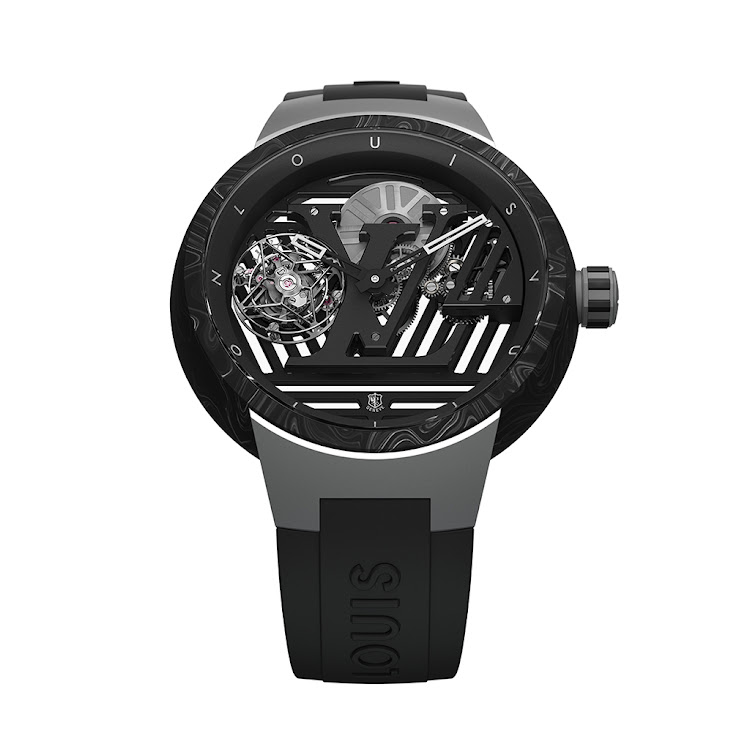 In October 2004, Louis Vuitton opened its doors in Sandton City and invited guests to a lavish dinner celebration held poolside at The Saxon. Although the first issue of Wanted only launched in December that year, with Business Day’s credibility word had already spread and we cracked an exclusive invitation to the lavish affair, hosted by the late, visionary chairman and CEO of Louis Vuitton, Yves Carcelle. The fashion spread in that issue was the first for a local publication to feature items from the Louis Vuitton collection but most certainly not the last.

Two years earlier, Louis Vuitton had launched its first timepiece, The Tambour, with its uniquely shaped case inspired by a traditional Japanese taiko drum and which would become an icon of the collection. At that stage, they used and adapted movements made by outside manufacturers – most probably Tag Heuer, also owned by LVMH Group – and it wasn’t until 2009 that we saw the first movement entirely developed and assembled by Louis Vuitton in the Spin Time, with its innovative, dice-like spinning time display.

In 2011, I visited Baselworld and the special Louis Vuitton boat, docked in Basel for their first participation in the watch fair. The bespoke cruiser had been elegantly appointed in Louis Vuitton style for the launch of their customisable Tambour Minute Repeater featuring an endearing dual chime and dual-time configuration. The brand was founded in 1854 but its watch division was relatively prepubescent at that stage, so this high complication, and the strategic acquisition of Swiss movement specialist La Fabrique du Temps in Geneva, that year signalled how serious they were about securing a place in the world of haute horology.

Now in its late teens, the drum-shaped case has featured numerous dial updates and new movements over its 18-year existence. These include the elegant Tambour Twin Chrono, many graphic LV Cup regatta editions and the Tambour Horizon connected watch launched in 2017.

Advancing on their journey in high-end watchmaking, this year Louis Vuitton has revealed the futuristic-looking Tambour Curve Flying Tourbillon Poinçon de Genève. (The prestigious Poinçon de Genève, or Geneva Seal, was awarded to Louis Vuitton in 2016.) The company says this brand-new timepiece has been reinvented down to the last hand-finished detail and although its drum-shaped case characteristically tapers inwards – in this instance from a 46mm diameter base to a 42mm bezel – the Curve takes inspiration from the Möbius strip expressed through a case that has a stretched, elongated shape.

The exterior sleeve is made from a proprietary carbon-fibre composite, CarboStratum, which fits over a grade 5 titanium inner case and lugs. Each CarboStratum sleeve is produced by layering over 100 assorted sheets of carbon at random and then compressing them at a controlled temperature. Once stabilised, the ultra-rigid material is milled to reveal the soft curves of the material, which make each model unique. 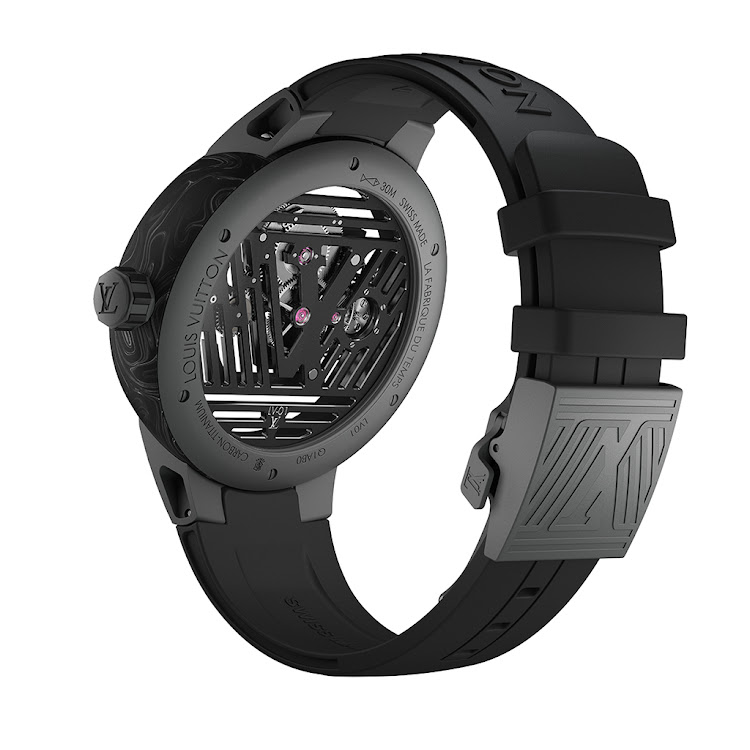 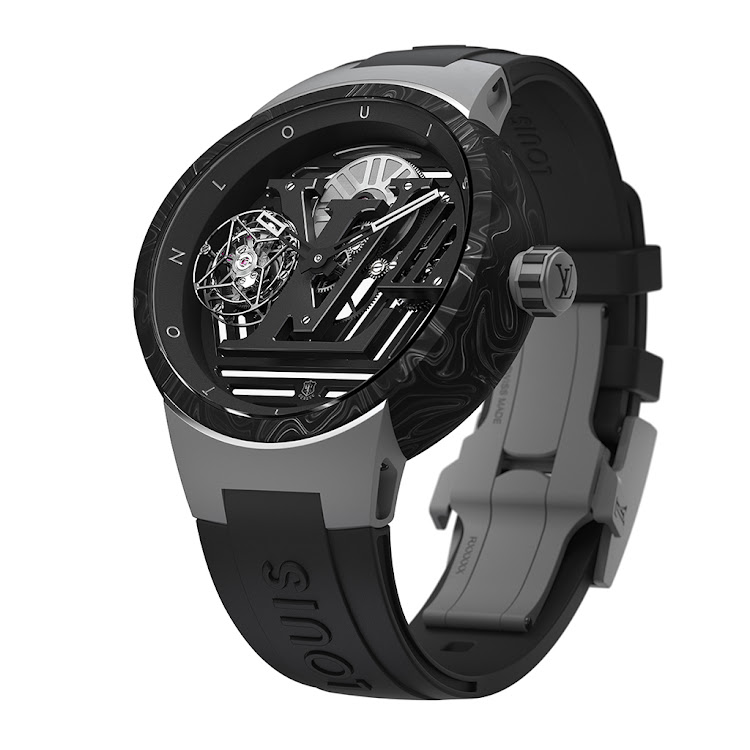 A high-jewellery version is also available in white gold and CarboStratum set with 354 diamonds.

Behind this lightweight piece, with its bold openwork design and monogrammed dial, ticks the calibre Louis Vuitton 108 hand-wound mechanical movement with 80 hours of power reserve and a tourbillon regulator created at La Fabrique du Temps. The “LV” monogrammed, skeletonised titanium flying tourbillon carriage is positioned at 9 o’clock. The Louis Vuitton Tambour Curve Flying Tourbillon Poinçon de Genève, POA, is presented on a choice of a black rubber strap; mixed-media black alligator and rubber strap or mixed-media blue alligator and black rubber strap, and comes in its own little truck, of course.

To kick off the year of tributes, Tag Heuer has revealed the Carrera 160 Years Silver Limited Edition
Watches & Jewellery
2 years ago
Next Article
© Wanted 2022 - If you would like to reproduce this article please email us.