Get kitted out like the spy who loves Omega 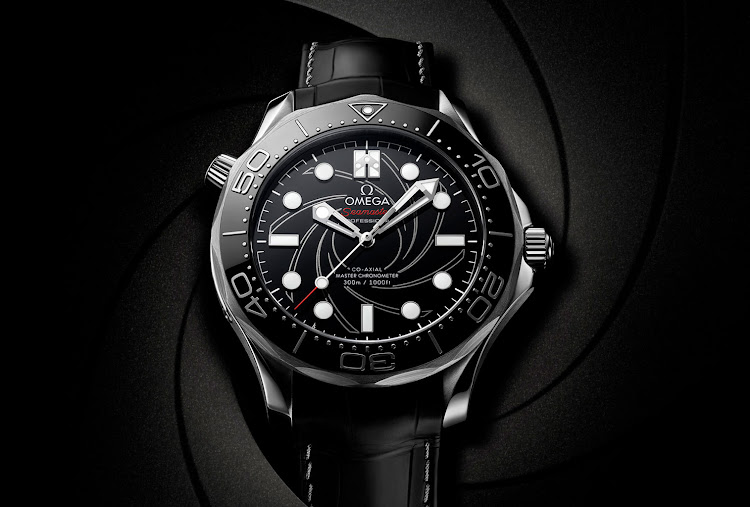 The Bond films are among the top five highest-grossing, most enduring and endearing film franchises in the world. The Eon-produced films, based on the Ian Fleming books, are also the longest continually running series of all time.

I was born into the suave Roger Moore Bond era, when the cars and wearable gadgets customised by Q literally came from the future. In a world now overpopulated with gadgets and where everything seems possible and on-demand, fast film cuts and special effects of epic proportion leave little to this “young” lad’s imagination. However, Bond films are still peppered with the customary Britishness, double entendres, smart psycho terrorists, and nail-biting, high-speed car chases. In the hands of director Cary Joji Fukunaga and my other favourite Bond, Daniel Craig, No Time to Die will no doubt be a huge box-office hit for fans both young and old. Its release has been pushed out twice already due to the Covid-19 pandemic, and it’s currently due in theatres in April 2021. The film also features four iconic Aston Martin sports cars: a classic DB5; the DBS V8; the latest super GT, DBS Superleggera; and the forthcoming Valhalla mid-engined hypercar, so of course I’ll be there.

Swapping out plastic for organic, biodegradable materials, Swatch is the latest watchmaker to clean up its act
Watches & Jewellery
6 months ago

For the past 25 of the franchise’s 58-year run, the Omega Seamaster has been the British secret agent’s chosen timepiece in the field. From Golden Eye (1995) the Seamaster 300M had a starring role on 007’s wrist, retrofitted by Q over the years with a detonator, miniature grappling hook, and even a laser. In 2006, Craig made his first appearance in Casino Royale, accompanied by the new Seamaster Diver 300M with its co-axial escapement, and a Seamaster Planet Ocean 600M. No Time to Die is Craig’s last Bond film and, to mark the occasion, Omega has released special editions of its famed diver model.

First launched in 1993, the flagship Diver 300M has built a legacy with professional divers, and become the quintessential Bond watch. In anticipation of the film’s original April release this year and to celebrate the 25th official James Bond film, Omega issued the 42mm Seamaster Diver 300M 007 Edition in December 2019. It’s crafted from Grade 2 Titanium and powered by Omega’s Co-Axial Master Chronometer Calibre 8806. Designed in consultation with Craig, the vintage, military-inspired edition retails from R151,000 and features an aluminium dial with a “tropical” finish — a colour that replicates the ageing of some vintage watch dials — repeated in the bezel ring. The hands, hour, and bezel markers are also a shade of tan, which evokes the aged luminescence of older watches. The “broad arrow” insignia of the British Ministry of Defence appears at 6 o’clock and reinforces its vintage military aesthetic. 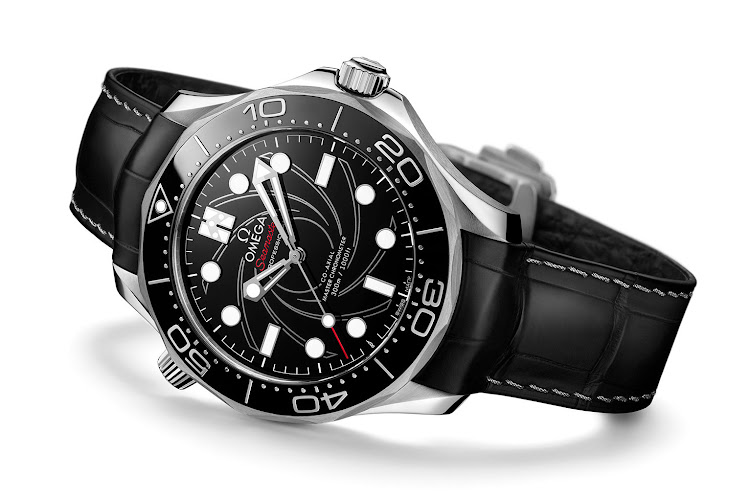 Joining the collection with cutting-edge style and innovation is a new Seamaster Diver 300M “James Bond” Numbered Edition, crafted in platinum-gold on a black leather strap. Unique details include a black ceramic bezel ring with a platinum diving scale in positive relief, and a black enamel dial with the familiar spiralling gun-barrel design of the films’ opening sequences, done in 18k white gold. It also includes a hidden number 50 within the Super-LumiNova of the 10 o’clock index, a reference to the 50th anniversary of On Her Majesty’s Secret Service — to purists, the best Bond film ever. There’s a 007 logo at 7 o’clock on the white enamel minute track, as well as 18k white-gold features, including the hands, indexes and Bond family coat-of-arms at 12 o’clock.

Through the sapphire crystal caseback you can spy the high-precision Omega Co-Axial Master Chronometer Calibre 8807 self-winding movement with magnetic-resistance at an impressive 15,000 Gauss. It comes in its own suitcase, made by Globe-Trotter with Nato-inspired straps and an additional black rubber strap. Numbered to 7 007 platinum-gold pieces, R966,000.

This year, the watch has been reworked as an all-purpose sports watch for a new generation of chronograph fans
Watches & Jewellery
6 months ago