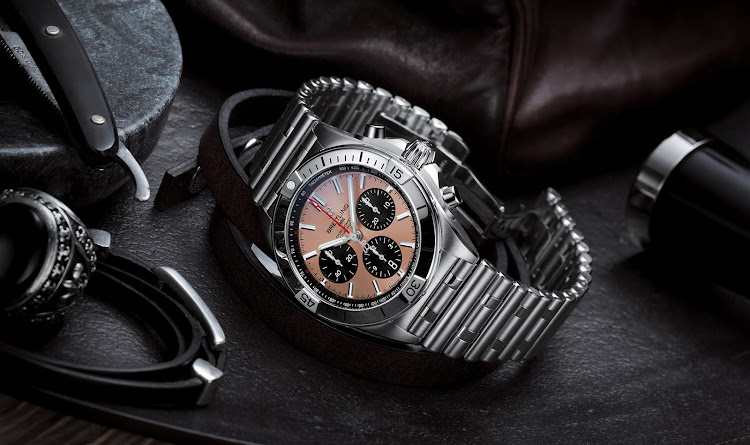 American illusionist and endurance artist David Blaine offered us a positive distraction recently when he live-streamed his ascent to nearly 7.6km above the Arizona desert strapped onto about four dozen helium balloons. As I watched, palms sweating, what I found most fascinating was the incredible technology and aeronautical expertise required of the ground staff to perform such a stunt. His cluster of balloons classified as an “experimental aircraft” by the aviation authorities, Blaine also had to train to become a pilot before attempting this feat. For most people though, it was a nostalgic recollection from childhood featuring a silhouette of human and balloons drifting towards the heavens.

One of our greatest desires is the ability to fly. An escape from reality, I’m talking Peter Pan and Starfire flying but, of course, there’s also the romance of jetting off to new worlds aboard an airplane. From the time of Icarus, flight has represented freedom, adventure, and a lightness of being.

In the early days of flight, before onboard computers, pilots used rudimentary instruments such as an altimeter, air-speed indicator, and a compass to charter their flight paths. They also relied heavily on the accuracy of tools such as Breitling’s Co-Pilot of 1953 (this year’s Aviator Ref 765 1953 Re-Edition celebrates this piece) or Navitimer with its inner slide-rule bezel to calculate their elapsed time, distance travelled, and fuel consumption. While today we might only use these watches to, say, convert miles to kilometres, we find emotional attachment to such pieces because of their nostalgic links to flying.

One of the coolest icons from the inventors of the chronograph and a brand most associated with aviation is the sporty chic Breitling Chronomat, from its ’80s catalogue. For the 100th anniversary of Breitling in 1984, its previous owner, the late Ernest Schneider, introduced the Chronomat to the collection. It was a bold move at the time to launch a mechanical watch when everyone was being seduced by the wonders of the quartz movement, but it seems to have paid off.

The Chronomat began its life in 1983 as a timepiece specifically developed for the Pattuglia Acrobatica Nazionale Frecce Tricolori, the aerobatic demonstration team of the Italian Air Force. The brief was to make a watch that was sturdy and legible enough for the cockpit but also elegant enough for leisure time. With the versatility of its tachymeter it also became an instant hit with racing drivers, and its reversible bezel riders made it the perfect tool for yachting regattas. 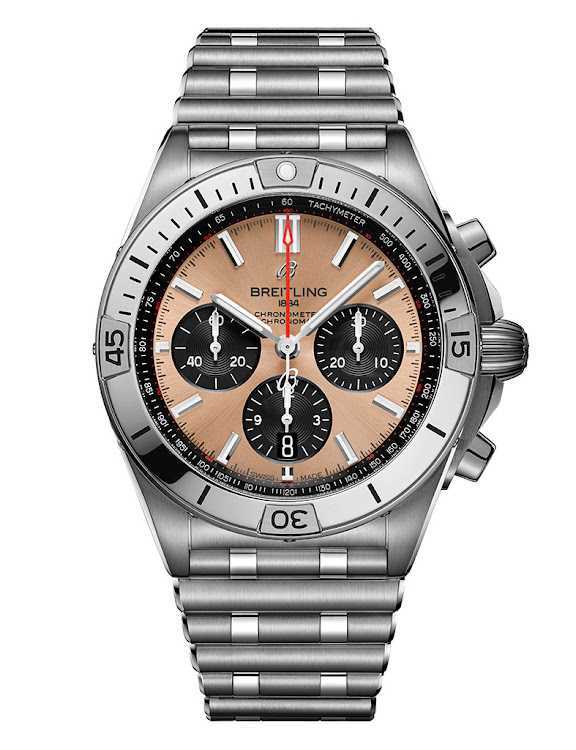 This year, the watch that straddles all three of the brand’s universes — air, land, sea — has been reworked as an all-purpose sports watch for a new generation of chronograph fans. While the new 42mm version is a far more refined, modern interpretation, it retains three iconic elements of the ’80s original. These include: the bezel with interchangeable rider tabs that offer a count-up feature for aviation and diving, and count-down for regattas; tachymeter scale on the inner bezel; and the signature Rouleaux bracelet. It comes in stainless steel with a choice of black dial and silver “panda” sub-dials, blue or copper “salmon” dials with black sub-dials, and a British racing-green dial for the Bentley edition. There is also an 18kt red gold version, but the two-tone steel and 18k red gold references are perfect if you want the full ’80s feel of the original. There’s also a Frecce Tricolori special edition to celebrate the 60th anniversary of the squadron. All of these new pieces are powered by the in-house Breitling Manufacture Calibre 01, a Cosc-certified chronometer also found in the Navitimer chronographs.

Aviation’s rugged, romantic past is reflected in the boys’ den, industrial-loft-conversion aesthetic of the recently revamped Breitling boutique in Sandton City, where you’ll find the Chronomat, from around R121,000, and other novelties for 2020, including an elegant 35mm Navitimer Automatic for women.

Featuring an off-centre second time zone display, this is Rolex's most complicated timepiece and is the perfect watch to keep tabs while you dream ...
Watches & Jewellery
1 year ago