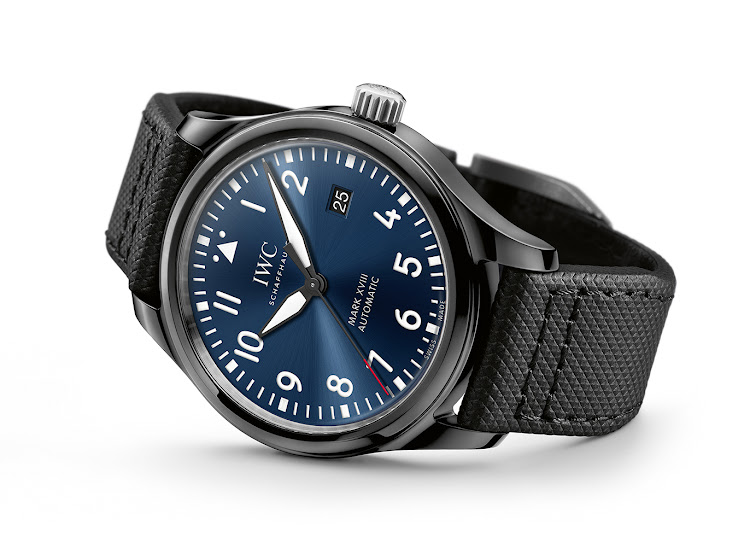 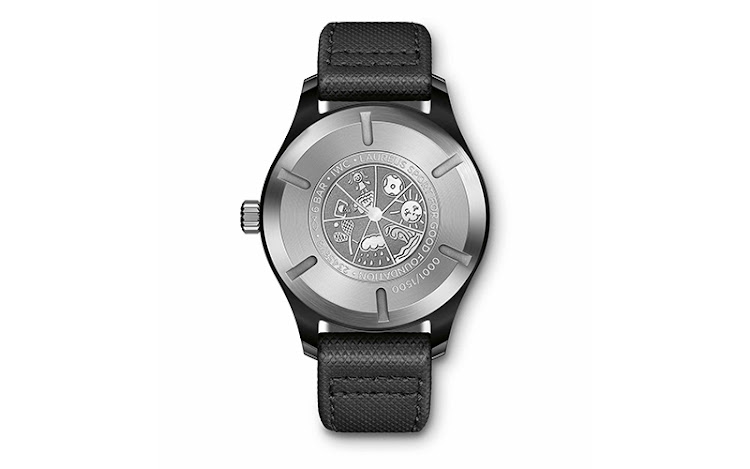 Who’d have guessed that purchasing a luxury timepiece would make you a good sport? It’s also fortuitous that this watch has a stealth, black-and-blue appearance as you may have to put up a fight to lay your hands on one of the 1,500 individually numbered pieces.

The Pilot’s Watch Mark XVIII Edition ‘Laureus Sport for Good Foundation’ is the 12th special edition released by IWC as part of its commitment to support the Laureus foundation. The Laureus World Sports Awards are the most prestigious sports awards and the event held in Monaco on February 27, was attended by some of the greatest living sports legends past and present, all recognised for their sporting triumphs and contributions.

Most importantly, the event highlights sport’s ability to transform the lives of young people around the world. I’m reminded of Nelson Mandela’s moving words at the inaugural awards ceremony in 2000: “Sport has the power to change the world. It has the power to inspire. It has the power to unite people in a way that little else does. It speaks to youth in a language they understand. Sport can create hope where once there was only despair. It is more powerful than governments. It breaks down racial barriers and laughs in the face of all kinds of discrimination.”

The selection process is totally democratic with nominations coming in from media around the world. This also means that making it onto the list is recognition in itself. Roger Federer received the trophies for both Sportsman of the Year and Comeback of the Year, while Serena Williams got Sportswoman of the Year. They were both in good company with nominees including Mo Farah, Rafael Nadal, Mikaela Shiirin, Garbine Muguruza and Caster Semenya.

An indication of how the industry is rapidly changing, becoming more inclusive to attract younger audiences was seen particularly in the lineup of nominees for the title of World Action Sportsperson of 2018. They included two surfers, John John Florence and Tyler Wright, skateboarder Nyjah Huston and snowboarders Mark McMorris and Anna Gasser. But there was little competition for the endurance that solo sailer Armel le Cléach showed in coming first in the grueling non-stop around the world challenge in a record-breaking 74 days.

Swiss wheelchair racer Marcel ‘The Silver Bullet’ Hug is Sportperson of the Year with a Disability and Team of the Year went to Mercedes-AMG Petronas F1 Team. For a full list of awards click here.

One of the hottest invitations of the year, guests rubbed shoulders with royals and stars of the field and stage. Entertainment included Emeli Sandé and excellent host Benedict Cumberbatch who I’ll just have to forgive for the awkward dance-off with the equally lame Les Twins.

The Pilot’s Watch Mark XVIII Edition has a 41mm black ceramic case and a midnight blue dial, which is the associated colour of Laureus and is fitted with an embossed calfskin strap. Its black hands are coated with luminescence for improved visibility. The automatic, self-winding 35111 calibre movement is protected against magnetic fields by a soft-iron inner case and the glass is secured against sudden drops in pressure. As has become customary with the editioned watches, there is an engraving of a drawing by the winner of an annual competition run by the charity. This year’s is titled ‘Time to be Healthy’ by 11-year-old Ana Claudia from Brazil.

From literacy projects to conservation, here are a few luxury brands taking action and contributing to change. With a few timepieces to match
Watches & Jewellery
2 years ago
Next Article
© Wanted 2020 - If you would like to reproduce this article please email us.