Georges Kern is a high-flyer. The man responsible for transforming IWC Schaffhausen from a little-known manufacture of tool watches into one of Richemont’s biggest watch brands in just over a decade as CEO of the brand, made a surprise move mid-2017 when he resigned and bought a stake in Breitling. And this after only a few months in a new position as head of watchmaking for the entire Richemont group.

Kern’s rockstar image as CEO at IWC grew in tandem with the dozens of film, music and sports celebrities he roped in over the years to promote the brand and in doing so, making the IWC story cool and very appealing. Kern and his team were known for giving full attention to the development of one model range at a time and he has clearly made his mark already at Breitling as can be seen from the Navitimer 8 collection for 2018.

Breitling is famous for its chronographs and strong link to the world of aviation. According to the Breitling archives, the ‘8’ in its name is a nod to the Huit Aviation Department set up in 1938 to produce instruments for cockpits and pilot’s watches. Back then, Willy Breitling (who was only 19 years old when he assumed control of the company his grandfather founded) chose the name ‘Huit’, the French word for ‘eight’ as a reference to the eight-day power reserve offered by its instruments.

At the time, chronographs were a major source of revenue for Breitling but they only had a single pusher to start, stop and reset timekeeping. Young Breitling recognised that this was terribly inefficient so he developed and patented the world’s first two-pusher chronograph in 1934. Their first aviators’ chronograph was released two years later with luminescent numerals and hands against black dials for vastly improved legibility.

“With the Navitimer 8,” said Kern at the launch in January, “we are honoring not only our rich heritage but also our pioneering role in building chronographic instruments. But while the Navitimer 8 pays tribute to our past, it also does something considerably more important. It opens the door to a very exciting future.” 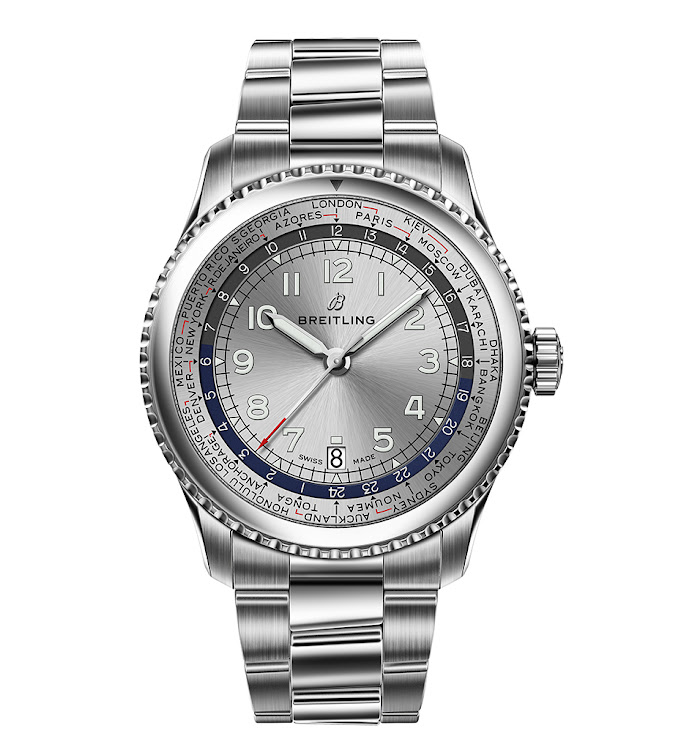 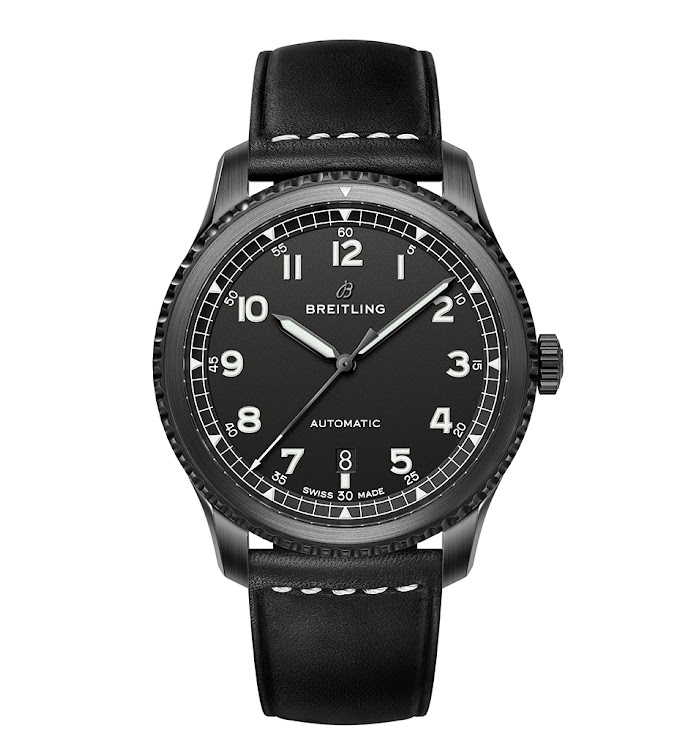 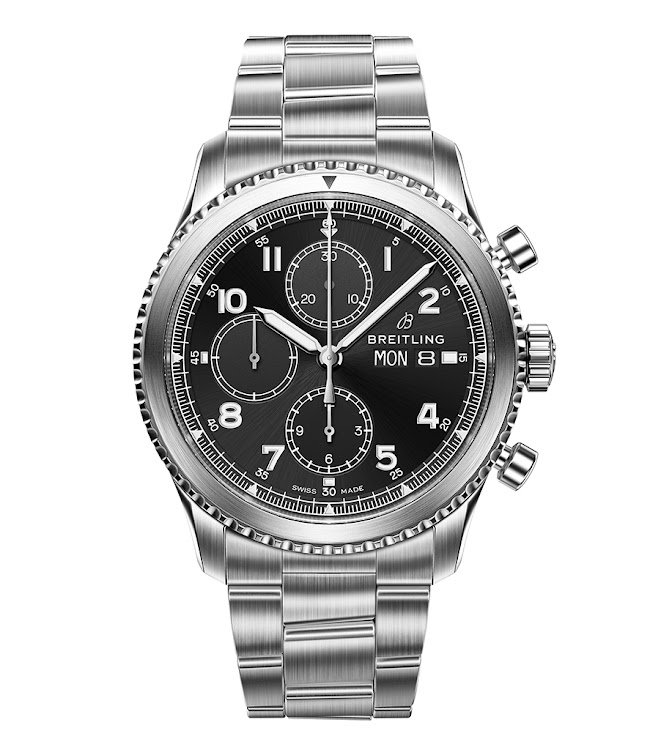 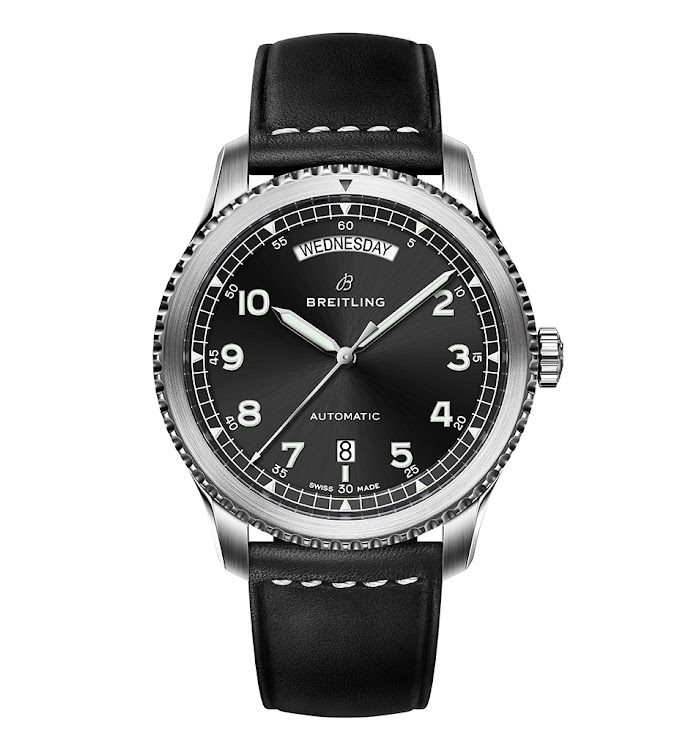 You don’t have to be a pilot to appreciate these new pieces. Although the highlight of this new range is the impressive B01, it’s the Unitime that appeals most to this seasoned traveller for nostalgic and practical reasons. This COSC-certified chronometer is powered by a Breitling Manufacture Caliber B35 automatic movement and offers world-time indication through an independent hour hand that can be adjusted with the crown. With its bi-directional ball-bearing rotor and two spring barrels, Breitling can claim a power reserve of more than 70 hours. For a more retro feel the dial is available in silver (reminiscent of the Unitimer from the 1950s) or in black if you prefer something bolder. The 43mm stainless steel case comes with an alligator leather strap or stainless bracelet. All watches are water resistant to 100 meters. 086-100-1884

Although inspired by an iconic vintage diver’s alarm watch from the 60's, the new collection also introduces a proper modern sports category for the ...
Watches & Jewellery
2 years ago

From literacy projects to conservation, here are a few luxury brands taking action and contributing to change. With a few timepieces to match
Watches & Jewellery
2 years ago
© Wanted 2020 - If you would like to reproduce this article please email us.