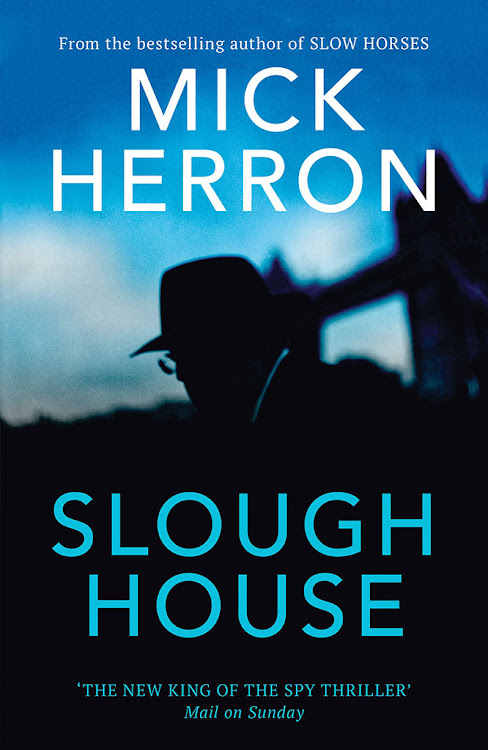 There are few writers whose books I await as impatiently as Mick Herron.

He was something of a cult writer at first, slowly building up a following for his unconventional spy thrillers but now, after a decade or so, he is sailing steadily in the mainstream.

I haven’t read much of the spy grandmasters John le Carré and Ian Fleming, finding the conventions of drops, blinds, double-blinds, moles, honey traps, and so on just annoying. Give me a tense, twisty psychological thriller any day. I prefer unreliable narrators to unreliable agents.

Herron is something else entirely. For one, he has a sardonic humour that sometimes spins off into real farce, and for another, his main characters are absolute failures rather than the usual heroic operatives. They are known as the “slow horses” — an assorted group of MI5 has-beens — not because they are old but because they have screwed up so spectacularly that they have been removed from HQ. They can’t be released back into the real world, so are sent to a dismal halfway house, the Slough House of the title. It is a nasty, suppurating building in which the mugs are always dirty and mould blooms on the walls, and disgrace is thick in the air.

The slow horses plod along, eking out their days on mindless research tasks and squabbling among themselves. Among them there’s a recovering alcoholic; a delusional narcissist who’s a cyber genius; a cokehead with an anger problem who likes to dance in clubs; a young man who has shamed his family’s proud MI5 record, and so on. Over them all looms, or rather, lurks, one Jackson Lamb.

Lamb is one of contemporary fiction’s unique characters: a morbidly obese, smoking, farting oaf who lives on tumblers of Scotch and boxes of Chinese takeaways. He is appallingly bigoted and scathingly-tongued. Here he is addressing one of his broken-down steeds: “So, any nasty eyes tracking your private pleasures last night? Or were you too busy playing the old ham banjo to notice?”

Lamb was a legendary spy in his day before he, too, bungled, and was sent to run Slough House as punishment. His opponent is the chief of intelligence Diana Taverner — “An older woman who wore her authority as she might an ermine gown: it kept her warm, and people noticed it.”

Of course, despite their ineptitude the slow horses win the day again and again over the course of the 10 books in the series.

In the latest, Slough House (John Murray), Taverner has ordered a hit in Russia after the Secret Service there killed a British citizen by Novichok poisoning. The Russians, in turn, have headed to the UK seeking vengeance, and Lamb’s hapless crew are being wrongfully targeted. For all his grossness, he has flashes of brilliance and guards his damaged joes fiercely.

Herron keeps us on edge by knocking off the odd horse in each book, so the danger they are in feels very real to the reader. Someone is going to be sleeping with the fishes by the end.

While Le Carré’s books reflected the morally ambiguous times of the Cold War, Herron’s are an expression of our own chaotic, corroding times. There are self-serving politicians, slimy bureaucrats, and malignant YouTube news anchors. There are home-grown terrorists, dodgy, yellow-vested agents provocateurs and cryptic mentions of “You-Know-What” (Brexit). But there are also the petty dramas of Slough House: in parts the books read like episodes of The Office, sad and painfully hilarious.

Herron, who came out to South Africa in the now almost forgotten days of book festivals and author dinners, is a placid and measured man. You couldn’t pick him out in a crowd if you tried. His background is deliberately vague: like Le Carré he is Oxford-educated and then worked as a sub-editor on some unnamed legal publication while scribbling detective stories in the evening. So convincing is Herron’s depiction of the intelligence world you’d swear that, like Le Carré, he worked for MI6. But he denies it every time he’s asked and insists he just does his research.

Slough House was completed before lockdown, and I’m back to drumming my fingers in anticipation of the next. In the meantime, a television adaptation called The Slow Horses is in production, starring Gary Oldman as Jackson Lamb and Kristin Scott Thomas as Diana “Lady Di” Taverner. We’ll have to be satisfied with that.

Shubnum Khan’s adventures of a lifetime, from travelling the world to having multiple identities on the internet
Voices
1 year ago