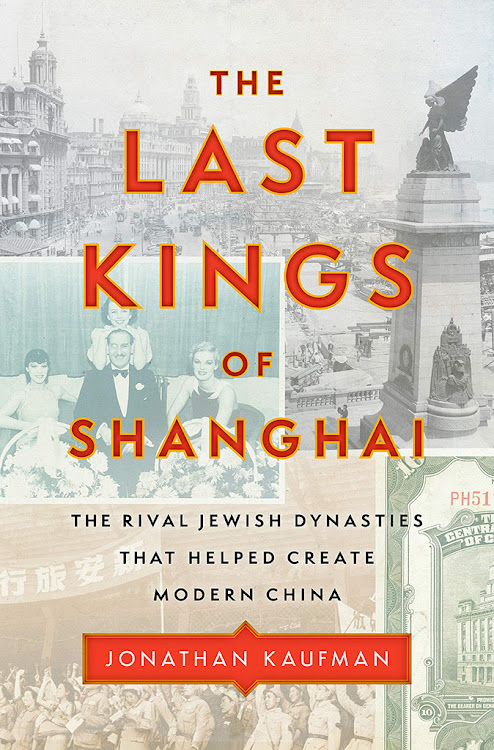 Behind every great fortune lies a great crime, wrote the French author Honoré de Balzac. The crime, in the case of the dizzyingly wealthy Sassoon family in Asia, was opium smuggling. In The Last Kings of Shanghai: The Rival Jewish Dynasties That Helped Create Modern China (Viking) Jonathan Kaufman excavates the fascinating story of two families, the Sassoons and the Kadoories, that has been buried under drifts of Communist propaganda. Kaufman is an old China hand, having reported on the country for more than 30 years for The Boston Globe, and he brings a balanced and nuanced perspective to a tricky history.

“As China’s power grows and its rivalry with the US intensifies,” he writes, “understanding the stories that it tells itself matters. They can help us understand what makes China tick.”

The Sassoons were powerful Baghdadi Jews, having lived there for some 800 years. Unlike their European kin who lived precariously on the outskirts of society, Jews thrived in Baghdad, which was a crossroad of cultures and boasted some of the world’s leading mathematicians, poets, and doctors. The Sassoons were “Nasis”, economic advisers to the ruler, and the eldest son David was readying himself to take over the position from his father when a power struggle between the Ottoman rulers put a faction hostile to Jews in power. David, who was a business prodigy and multilingual, was forced to flee after a new Turkish pasha threatened to hang him. He stowed away on a boat, with a handful of pearls sewn into the hem of his cloak.

Eventually he settled in Bombay. It was 1830, the height of the British Empire, and David shrewdly allied himself with the colonials and cast about for business opportunities. It was the beginning of a vast and sprawling dominion. He made a fortune selling opium grown in India to China and built a business empire with his eight sons, whom he deployed around Asia. They built cotton mills and docks and sent out fleets of steam ships. They established Sassoon schools and hospitals, libraries and synagogues, and married only women from the Baghdadi Jewish community.

One of the pupils at the Bombay Sassoon school was a Jewish boy named Elly Kadoorie. When he finished school he joined the company in Shanghai but, before long, left to start his own organisation. He and his sons would also make their fortune in Shanghai and Hong Kong and the families became fierce rivals.

Jump to Shanghai in the 1920s and ’30s, when it was at its most vibrant and cosmopolitan, and where David Sassoon’s great-grandson Victor had moved the family business. Already by 1895, Shanghai had a modern tram system and gas works that rivalled London’s. By the 1930s, writes Kaufman, it had skyscrapers and a skyline that rivalled Chicago’s, and was the fourth-largest city in the world. At the centre of this dazzling, jazzy city was Victor Sassoon, sybaritic playboy and war hero who walked with crutches and flashed a monocle. He was also extremely sharp, having studied at Cambridge. He built the swanky Cathay hotel, where he threw decadent costume parties and entertained the likes of Noël Coward and Charlie Chaplin. In Hong Kong, the Kadoories were also building fabulous hotels, including the matchless Peninsula, and they thrived in other businesses such as banking, rubber plantations, and electric power utilities.

It is this story, then, that China has told itself: that the rapacious and debauched foreigners exploited the Chinese working class and forced them to live in squalor while they lived in luxury. In school classrooms today there are posters that declare “Never Forget National Humiliation”. While there is, Kaufman argues, much truth in this Communist version of history, there are other truths as well.

One of the most enthralling stories is the fate of Jewish refugees fleeing the Nazis in Germany and Austria. Thousands poured into Shanghai from ships, mostly middle-class professionals and businessmen, bewildered and appalled by the crowds. Sassoon and a group of wealthy Jewish businessmen in the city, including the Kadoories, organised housing and medical care. In one of his skyscrapers, he installed a kitchen to serve up 1,800 meals a day and where young men were trained in trades. Soon there was a settlement called Little Vienna, with orchestras, a newspaper, and European-style cafés. “The Sassoons and the Kadoories pulled off a miracle of World War II that Jews in Europe and even the US couldn’t do: they protected every Jewish refugee who set foot in their city, among them thousands of children.”

In 1979, the US treasury secretary Michael Blumenthal met with officials in Beijing and broke into Chinese with a Shanghai accent. They were floored, and he explained that he had been a refugee during the war and had attended the Kadoorie school. So had Hollywood executive Mike Medavoy. The officials knew nothing about the refugees and the ghetto in Shanghai; the Communists had buried the history long ago.

For all their power and wealth, the Sassoons and the Kadoories were blind to the Communist revolution brewing under their noses and were stunned when it came to pass. They lost almost everything, but went on to other countries and other successes. It is telling that, in nearly 200 years of living in the country, none of them learned to speak Chinese.