Everett’s new memoir is as much about him as it is an homage to his obsession, Oscar Wilde 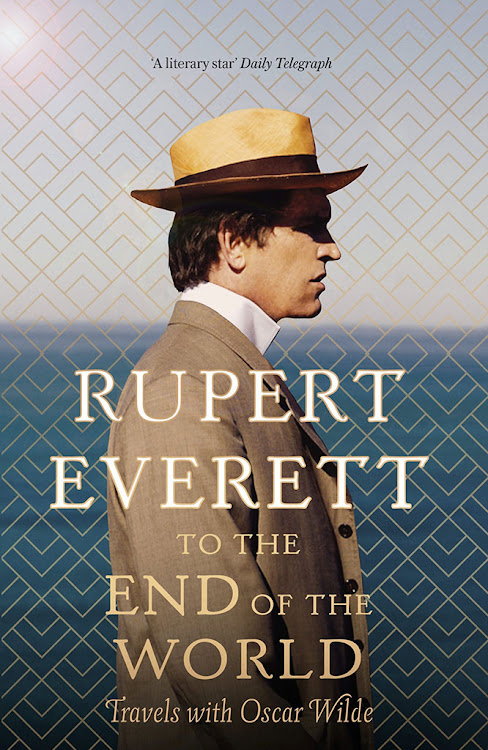 In the photographic section of this absorbing memoir is the famous picture of Rupert Everett and Colin Firth in the 1984 film Another Country. They were both at the beginning of their acting careers, long before they stole away My Best Friend’s Wedding and Pride and Prejudice respectively; long before the awards and the paparazzi, the klieg lights and deranged fans. In Another Country they portray public-school boys based on the characters of notorious spies Guy Burgess and Donald Maclean. Everett is bewitchingly beautiful, louche and attenuated, suffering the homophobia of his schoolmates. The Marxist in Firth’s character makes him an outcast too.

The photograph underneath it in the memoir was taken 35 years later. Everett is playing the writer Oscar Wilde, dying in exile, cast out by his homosexuality. Firth is his good friend Reggie. The film is 2018’s The Happy Prince, written and directed by Everett, which tells the lamentable story of Wilde’s last years. It says a lot that Firth agreed to act in the film for nothing, as Everett’s financing had dried up.

To The End Of The World (Little, Brown) is Everett’s third memoir, after the blisteringly funny Red Carpets and Other Banana Skins and Vanished Years. Subtitled Travels With Oscar Wilde, it is a story of obsession: Everett’s lifelong preoccupation with the flamboyant playwright, and Wilde’s own lethal obsession with his young lover, Lord Alfred “Bosie” Douglas.

Everett remembers when he first heard the name of Oscar Wilde. He was five years old and, as usual, crying for his mother in his bed. When she finally came up to him — “looking like Jackie Onassis” — she read him Wilde’s poignant children’s story The Happy Prince. It ended in tears. “I learn for the first time that there is a thing called love and that it usually has a price.”

Decades later he is playing Wilde in David Hare’s searing play The Judas Kiss in the West End when, just before curtain up, he hears that gay marriage has been legalised. “Just a century ago a man, Oscar, could be imprisoned, ruined — killed off, basically — simply for being gay.” And now, he says, a homosexual stands on equal ground with the rest of society. He is suddenly, almost paralysingly, moved. “Oscar winks at me in the mirror and I apply more eyeliner.”

After the play’s run he is more determined than ever to make a film about Wilde, but it will take more than a decade to get it onto the screen. He writes, produces, directs, and stars in the film. He dreamed of being at the Oscars, where, “receiving my second award of the night, I would hold one glittering statuette up to each ear and scream ‘Are these earrings too garish?’” The dream, as we see, soon turns into a very bad trip. The “snakes and ladders” of making a film is maddening; how any movie gets made is a mystery. 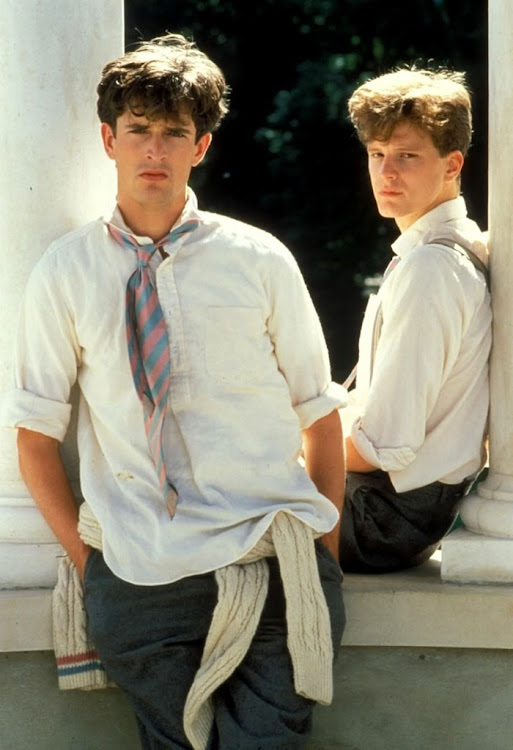 Rupert Everett and Colin Firth in 'Another Country'.
Image: Supplied

Everett is an exceptional memoirist who clads the main story in delicious details and detours: his dubious Aunt Peta introducing him to makeup — or “slap” — at age three; standing up a livid Joan Collins for dinner; failing to recognise his chatty first-class compartment mate on a train as Thierry Henry (he mishears “Arsenal” as “arsehole”). He has a vinegared eye for the lecturers who kicked him out of drama school and a tender eye for his close friend Lychee, a transgender Vietnamese “courtesan” who was murdered in Paris in her white sable fur. Madonna has stopped speaking to him, ever since he described her as a “whiny old barmaid”.

We follow him across Europe as he struggles to set up finance for his film and hunts for suitable locations. Some of the best scenes in the book are about Naples. In the vast station concourse, “Builders’ bums and breasts are displayed with pride as they scream down diamond-studded cell phones clutched in baubled, water-retaining claws.” He finds, and stays in, the crumbling villa that Wilde and Bosie eloped to, with a marble staircase leading down to the sea but without, mercifully, the rats that pestered Bosie’s orgies. The film The Happy Prince is finally made. It is well received and wins some respectable awards but is nowhere near the smash hit he had hoped for. There’s a plangent tone to the last chapters. Everett is feeling his age, reduced to recording auditions on his iPhone and sending them into the “virtual hell” of casting directors’ inboxes.

He quotes Julie Andrews, who once noted that, “While you may love showbusiness with all your heart — dedicate your life and soul to it — showbusiness will never love you back.”

Arch, bitchy, witty, at times dizzyingly camp and at others melancholy and wistful, a feeling of temps perdu, or lost times, imbues the work. But we know that, while Rupert Everett may be edging closer to the wings, he has proved himself over and again to be a glittering writer.

I await a fourth memoir.