Super is one of the most respected safari guides in the business, and an expert on exploring the empty expanse of Botswana's Makgadikgadi 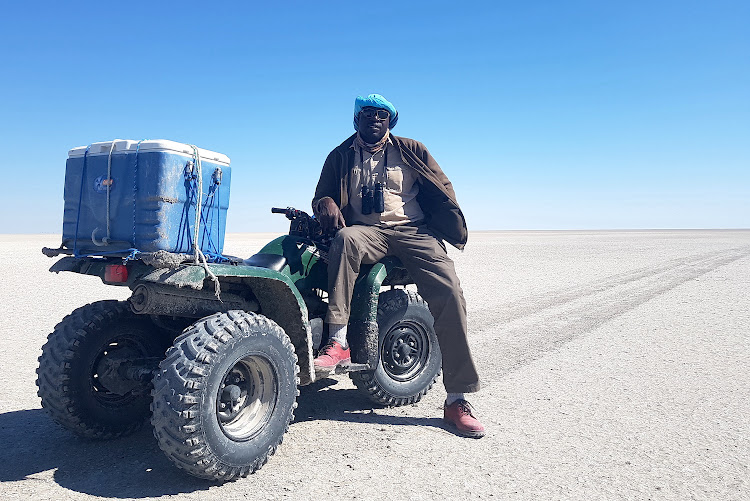 When your 4x4 gets stuck in the cloying sands of Botswana’s Makgadikgadi Pans, it’s not the police or national park rangers you want to come looking for you. If you want to make it out intact, it’s Super Sande that you hope to see riding a quad-bike over the horizon.

Born and raised in the small village of Senyawe, today Super is one of the most respected safari guides in the business, and an expert on exploring the empty expanse of the Makgadikgadi. And yet it all began with oil filters and tyre changes, working as a mechanic in the Francistown garage of, as fate would have it, Jack Bousfield.

The Bousfield name is indelibly linked with safari travel in Botswana, and it was at the rustic family-run camp on the edge of the Makgadikgadi that Sande first saw the potential for a career in the safari industry.

Mosaic is an idyllic spot for a romantic escape, but families are just as welcome there too
Travel
10 months ago

At first the camp was a humble affair, with a handful of tents and no running water. When Jack’s son Ralph opened the eponymous Jack’s Camp, a more luxurious incarnation on their 4,000-square-kilometre concession in the Kalahari and today an icon in the world of luxury safaris, Sande was there, laying pipes and stacking bricks. When not using his towering frame to rescue stuck safari vehicles, that is.

“I was one of the best car-diggers,” jokes Sande. “Pumping tyres and digging out vehicles, that was me. But I think Ralph saw the potential in me, and pushed me into guiding. He has been my guiding mentor throughout my time in the industry.”

After passing Botswana’s official certification exams, Sande began guiding 1994. Back then Jack’s Camp was already making a name for itself as a safari destination as memorable for its opulent under-canvas suites as the mesmerising landscapes beyond.

And it’s time spent out on the land, together with an unbridled passion for it, that makes a great guide, says Sande. 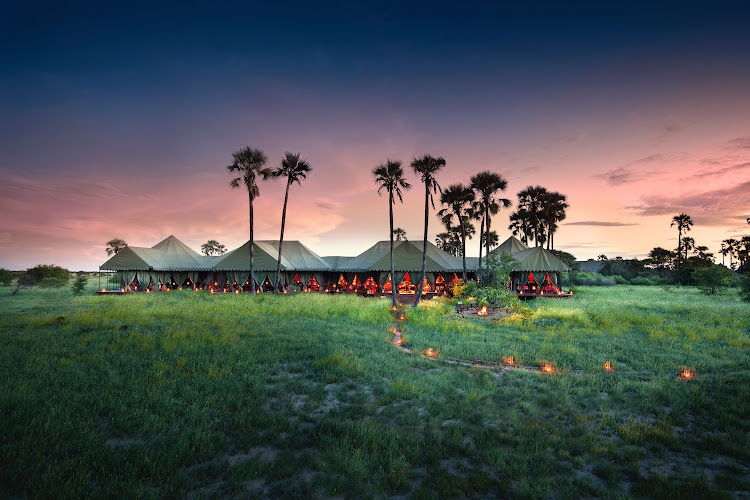 “The license is important, but it’s not what you need to be a good guide. You need to know that land, and use all your senses,” he says. “You smell for the acacia flowers that will be full of butterflies. You listen for every birdcall, and work out what it means. You look for the tracks in the sand and read the land. You need to communicate that to guests, and bring the land to life for them.”

He does the same for enticing potential visitors to visit too, and is now one of four safari guides who appear on behalf of the Botswana Tourism Organisation, preaching the gospel of the Makgadikgadi Pans to audiences across Botswana, and as far afield as Italy and Germany. 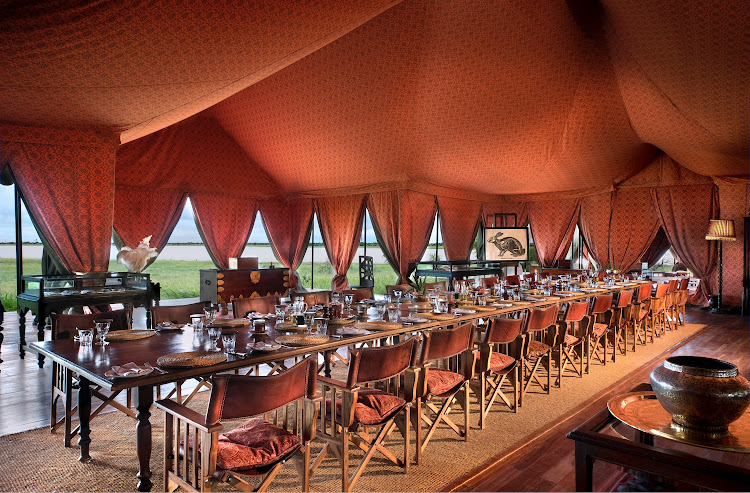 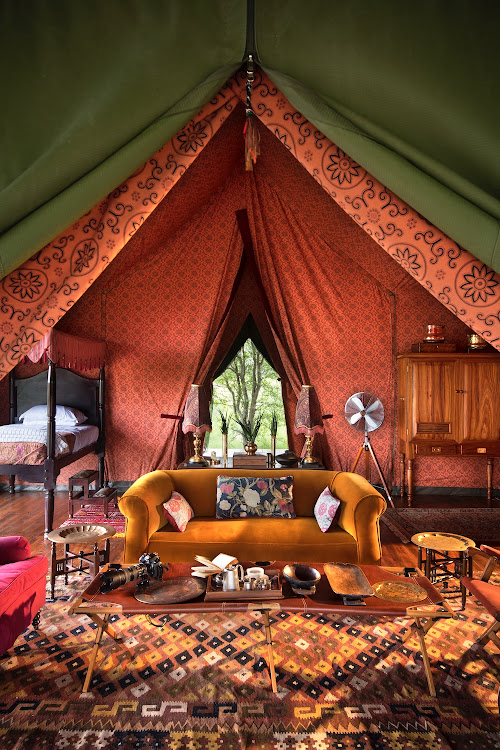 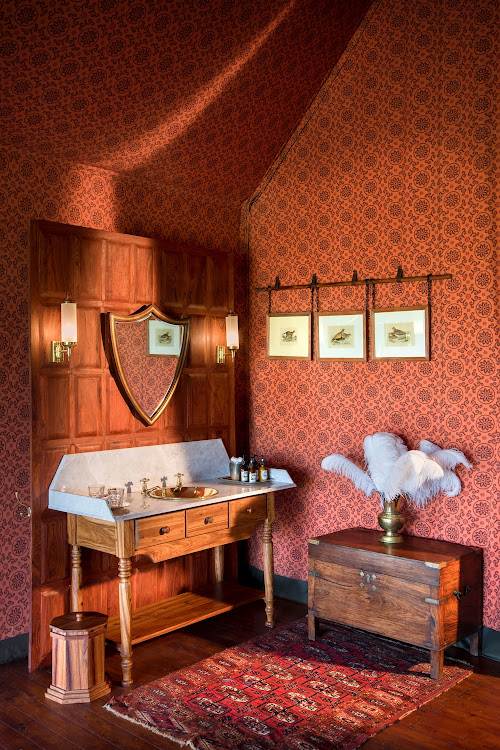 But recognising his own unusual path from tyre-digger to guide, Sande is also passionate about opening a door to the safari industry for others who see such a career as beyond their reach.

“Last year we took 14 people that have never guided before, and started training them. That’s what we want; a person who wants to be in the industry, but that doesn’t know how. A person we can grow into a great guide. With them we start right from the beginning.” 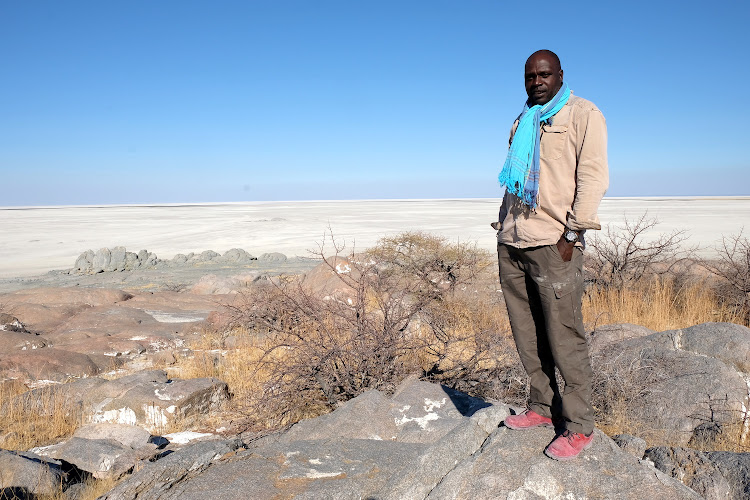 And Sande is proof that from humble beginnings come great things. Today he is one of the most sought-after wilderness guides in Botswana, with a remarkable knowledge of the shimmering pans and their ecology, and a roster of celebrity guests that has included the likes of British journalist AA Gill, photographer Peter Beard and acclaimed American zookeeper Jack Hanna.

“But every guest is important,” says Sande. “For me travelling has changed my life, and I understand that people who take the trouble to come here, I have to make sure every person is given the most memorable experience.”

There is much to be explored in the historical streets of Swellendam, SA’s third-oldest town
Travel
1 year ago

The Idler Philosophy Retreat in Lippiano, Italy, wants you to slow down, have fun, and live well
Travel
1 year ago

Xigera elevates safari lodging to experiential overdrive, writes Aspasia Karras
Travel
1 year ago
Next Article
© Wanted 2022 - If you would like to reproduce this article please email us.