The Idler Philosophy Retreat in Lippiano, Italy, wants you to slow down, have fun, and live well 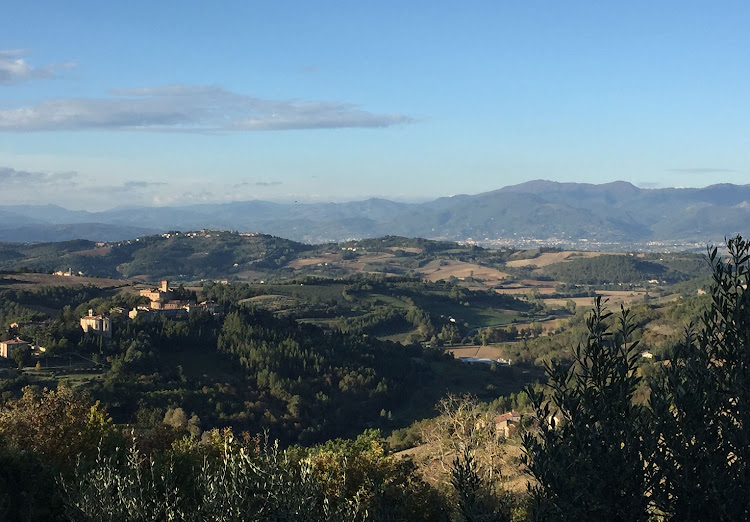 The view over the Umbrian hills.
Image: Sarah Buitendach

A holiday with a bunch of people you’ve never met before, in a house together, where you’re encouraged to do nothing.

Sounds like something straight out of a mortifying reality show, doesn’t it? And yet at the end of 2019, in my 36th year of life, that’s exactly what I found myself doing.

Now before you conjure up an image of a slothful bunch in a patchy 1970s beach cottage on the Wild Coast, hold up.

Rather, imagine pulling back a gauzy linen curtain and opening the grey-blue window and shutters of your room, only to be met by a wall of mist. As it starts to lift, and with a ray of sun piercing through it, you spy some early-morning yoga enthusiasts frozen in ungainly positions on the grass tennis court below. And then you raise your eyes and it hits you: the green and tan fields, the small, winding roads, the copses of autumnal trees embracing an endless series of hills in the distance.

Avoid overworking yourself, and make time to be idle ... Seriously, it's the way forward
Voices
2 years ago

You are in Lippiano, Italy, and your view — well, it’s something out of a movie. Villa Pia, the 15th-century manor you’re calling home for a week, lies on the edge of Umbria, and those golden hills you can see in the distance — Tuscany.

So what to do about this knockout vista? A walk, a quick sketch of the scene, or a jog down to join the yogis? Perhaps, but in my case, I get back into bed. As I lie there reading, I can hear the house coming alive. Across the encaustic-tiled landing, and down the stairs one of our group is trying their hand at making a coffee on the industrial-size barista espresso machine (not as easy as it sounds) and a couple of early risers are nattering while they have breakfast at the long table in the gravel courtyard. Perhaps someone has indeed set off on a bracing amble of the surrounding hamlet and hills. In other parts of the house, people are still asleep. 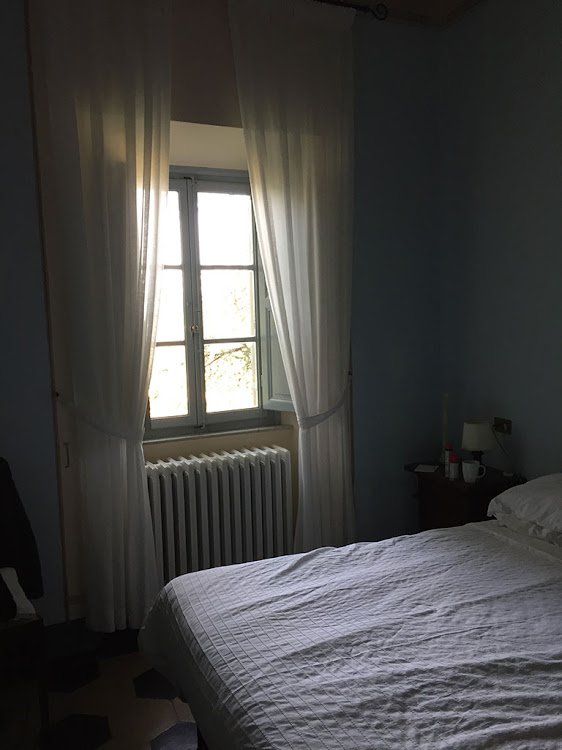 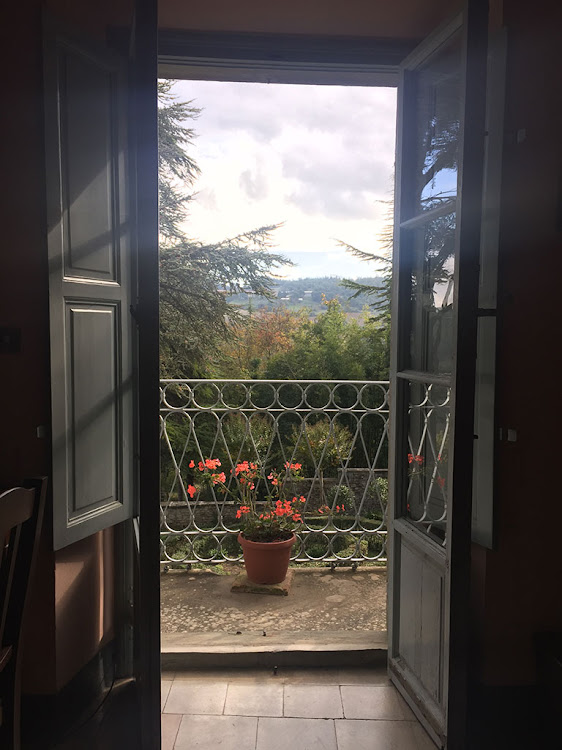 Later in the morning, some of us might head out to truffle hunt, ride a bike, or take another walk (it’s a big theme of the break). Perhaps some of the group of about 20 souls will stay behind to cook, under the instruction of the villa’s chefs, who’ll attempt to get unversed hands to fashion gnocchi or tagliatelle, just like they’ve been making in their families for generations. Other parts of the crowd might loiter or doze on deckchairs.

Hours pass and then we gorge on a lunch featuring the hopeful, if not a little wonky handicraft of the morning’s cooking session. A table is spread with it and platter upon platter of fried aubergines, perfect homegrown tomatoes manifesting in many dishes, different salads, and cured meat like only the Italians can fashion. This is the kind of meal that I am still dreaming about two years later. 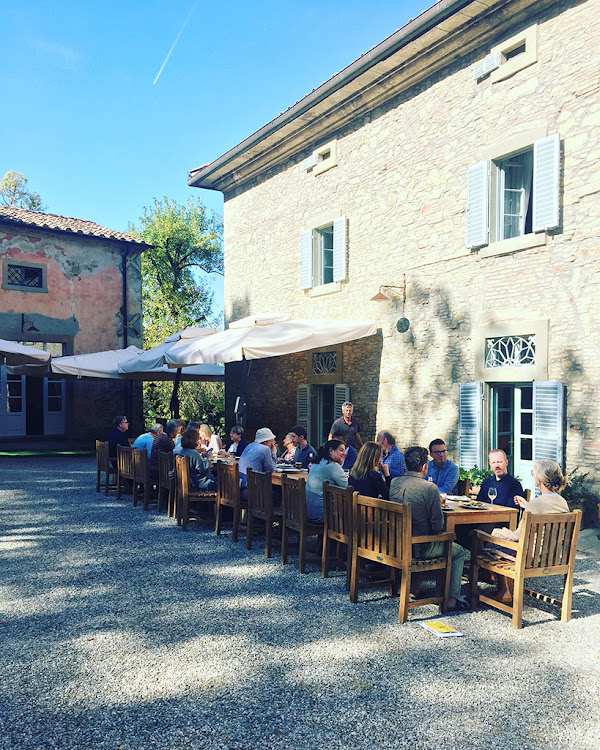 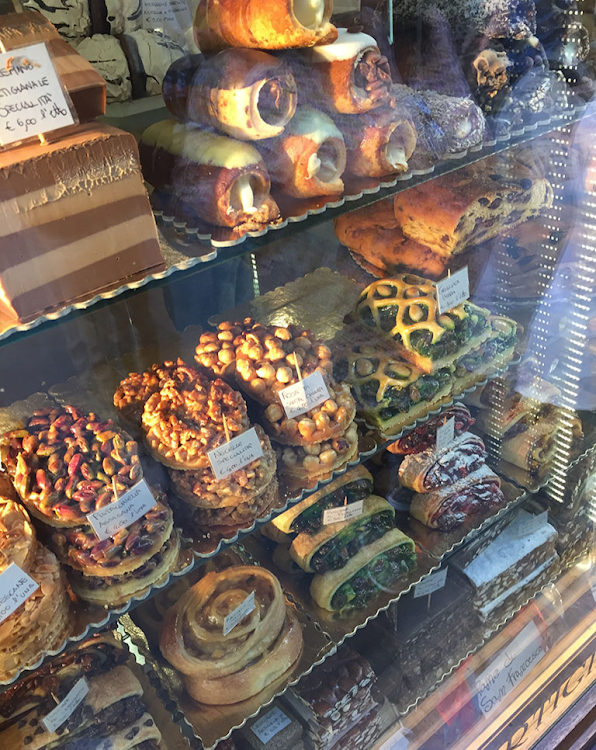 The shop window of an Assisi bakery.
Image: Sarah Buitendach

We drink practically on-tap local red wine as we get stuck into seconds and settle in for a lazy conversation of laughter and general chitchat. It is a benchmark for how to eat.

But perhaps someone has skipped lunch or wandered off for solitude. Maybe some of the crowd will still be at that table in two hours’ time. Really, there are no hard rules.

If my description of my retreat to Umbria sounds deeply noncommittal in its structure and shape, then it’s probably time I tell you that is the reason I went there in the first place. In short: I flew from Johannesburg to London and then Perugia Airport to idle.

I had been a fan of Tom Hodgkinson’s Idler magazine for a while when I decided to take that flight — oh, for the days when this was so easy — to truly embrace the way of life the English journalist has made his raison d’etre. As his website puts it, “Idler is a company devoted to helping people lead more fulfilled lives… We want you to Slow Down, Have Fun and Live Well!”

This weeklong retreat is a physical manifestation of the ethos. Away from our normal lives and in a spot of obscene natural beauty, comfort, and provenance, we have gathered to relax and, in doing so, indulge and think and learn. There’s a lawyer from Istanbul, a retired brother and sister who’ve driven from Switzerland, many Brits, even a San Franciscan idler. 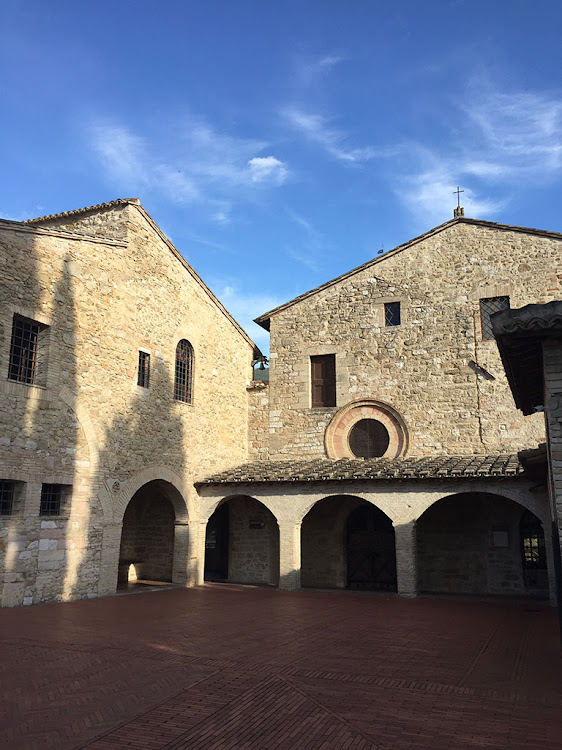 We’ve come from all over to think about and experience a different way of living, and even though I make it sound like an aimless excursion, there is, in fact, knowledge to be acquired, and not just in a loose, “Oh, we should be working less and relaxing more” sense.

In this particular instance, we’ve also gathered to do some light dabbling in the ideas of idling and the ancient, medieval, and modern mind. To expand on this, Hodgkinson a retreat in the Italian countryside for some real idling is joined by psychoanalyst and ancient-philosophy expert Mark Vernon and historian and journalist Tim Richardson. In between (or perhaps, as part of) idling, we gather for sessions that are not exam-worthy stuff, but rather an introduction to a history of idling and ways of thinking. “Socrates was the greatest idler of them all. He literally did nothing except walk around and ask questions,” says Hodgkinson as we settle in to listen.

Casual lectures on, for example, why the Tudors, Puritans, and Industrial Revolution really put paid to idling (thanks for nothing, work ethic and capitalism) are one thing but the surrounding countryside is ripe for learning. One day we walk to the village of Monterchi to see Piero della Francesca’s incandescent fresco painting of the Madonna del Parto. We also spend an entire day in nearby Assisi. The birthplace of Catholic Saint Francis, this hillside town, in pre-pandemic times, is a hub of tourists and Franciscan pilgrims. Primarily they mass to see and spend time in the centuries-old Basilica of St Francis, but up every one of the steep streets are moments of pure architectural and historical wonder. You cannot but stop and look at doorways, other churches, even beautiful street signs — and, of course, there’s more in the way of picturesque views too.

At the time, of course, the work’s theme of “retreat” seemed so relevant — but a year and a half later its meaning has taken on even more significance. In hindsight, it offered a creepily prescient reference to our new, unsettling plague-filled world. And thinking about it now, I couldn’t think of a better cure to this current malady than another Idler escape.

• The next Idler Philosophy Retreat is scheduled to take place at Villa Pia between 9-16 October 2021.

Now and zen: Rest, recharge, and reboot at these wellness retreats in SA

If you’re already overwhelmed by the stress of 2021, you need to know about these recharge options
Travel
1 year ago

Five quarantine-free places your South African passport can take you

Yearning for an international getaway? While much of the world remains off limits, here are some fuss-free options for South Africans
Travel
1 year ago