Celebrating the allure of the automobile at Villa d’Este 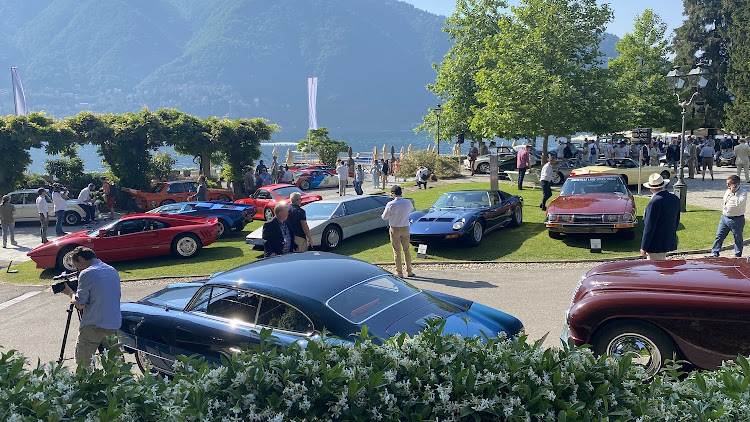 Guests mingle with some of the cars that made history on the lawns of Villa d’Este in Italy.
Image: Supplied

We all love a great garden party, especially one where everyone gets to dress up and enjoy a nice glass of bubbly. If the garden happens to be that of Villa d’Este on the banks of Lake Como in Italy, even better, but when you add in some of the greatest cars ever made, then it’s a garden party that’s hard to beat.

We’re talking about the famous Concorso d’Eleganza Villa d’Este, on of the top concours events on the classic car calendar. Entries are strictly by invitation and this year the event has categories with names such as The Golden Age of Elegance: The Art Deco Era of Motor Car Design and Born for the Racetrack: Win on Sunday, Sell on Monday. There was also a category for Ferraris to celebrate the fact that the prancing horse is celebrating its 75th anniversary in 2022. Long-time sponsor of the event, BMW, also had its own share of the limelight to celebrate 50 years of its M performance and motorsport division with the category 50 Years of Mean Machinery: BMW’s M Cars and their Ancestors.

Only one car gets to be awarded Best of Show by the jury though, and this year that accolade went to a Bugatti Type 57 S Vanvooren cabriolet from 1937, which also took the Art Deco award. One of just four Type 57S convertibles to be built by Parisian coachbuilder Vanvooren, it has a very special story to tell. It was once owned by a vice-president of General Motors, who replaced its Bugatti eight-cylinder engine for a Buick V8. What sacrilege, but fortunately a subsequent owner found the original engine 40 years later on the internet and reunited the engine with the car.

The winner of the racetrack category went to a 1961 Porsche 356 B Carrera Abarth GTL while a pristine Mercedes-Benz 540K Cabriolet A from 1936 took the award in the Kompressor: The Supercharged Mercedes-Benz class. 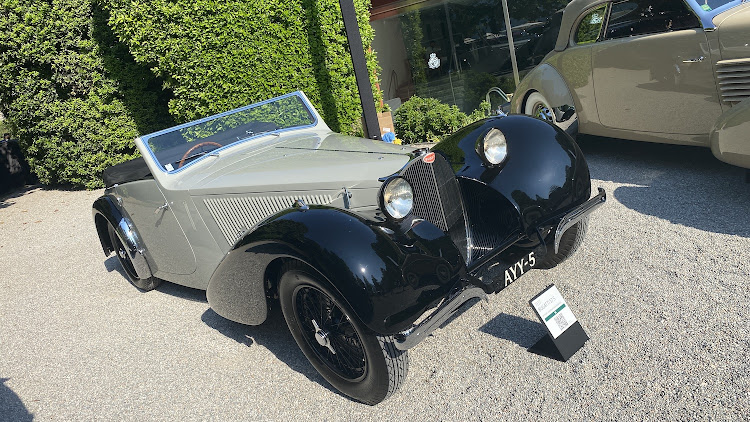 The award for the best BMW went to a beautiful Golf Yellow 1972 3.0 CSL while the winner in the Ferrari category was a 1966 Ferrari 365P Berlinetta Speziale Tre Posti. Designed by Pininfarina stylish Aldo Brovarone, this car was the first road-going, mid-engined Ferrari, a layout that Enzo Ferrari had always been opposed to. It is one of just two built as experimental models and like the famous McLaren F1, has the steering wheel in the middle of the interior. 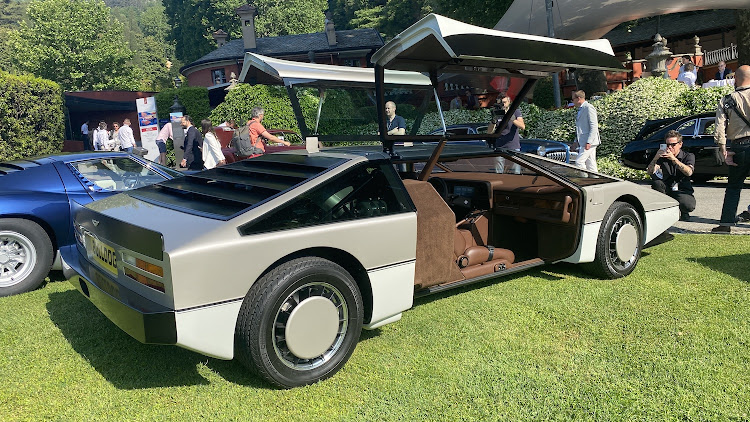 The category of Breaking the Speed Barrier: Pioneers that Chased the Magic 300km/h was won by a Porsche 959 Sport, but for many it wasn’t the main attraction. The one that grabbed the attention the most was a 1971 Citroën SM. It seems an unlikely candidate for a speed record entry, but fitted with a parachute to help it stop, it achieved 321.9km/h. 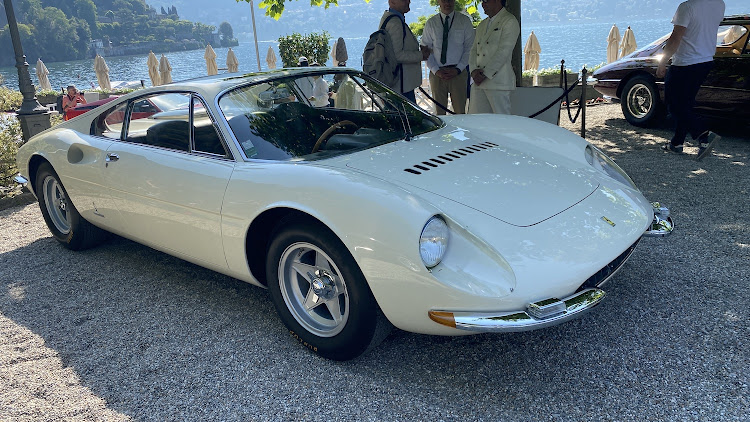 This 1966 Ferrari 365P Berlinetta Speziale Tre Posti was the first road-going model that Enzo Ferrari allowed to have a mid-engine.
Image: Supplied

The concours was, of course, full of attention grabbers, such is the nature of the event, but there were some that really stood out for us. One was the Aston Martin Bulldog, a one-off car built for a client in 1979 that has always captivated the imagination with its dramatic wedge shape, gullwing doors and hidden headlights. The aim was to break the 200mph (321km/h) barrier but in 1981 it only managed 192mph (308km/h). Now owned by a collector in the US, he intends to try again in 2022 and the Bulldog was awarded Best of Show by the public. 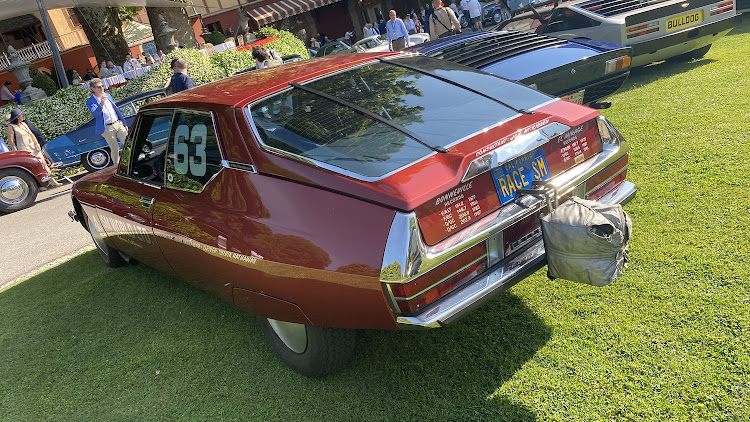 Possibly the only Citroen to ever be fitted with a parachute.
Image: Supplied

A 1927 Rolls-Royce 20 HP was one of the proudest vehicles on display. Bought in 1931 by the Nawab of Sachin, a former independent state in India, the Rolls was a ceremonial car which has been immaculately restored and looks as grand today as we imagine it did back then. A 1952 Lancia Aurelia B52 B Junior was another highlight for us. One of only two built, it debuted at Como following a full restoration after being discovered in serious disrepair in the US. It’s the first time we’ve seen one and its design is beautiful and just a little American gangster. 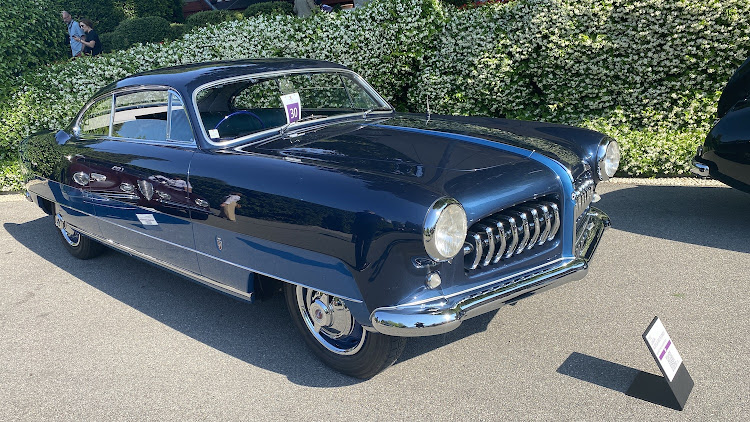 There’s something American gangster about this 1952 Lancia Aurelia B52 B Junior.
Image: Supplied

It wasn’t all old cars: the event is well known for its more modern concepts and here it was a 2020 Bugatti Bolide that received the public award for best concept car and prototype. We’d have gone with the gorgeous and incredible-sounding 2022 De Tomaso P72 though. 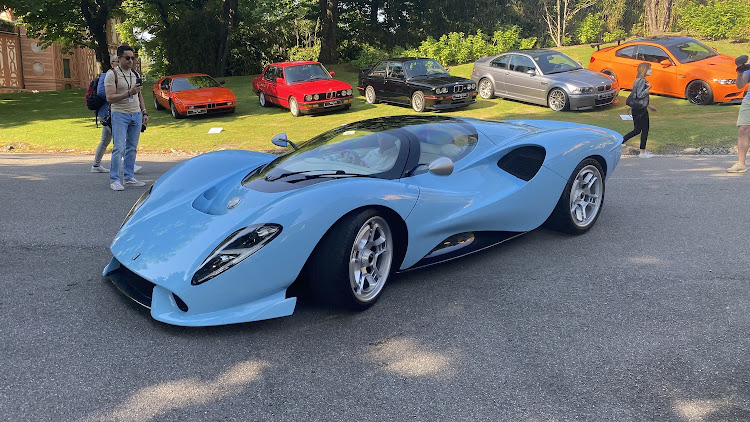 The public went with a Bugatti but we think this 2022 De Tomaso P72 was the best mod-ern concept car of the show.
Image: Supplied

The most modern cars on display weren't actually in the concours. BMW pulled the covers off its new M4 CSL and i7 all-electric 7 Series. It’s debatable whether either will be in a concours event in the decades to come, but who knows what the jury will be looking for by then. 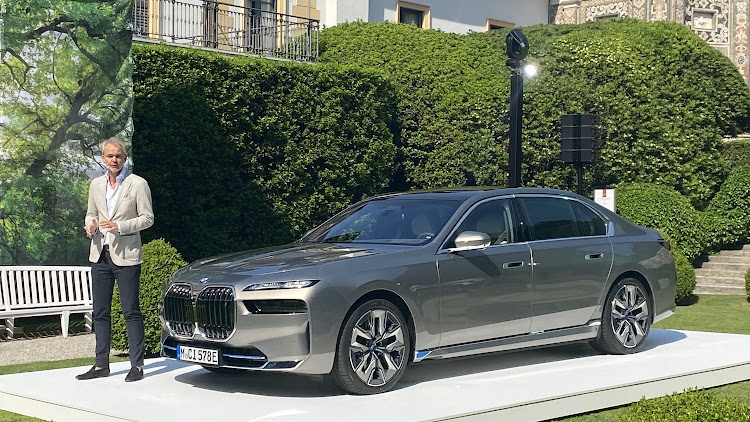 The New Range Rover takes comfort to the max
Cars, boats & planes
7 months ago
Next Article
Commenting is subject to our house rules.
© Wanted 2022 - If you would like to reproduce this article please email us.