The new Range Rover takes comfort to the max 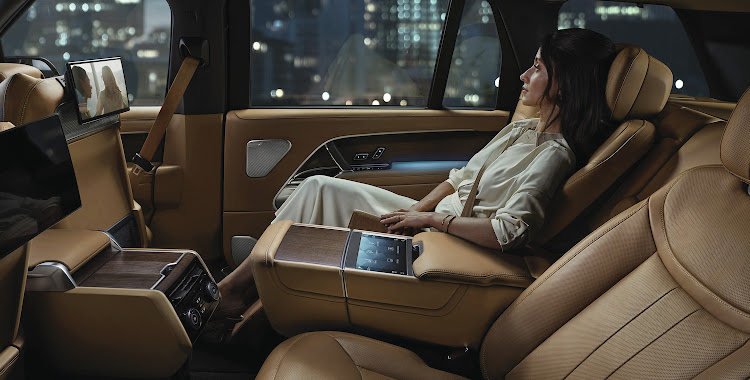 Range Rover created the luxury SUV class 51 years ago, and now the wraps have come off the new, fifth-generation model. It is headed to South Africa in the second half of 2022 to compete with the Mercedes-Maybach GLS and BMW X7.

Like its predecessors, the premium British SUV offers go-anywhere ability in maximum comfort, with technology that has taken a leap forward. Styling-wise, there’s been no fiddling with a successful recipe. It is still instantly recognisable as a Range Rover with its trademark chunky profile and short overhangs, but has been tidied up with minimalist detailing that includes flush-fitting door handles and a simplified version of the traditional side graphic behind the front wheels.

A drag coefficient of 0.30 makes it the world’s most aerodynamically efficient luxury SUV, says Land Rover. The rear adopts the most noticeable restyle with a distinctive arch that incorporates slim new darkened LED tail lights that are “hidden” until they light up. This new boat-tail rear comes with the traditional split tailgate. The British SUV will be available in standard and long-wheelbase versions, with the latter offering seven seats for the first time.

The famed Italian sports-car brand's 296 GTB has both power and emotion
Cars, boats & planes
5 months ago

This new Range Rover pulls out all the stops in terms of luxury. The cabin is lined with sumptuous materials, including plated metals, smooth ceramics, mosaic marquetry, and soft, near-aniline leather. A new SV Signature Suite option on long-wheelbase models pampers passengers with massaging seats, an electrically deployable Club Table that rises theatrically from the centre console, and reclining rear seats. Active noise cancellation helps create one of the quietest vehicle interiors on the road by monitoring wheel vibrations, tyre noise, and engine sounds, and by generating a cancelling signal through 35 speakers. 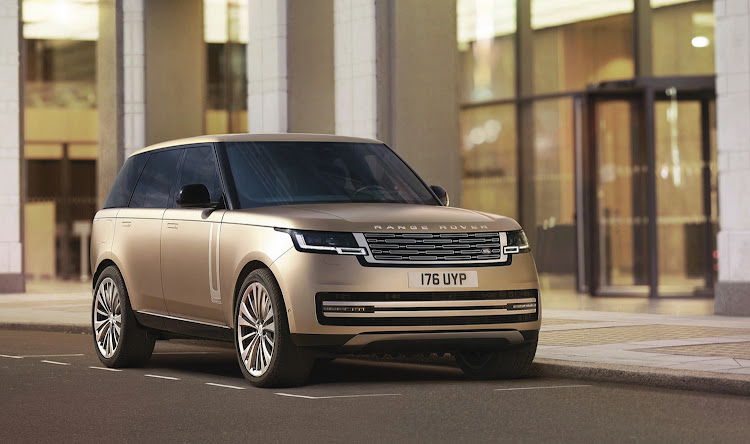 All four passenger doors are power assisted, and they work when the vehicle is parked at angles of up to 10 degrees while off-road. Digitisation has been used to achieve a clean, uncluttered cabin. The infotainment is provided by a Pivi Pro system featuring a 13.1-inch curved touchscreen with haptic feedback, while the instrument panel is a 13.7-inch interactive display. Rear passengers can enjoy an entertainment system with adjustable 11.4-inch HD touchscreens, complete with a Wi-Fi hotspot and HDMI ports to connect devices. Remote park assist allows drivers to guide the big SUV into tight spaces using a smartphone app while standing outside the vehicle.

It is the most agile Range Rover yet, featuring an electronic roll-control system, all-wheel steering for maximised high-speed stability with improved low- speed manoeuvrability, and pre-emptive independent air suspension that reads the road ahead and primes the vehicle for upcoming corners. Intelligent all-wheel drive automatically distributes torque between the front and rear axles, and across the rear axle, for optimum traction on- and off-road. An active locking rear differential ensures maximum grip during high-speed cornering, on slippery surfaces, and during off-road driving.

While owners of this premium SUV might be hesitant to take it wallowing through mud, the new Range Rover retains the off-road prowess of its predecessors with a Terrain Response 2 system that offers six modes for varying surface conditions. Power is supplied by a choice of six-cylinder turbo diesel or eight-cylinder petrol turbo engines, with a plug-in hybrid electric vehicle (PHEV) to arrive in 2023 and a pure-electric Range Rover in 2024. 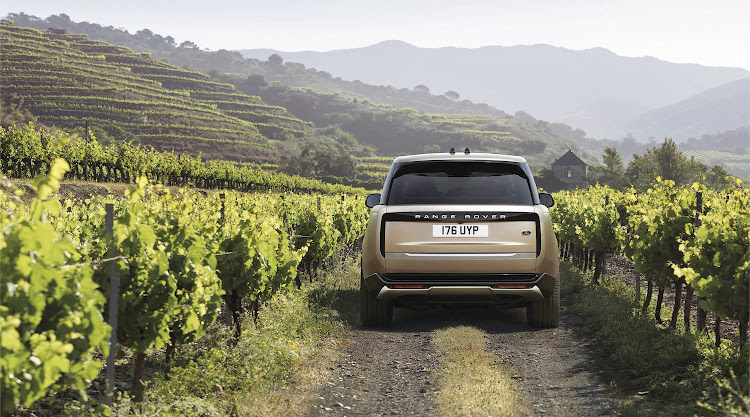 The rear of the new Range Rover.
Image: Supplied

Pricing and final specifications will be confirmed closer to the launch.

The Lamborghini Huracán STO is made to live the track life, but don't drive it like that in the city — not under any circumstances
Cars, boats & planes
2 months ago

Wanted travelled to the home of Ferrari in Maranello, Italy to experience a few days of Ferrari living
Cars, boats & planes
2 months ago