Wanted travelled to the home of Ferrari in Maranello, Italy to experience a few days of Ferrari living 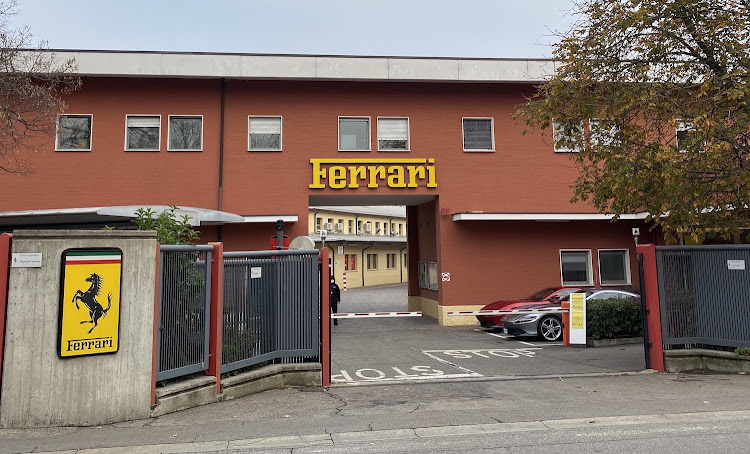 The famous gates of the Ferrari factory in Maranello.
Image: Supplied

Maranello in Italy is hallowed turf for most car enthusiasts, especially those with a passion for the famous carmaker that is based there, Ferrari. The company with the prancing horse celebrates its 75th anniversary in 2022 and we travelled there for the reveal of the very exclusive new Daytona SP3 as well as to spend a few days with its latest Grand Tourer (GT), the Roma.

We arrived at a busy Bologna airport ahead of a drive to Maranello in the back of Maserati’s SUV, the Levante. Maserati will be adding another SUV to its line-up in 2022 in the form of the smaller Grecale, but as much as these two sports car manufacturers are often talked about in the same breath, we were there for Ferrari.

Arriving at the recently refurbished Cavallinos restaurant, we had the chance to watch numerous Ferraris going in and out of the famous gates to the factory before crossing the road and being handed the key to the beautiful new Ferrari Roma which has was recently launched in SA.

This 2+2 tourer features a hand built V8 that produces 456kW and 760Nm and can launch to 100km/h in 3.4 seconds and achieve a top speed of over 320km/h. However, it’s not just about the numbers, as impressive as they are. Instead it’s about the design, luxury and comfort, all hallmarks of a good GT car and which the Roma has in spades. From its shark-like nose to the clever aerodynamics and curvaceous rear, it’s a car that oozes passion from every angle, a car that has been designed and engineered to reward the driver as much for the way it drives as the way it looks. 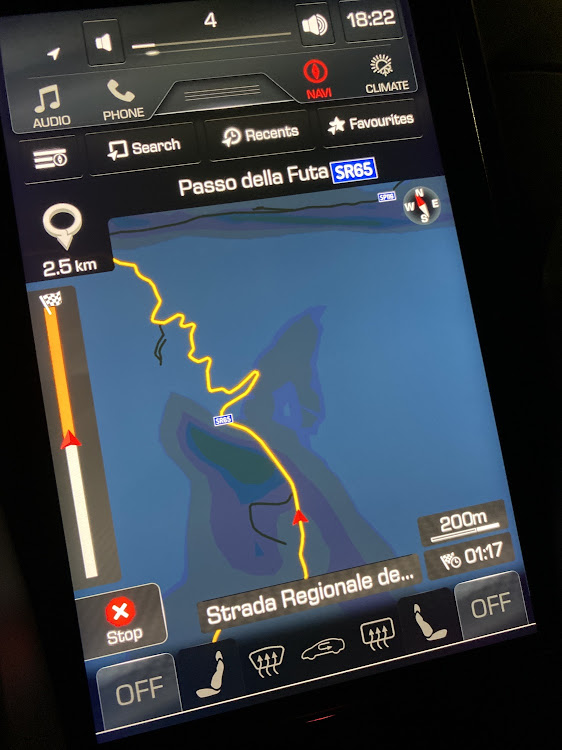 Twisty mountain roads in the darkness of autumn can make for an interesting drive.
Image: Supplied

We were going to be spending three days with the car, which we had already experienced at its international launch squeezed between lockdown periods in 2020. First we had to tackle some challenging, damp and twisty mountain roads in the darkness where the Wet mode on the manettino steering wheel proved useful on occasion. Comfort is the default and Sport proved entertaining, but the biggest challenge was driving into Florence in rush hour. Here the locals don’t give an inch, even to a Ferrari and there were regular sharp intakes of breath as a Fiat 500 passed within inches or a bicycle charged out in front on a roundabout. The streets of Florence are busy and narrow and it was a relief to squeeze down the Piazza di San Paolino and gently descend into the tight underground car park of the new 25 Hours Hotel.

There the car stayed for the next day, because we were headed to a villa that Ferrari had rented to reveal its new Daytona SP3 sports car to owners, dealers and media. Renamed as Casa Ferrari for the week, it had all the hallmarks of traditional Italian architecture, although with many modern touches. We weren't there for the décor though, instead getting the lowdown on the latest in the Ferrari Icona model series. Just 599 Daytona SP3 models will be made and despite a price tag in Italy of €2-million, they are all sold. They are so exclusive that buyers had to have already bought a previous Monza SP1 or SP2, or at least wanted to but been prevented from doing so by the legislation in their country relating to the fact it had no windscreen. 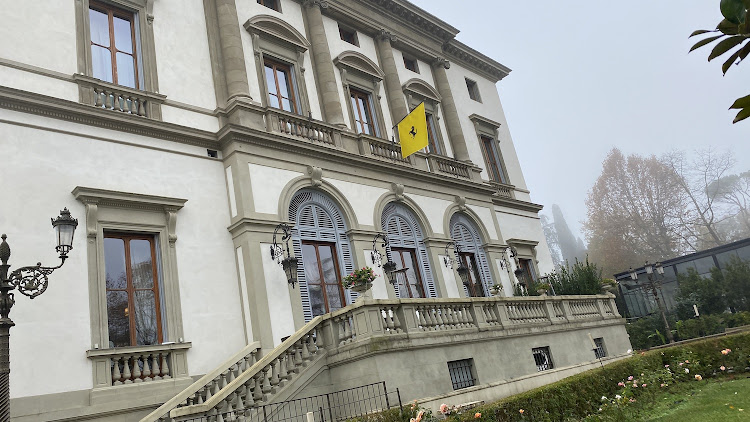 This villa was renamed Casa Ferrari for the reveal of the new Daytona SP3.
Image: Supplied

You can read more about the stunning new Daytona SP3 here but the morning after it had been revealed we were back behind the wheel of the Roma. Early Sunday morning and Florence was quiet, a chance to take in the beauty of the city briefly without fearing for the Roma’s paintwork. However, we had somewhere to be, the famous L’autodromo del Mugello, one of the most famous race tracks not just in Italy but in the world and one that was hosting the Ferrari Finali Mondiali. 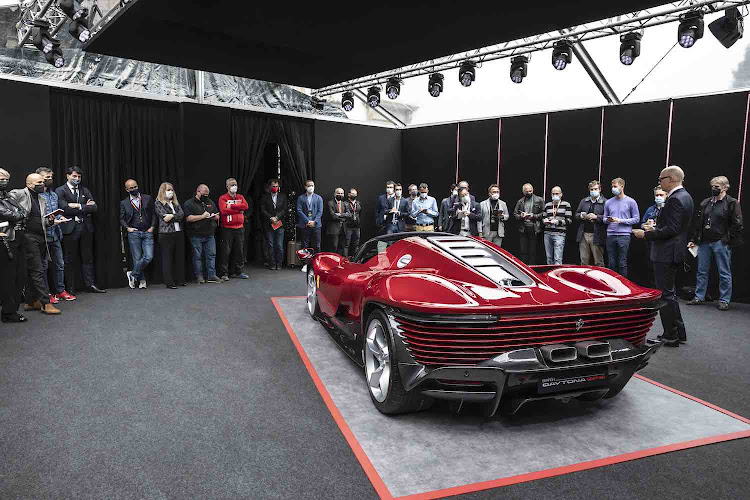 We expected a small Ferrari race day, but were we in for a surprise. The Finali Mondiali is the culmination of all Ferrari’s racing activities throughout the year, from customer race series to World Endurance Racing and Formula 1. The public were not allowed in this year due to Covid-19, so instead Ferrari invited all its employees to enjoy the event alongside drivers, owners and guests. It’s quite the thing, with a vast marquee housing an impressive collection of Ferrari race cars, from those that competed in the Mille Miglia to a wide range of F1 cars. There were multiple hospitality trucks for the different series around the world and of course a paddock full of Ferraris, including Challenge race cars, FXX Competition models and the prestigious Corse Clienti, the latter being F1 cars that have been bought by private owners. 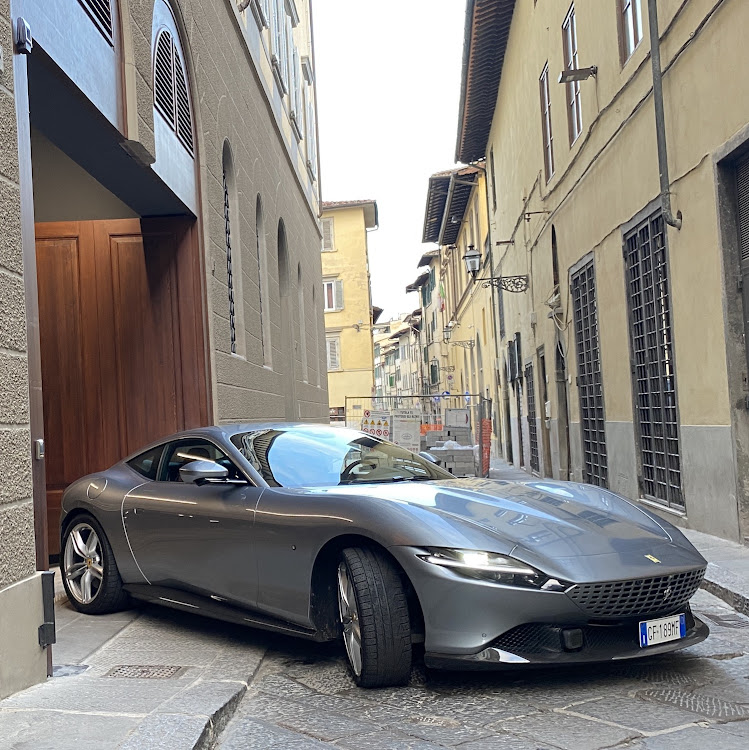 The streets of Florence can be very narrow, especially in a Ferrari Roma.
Image: Supplied

The racing was top notch, the event impressive and the atmosphere representative of the best the famous Tifosi could ever muster, but soon enough it was time to head back to Maranello, although of course we were going to take the long road. That road even took us through Lamborghini’s hometown of Sant’Agata, although unlike the tradition of Lamborghini owners revving their engines as they pass the gates of Ferrari in Maranello, we were more discreet, or as discreet as a Ferrari in Lamborghini’s back yard can be. We did stop for a cheeky pic next to the Sant’Agata sign though, because why wouldn’t you. 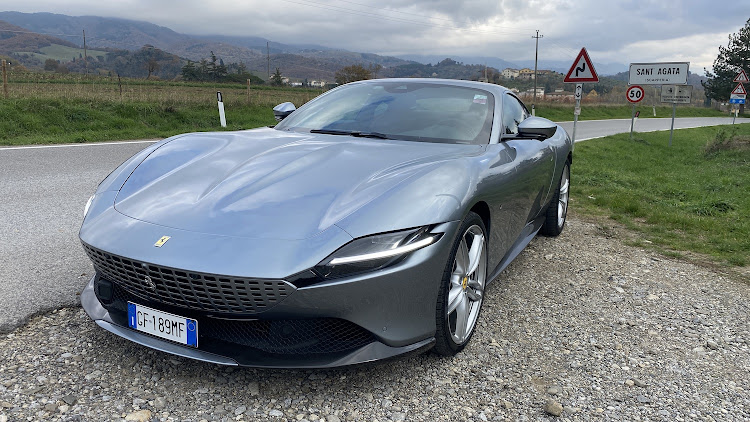 A cheeky pic of the Ferrari at the entrance to Lamborghini’s home town of Sant’Agata.
Image: Supplied 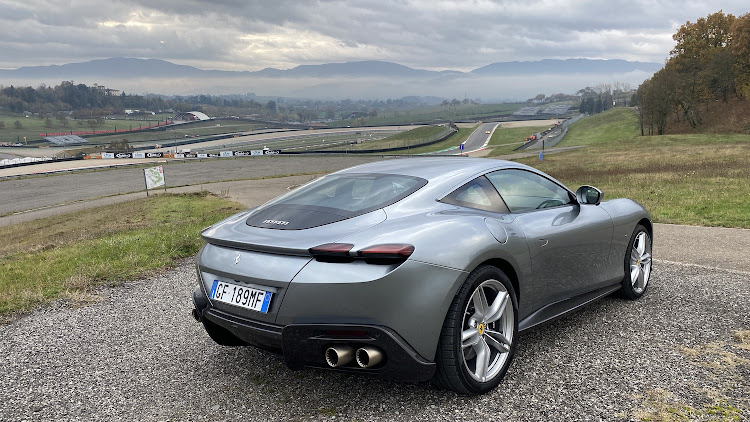 The Roma above the Mugello circuit.
Image: Supplied

The twisty mountain passes were drier and the sun was out and we were able to get more from the sports car personality side of the Roma. It’s a little tail happy on occasion but at the same time extremely rewarding, the electronics always there to gather things up if you get caught out. The steering is incredibly precise, the power delivered in an adrenalin-inducing linear manner, but switch things into Race and it will gladly turn your insides out as you unleash its full 456kW and push all the way to the 7,500r/min red line. 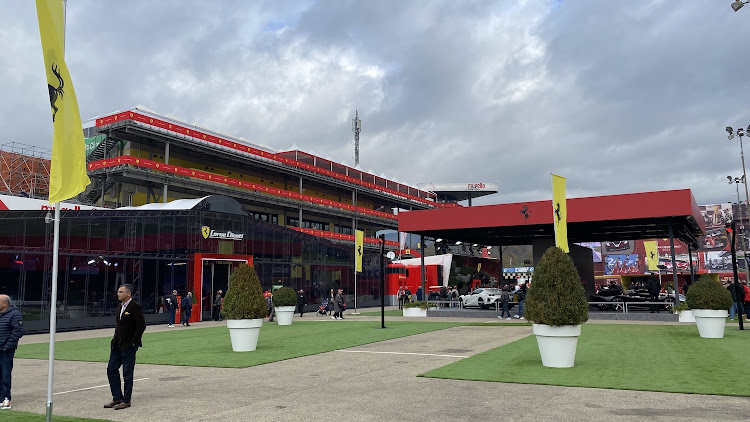 The paddock and hospitality area of the Ferrari Finali Mondiali at Mugello.
Image: Supplied 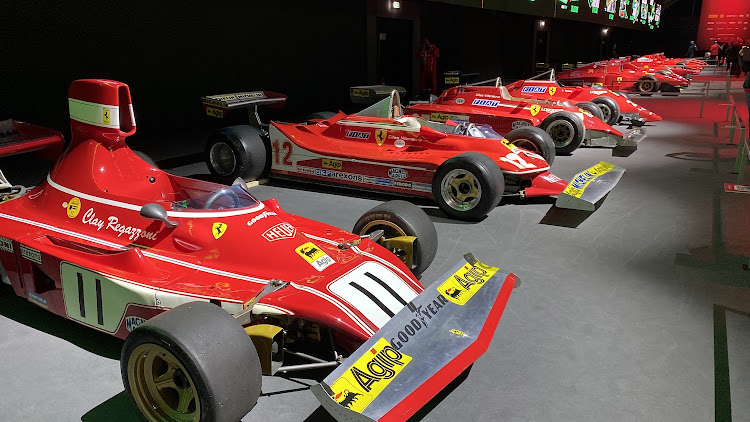 Some of the many Ferrari F1 cars on display at Mugello.
Image: Supplied 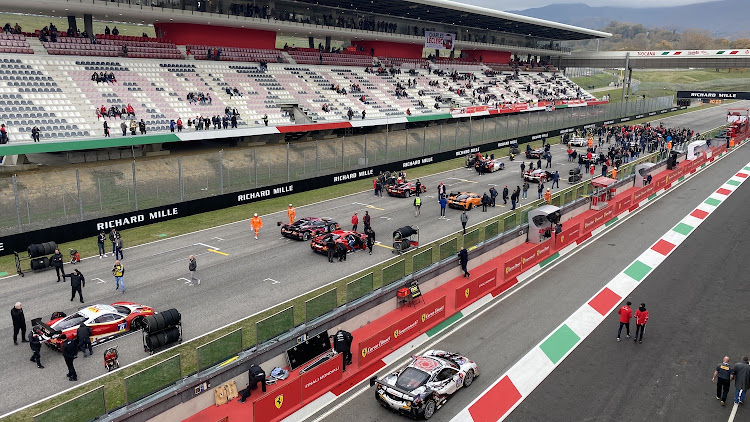 The grid for one of the many races taking place over the weekend.
Image: Supplied

Soon enough though, it was time to park inside the factory gates at Maranello and hand back the key of the Roma. It had been a fantastic few days with the car, enjoying a phrase that Ferrari has adopted for the Roma, La Dolce Vita, the sweet life. 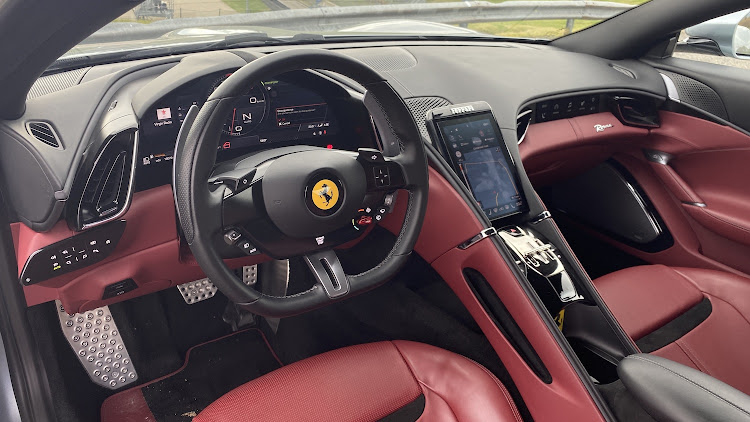 The interior of the Ferrari Roma combines comfort with tech in a way that works really well.
Image: Supplied

A restart for the SL convertible with which the company hopes to acquire a lot of new customers
Cars, boats & planes
2 months ago

The Concorso d’Eleganza Villa d’Este in Italy was slightly smaller this year, but that provided the opportunity to get closer to some rare and ...
Cars, boats & planes
2 months ago

Inspired by the past, made for the future, this supercar has all the right moves2021
Cars, boats & planes
2 months ago
Next Article
© Wanted 2022 - If you would like to reproduce this article please email us.