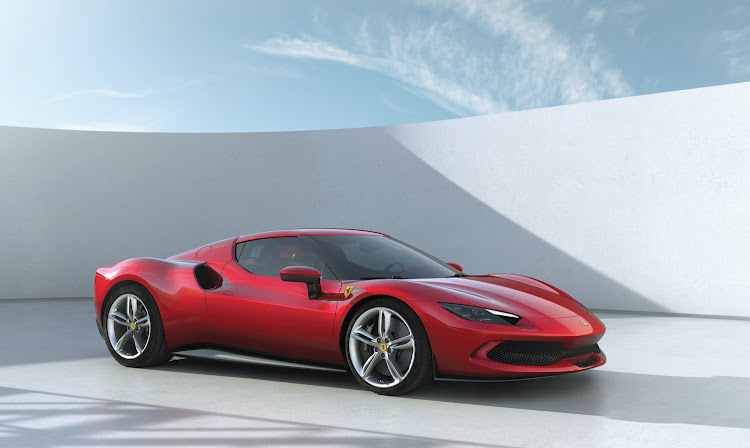 It’s kind of hard for a sports-car company to stick to its purist ideals nowadays. Take Ferrari, which until a few years ago refused to make turbocharged engines because they weren’t part of its zeitgeist. Now it makes some of the best turbo engines around.

Then the Prancing Horse long resisted entering the SUV corral, even as rivals such as Porsche, Bentley, and Lamborghini raked in the profits from their “off-road” sports behemoths. And now, the Ferrari Purosangue, with its four seats and raised ride height, is imminent. Ferrari has learnt that when the tides shift, you have to go with the flow, even if it means selling your soul. And now for the famed Italian sports-car brand, this means electrification. After all, everyone’s rocking down to electric avenue as part of the planet-saving imperative, including Porsche, Lamborghini, Lotus et al.

The new Ferrari 296 GTB (Gran Turismo Berlinetta) is a petrol-electric hybrid that slots in under the company’s V8-powered F8 Tributo. And no, it isn’t Maranello selling its soul exactly, as it’s made hybrids before: the SF90 Stradale plug-in hybrid of 2019, and the LaFerrari launched in 2013. When they were zooming around at more than 340km/h while still hearing a wailing V8 or V12, customers probably didn’t care that volts were involved in the creation of the horsepower. And Ferrari’s hoping customers of the new 296 GTB plug-in hybrid won’t mind either, even though it’s a downsized 3.0-litre V6 (yes, turbocharged) pairing up with an electric motor this time.

The 296 refers to the engine’s 2 992 cubic capacity and number of cylinders, and it’s officially the first six-cylinder in a road car sporting the Prancing Horse moniker. (The Dino built in the 1950s-1970s had a V6 engine but not a Ferrari badge). The 296 GTB may have Ferrari’s smallest engine, but it’s endowed with both power and emotion. We’ve yet to drive it, but videos reveal the mid-engined car emits the goosebump-inducing vocals expected of a Ferrari, and the numbers certainly impress.

Under the sleek, aluminium Italian skin is a total system output of 610kW at a high-revving 8 000rpm. It sounds like a recipe for driving thrills, and Ferrari claims a top speed of 330km/h and a 0-100km/h sprint of 2.9 seconds.The rear-mounted 122kW electric motor provides a full-electric mode range of 25km, suitable for soundless commuting when you don’t wish to wake your neighbours in St Tropez or Clifton. The electric motor can be topped up through a home wall box or public charger. 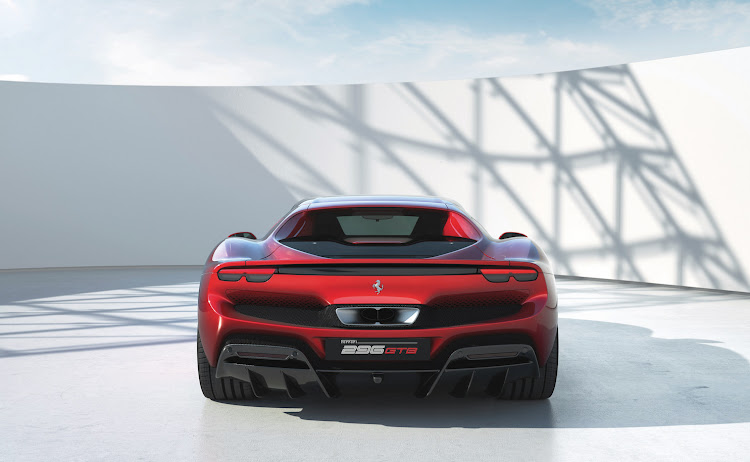 All thrust goes to the rear wheels via an eight-speed dual clutch auto transmission, with power managed by an e-diff (electronic differential) that minimises wheelspin. The car is kept glued to the tar with the aid of an active rear spoiler that produces downforce at higher speeds. Front and rear double wishbone suspension deliver the famed Ferrari handling, with magnetorheological dampers that adapt to surface changes. 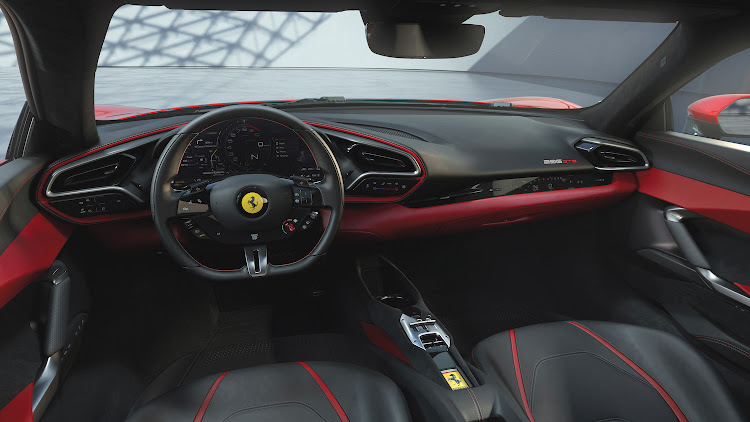 Ferrari’s new two-seater bambino is the most compact berlinetta (sports coupé) to emerge from Maranello in the past decade. It’s 46mm shorter than the V8-powered F8 and also squats closer to the road for a lower centre of gravity. The Italian stunner turns heads from any angle, and key design features include a visor-style windscreen that wraps around onto the side windows, a pair of flying buttresses on the tail, and the 3D surface of the glass engine cover. There’s a single, gaping central exhaust mounted midway up the car’s rear end. 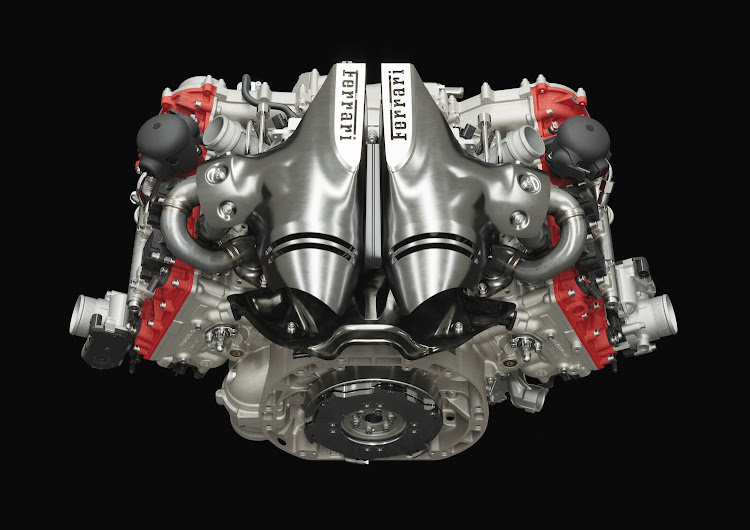 The all-digital cockpit presents high-tech dazzle, and an eManettino dial on the steering wheel allows the driver to switch between four power settings: eDrive (electric only), Hybrid, Performance (the V6 engine is always on), and Qualify (maximum performance at the cost of lower battery recharging). Cogs change automatically via an eight-speed dual-clutch transmission, with an H-gate-style gear shifter that references old-school Ferraris like the one Magnum PI drove. 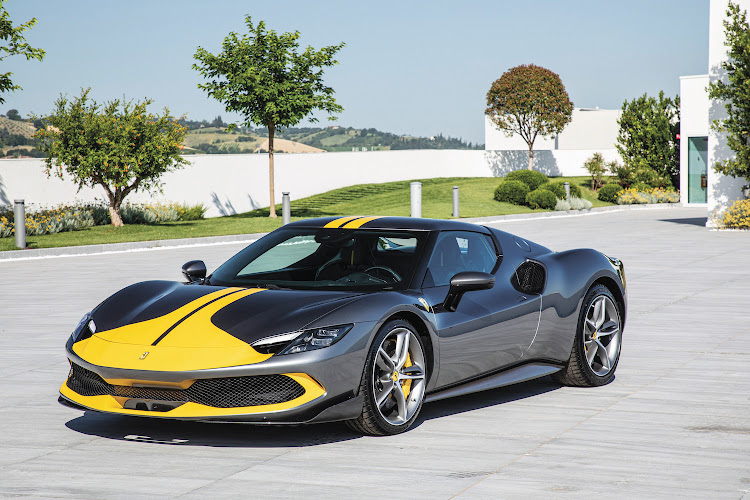 Owners who wish to chase lap times can order the 296 GTB with an optional Assetto Fiorano package that includes lightweight features and aero modifications, with up to 360kg of downforce generated at 250km/h. The Ferrari 296 GTB goes on sale in Europe in 2022 with a projected price tag of about R4.5-million. The local arrival date and price are yet to be announced.

Mark Smyth looks at how electrification is changing the world of luxury and performance cars
Cars, boats & planes
8 months ago

Grid luxe: The relationship between luxury brands and Formula One

In anticipation of the 78th Monaco Grand Prix, we line up some notable partnerships between the two industries
Cars, boats & planes
8 months ago

The junior M has got the stuff to make it a future sports classic
Cars, boats & planes
10 months ago