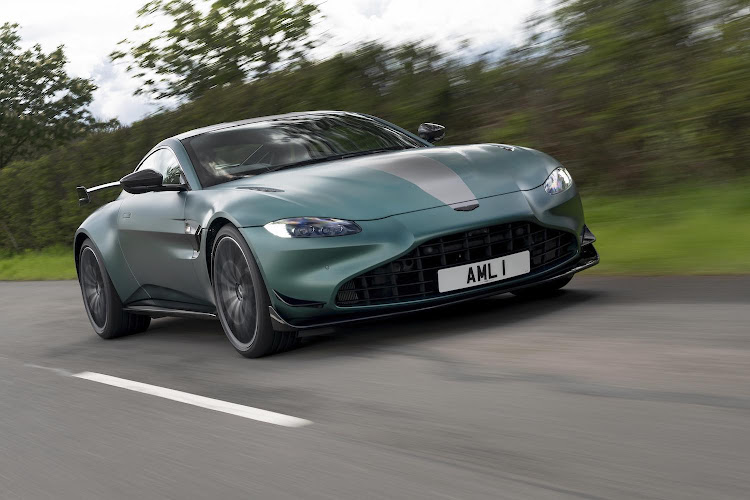 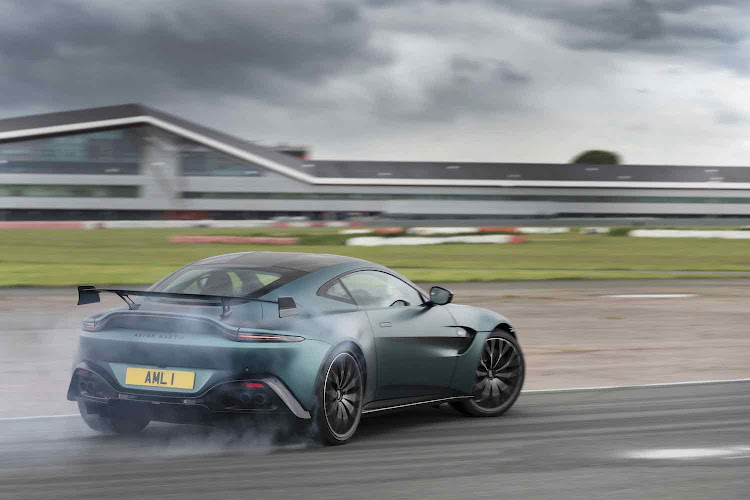 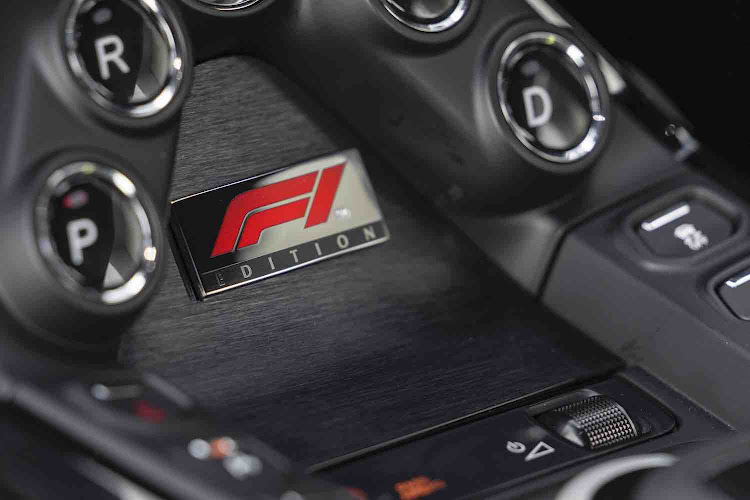 We’re all used to limited editions, especially when it comes to cars. They’re usually just a marketing trick to sell the last of a model, with a few extras tacked on, a badge and some special pricing. Sometimes they celebrate something, such as a partnership with a brand or a sport, and sometimes they are just a way to make a lot of money to fund other things.

We will probably see more of them as carmakers produce one last hurrah after another ahead of the switch to electric or hydrogen vehicles.

The new Aston Martin Vantage F1 Edition certainly isn’t a limited edition. Yes, calling it the F1 Edition and making it available in Aston Martin Racing Green is a marketing trick, but it also celebrates the brand's  recent return to Formula 1 and its role as the supplier of the safety car, along with Mercedes-AMG.

The coupe is the latest iteration of the Chiron family line
Cars, boats & planes
11 months ago

It’s the result of Aston Martin having a new boss — Tobias Moers, the former boss Mercedes-AMG, in fact. And it’s no coincidence that Mercedes is a big shareholder in Aston Martin and supplies such crucial components as engines and infotainment systems, though the latter is a downside to the arrangement.

Speculation is that when Moers took over at the British luxury sports carmaker, he immediately demanded more power and better dynamics from the Vantage, which was launched only a couple of years ago. Not wanting to say no to their new boss, the engineers obliged but obviously the company didn’t want to upset existing customers by saying they’ve made a better car. Instead, they stuck on an “edition”. badge. Allegedly.

They also stuck on a big rear wing as part of an aerodynamic body kit that can add a whopping 200kg of extra downforce at 314km/h, just for owners who live in Upington. It has bespoke Pirelli tyres, suspension that has been re-engineered to provide better performance without compromising on ride comfort, and an interior full of sporty Alcantara. 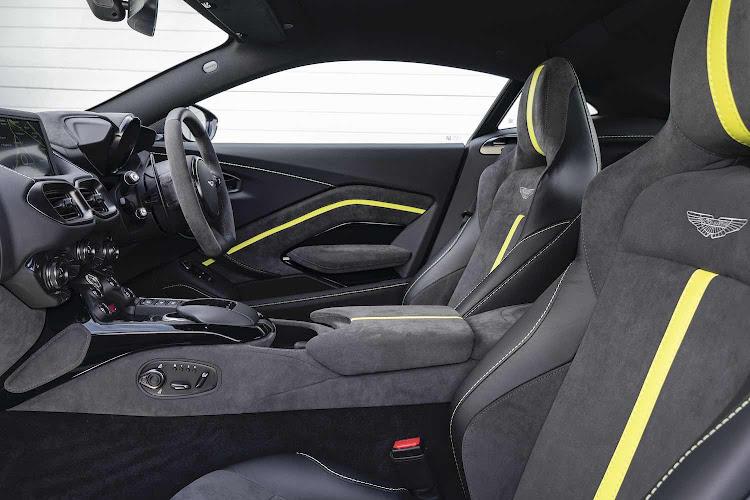 The interior is full of sporty Alcantara and leather as well as quite a few roadtrip comforts.
Image: Supplied

What this all adds up to is a sports GT that is rather good. We know this because we’ve driven it, on the road and on the famous Stowe circuit at Silverstone in England, where we were given the key to AML 1 and told to go and have fun. We did. Car companies often claim that they have a vehicle that’s just as good on the road as it is on the track. Often these claims fall far short in that it feels like you need a chiropractor after driving it on the road, or it’s about as track suitable as a family saloon.

Not so the Vantage F1 Edition. We felt like we could have passed Silverstone by and continued for miles, to Edinburgh, Monte Carlo or Geneva and not needed to be lifted out of the car. It’s firm, of course, and you’ll probably feel the bumps more on a breakfast run to Hermanus or Hartbeespoort than along a British A-road, but it’s surprisingly comfortable.

Of course we didn’t pass Silverstone by, and on the technical, infield circuit, the Vantage performed superbly. It’s not as precise as a Porsche 911 or as brawny as a Mercedes-AMG GT. Instead, it provided an opportunity to make the most of the 393kW and 685Nm of torque and hurl through corners without compromising its GT character. It’s an easy thing to stay in control of, to have confidence in and to enjoy. 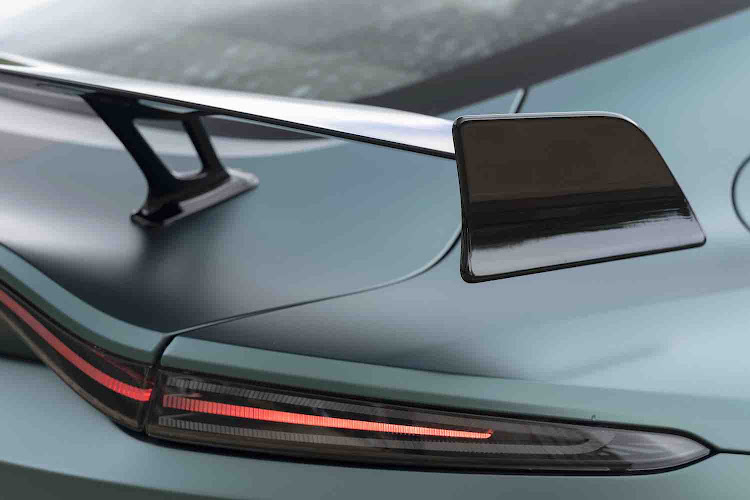 If you’re going to put an F1 badge on it then it needs to have a massive rear wing.
Image: Supplied

It even has 200-litres of boot space so when you are done charging around a racing track, you can pull out a change of clothes and change for dinner — how very James Bond. And there you were thinking we’d get through an Aston Martin story without mentioning the secret agent.

Pricing for the local market hasn’t been confirmed yet, but in the UK it costs around 17% more than the regular Vantage; so we’re guessing it’ll be about R3.5m. Fortunately you’ll get more for that extra half a bar than just an F1 badge.

Mark Smyth looks at how electrification is changing the world of luxury and performance cars
Cars, boats & planes
1 year ago

Specially restored E-type coupés and roadsters will commemorate the icon’s 60th birthday
Cars, boats & planes
1 year ago
Next Article
© Wanted 2022 - If you would like to reproduce this article please email us.