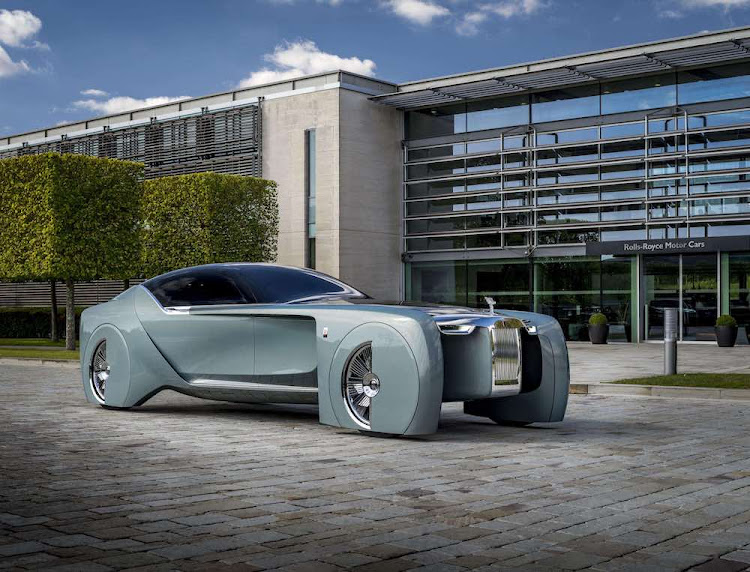 The design of the 2016 Rolls-Royce 103EX electric concept seems far-fetched, but less so now than it did five years ago.
Image: Newspress

When we all started talking about electric cars, the thinking was generally that it would start with small city cars. We envisaged a future of running around town in something small, silent and clean. It conjured up images of thousands of little Smart cars all whizzing around like a swarm of bees, with taxi pods and self-driving delivery vehicles.

That future is not so far fetched but rather than just city cars, it’s medium cars, SUVs, trucks and, well, everything really. Granted the pace of progress will be different in various parts of the world, with some countries driving the move to cleaner transport through legislation, but the world is plugging in.

What of the luxury and exotic segments though? Surely these will be the last to electrify, given the decades of dedication to handbuilt engines, craftsmanship and effortless performance? No and, if you started the decade in a petrol or diesel-powered luxury vehicle, the chances are that when the clock strikes on the next decade your choices will mostly be electric. 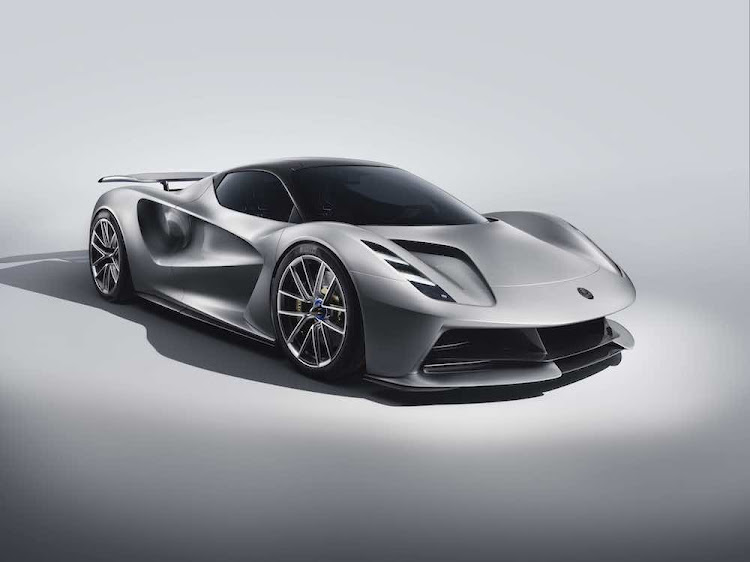 While we’ve already seen the new Lotus Evija electric hypercar, this week Lotus announced the name of its last petrol-powered car, the Emira, which will be revealed in July. Interestingly though, the British sportscar company also announced it will have what it calls a Premium Electric architecture for some new models in the future. Not sportscars, but premium something or other — luxury sedan? SUV? The latter seems most likely, given their popularity, but we’ll have to wait and see.

It follows the announcement by Ferrari that it will launch its first electric car in 2025. Yes, the same Ferrari that said it would never build an electric car. Before that, in 2022 its Purosangue, the first SUV from Maranello, will debut. That won’t be electric, but a plug-in hybrid model would definitely make sense. 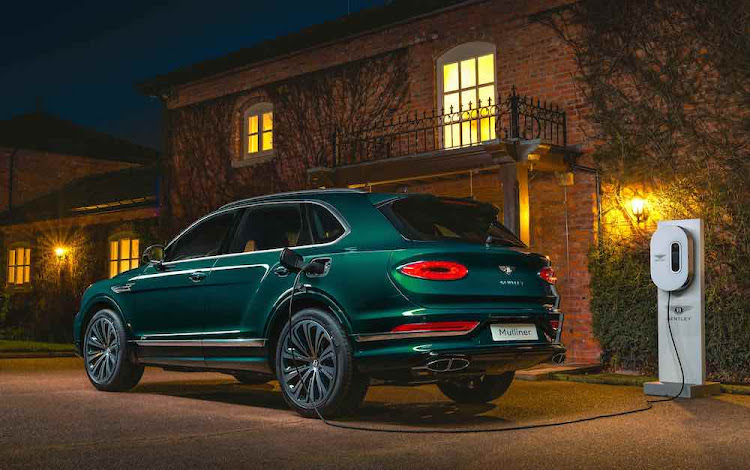 Bentley is well on the road to electrification will models like its Bentayga plug-in hybrid.
Image: Bentley Motors

Bentley already has a plug-in hybrid version of its Bentayga SUV, but that’s just a stepping stone because by 2026 all its models will be electrified as pure battery or plug-in hybrid ahead of the marque becoming totally electric only in 2030.

Rolls-Royce has been slightly quieter about its plans. It revealed the 103EX concept back in 2016 and that could provide some clues to the first fully electric Roller, which will go on sale in the second half of this decade. An announcement is expected on the car later this year and rumours are that it could take the name Silent Shadow, after the Rolls-Royce Silver Shadow of the last century.

Jaguar will be electric-only in 2025, something that makes us curious about its future in markets like SA. Sister brand Land Rover expects 60% of its sales to be full electric by 2030, but not necessarily battery-electric, with the company looking seriously at hydrogen fuel cell technology, something that could appeal to those in more remote areas with limited charging infrastructure. 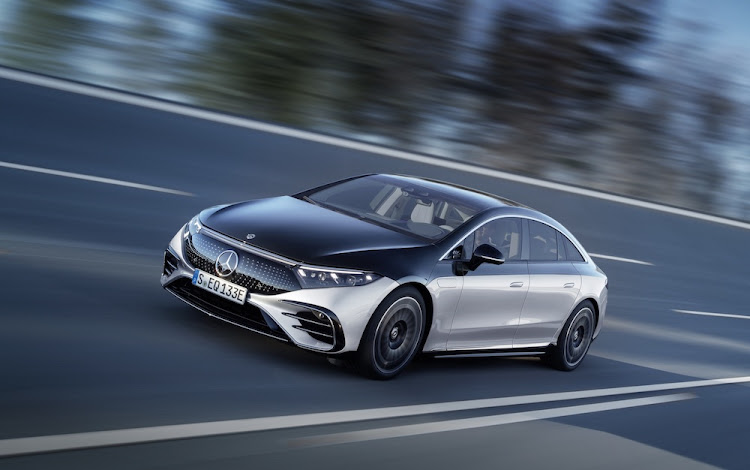 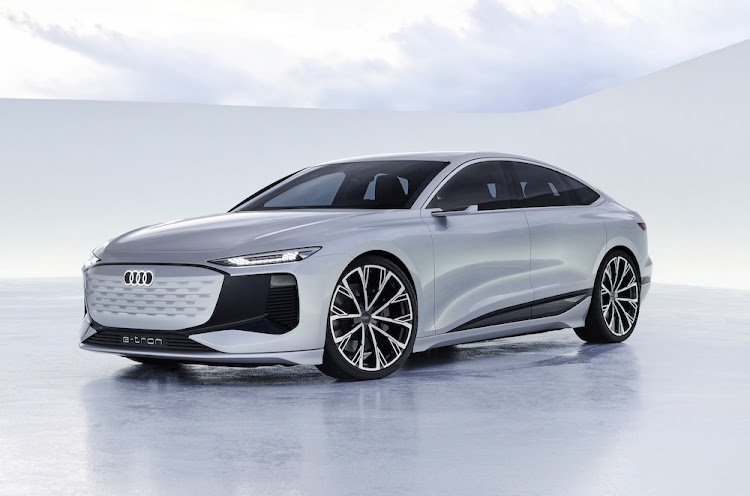 Audi revealed the next model in its E-tron strategy, the A6 Sportback concept, which strangely isn’t an A7 .
Image: Audi

BMW has been in the electric game for years already with its i3, but now it has models like the iX and i4 on the way as well as i5 and i7. Mercedes has just revealed its new EQS, a luxury electric four-door coupe with a brand new platform that will be used for other models. Audi has its E-tron range and will be making an announcement about its plans for electric models in SA in June. 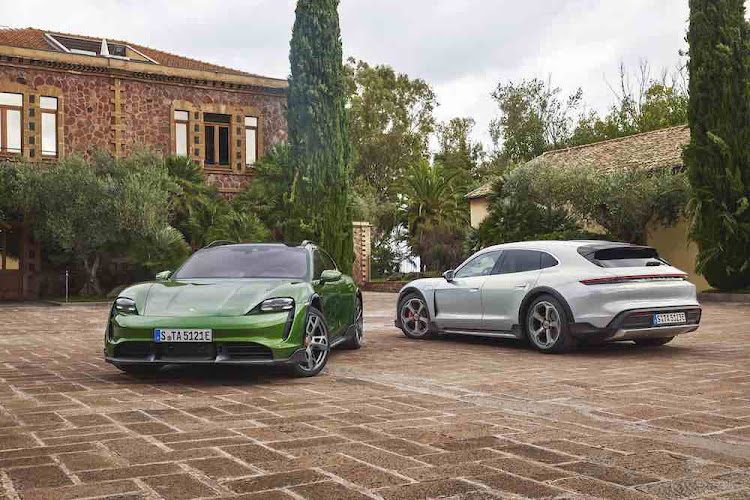 Sales of the electric Porsche Taycan are going really well and we expect it’s CrossTurismo will zoom off showroom floors too.
Image: Porsche

Porsche is already into electric power with its Taycan, with its CrossTurismo estate crossover version about to go on sale. It already has a hybrid version of the Cayenne SUV with more electrification plans across the range, including for the iconic 911, though it’s likely this will be the last to go fully electric.

It all means big changes for luxury and performance cars. Ironically many of the luxury brands have spent decades and millions on trying to eliminate the sound of the internal combustion engine for occupants of their cars. Now they will be looking at ways to possibly add a bit of sound. Not the same for sportscar brands, of course, removing the sound will take away some of the character, which won’t appeal to all, but as we have already seen with the Taycan, electric can really deliver when it comes to performance.

In some ways electrifying the luxury and sportscar brands is actually easier. The wealthy owners have space to garage their cars where they can be charged easily, more so than regular family vehicles, which might have to rely more on public charging infrastructure. It’s all something of a revolution but haven’t we all talked about how well a luxury car glides silently along for years? Finally, they really will.

Green gear: How luxury car brands are driving towards a sustainable future

Mark Smyth looks at how brands such as Bentley are embracing greener products and processes
Cars, boats & planes
1 year ago

We might not have much to be excited about yet in 2021, but there are certainly some exciting cars heading our way this year
Cars, boats & planes
1 year ago
Next Article
© Wanted 2022 - If you would like to reproduce this article please email us.