These luxury cars represent the pinnacle of their segments in luxury, technology, and performance 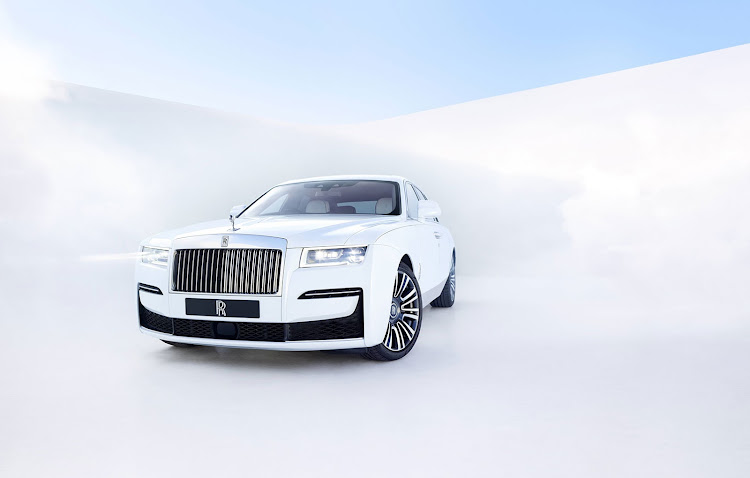 A few “halo” cars are headed for South Africa this year to attract buyers seeking the ultimate motoring experience. We take a look at four that push styling boundaries or represent the pinnacle of their segments in luxury, technology, and performance.

The “junior” Rolls-Royce — if you can say that with a straight face about a car of such opulence — arrives in its second generation after its predecessor spent 11 years on the market.

The Ghost is no longer based on BMW 7 Series underpinnings and is built from the ground up on an all-aluminium body with what Rolls-Royce calls “Post Opulence” minimalism.

Nevertheless there’s no shortage of grandiosity, including an illuminated pantheon grille — the first Rolls-Royce to offer this feature — and an illuminated fascia that displays a starry constellation on the passenger-side dashboard.

The enlarged new Ghost offers more room inside a sumptuous cabin of understated elegance, though there are still lamb’s wool carpets to sink your feet into.

It’s the most technologically advanced Rolls yet, featuring all-wheel steer and all-wheel drive, and a Planar suspension that features a damper on top of the traditional damper to all but eliminate road vibrations. The Ghost wafts along on air springs and adaptive dampers, and uses cameras to scan the road ahead and prepare the suspension accordingly. 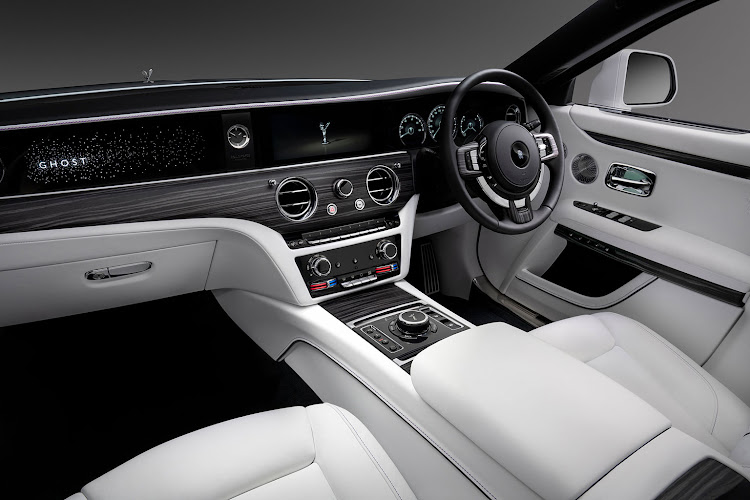 The luxury British car is briskly but silently whisked along by a 6.75-litre twin-turbocharged V12 with 420kW and 850Nm.

The Ghost goes on local sale in early 2021 and price is on application.

As per tradition, Mercedes’ pinnacle luxury car arrives with a host of innovations and even greater luxury.

The hi-tech excitement includes facial recognition, which identifies people as they step aboard and arranges everything to their liking, a heads-up display with augmented reality that shows animated turn arrows seemingly projected onto the road lane, and a digital light system that projects symbols onto the road surface to warn the driver of roadworks or traffic signs.

The second generation of MBUX (Mercedes-Benz User Experience) makes its debut in the highly digitised cabin, offering up to five screens in the front and rear.

Using cameras in the overhead control panel and learning algorithms, MBUX Interior Assist recognises the intentions of S-Class occupants. For example, if the driver looks over their shoulder towards the rear window, the car automatically opens the sunblind.

Stuttgart’s new flagship sedan, internally dubbed the W223, also debuts the world’s first frontal airbags for rear passengers as part of a comprehensive safety suite. The Drive Pilot system gives the car level-three autonomous driving ability (the driver does not need to monitor the environment but must be ready to take over driving with notice).

It’s pre-equipped and ready for the world’s first level-four system, which makes the car almost fully able to drive itself (with an option for the driver to take over) once regulations allow. 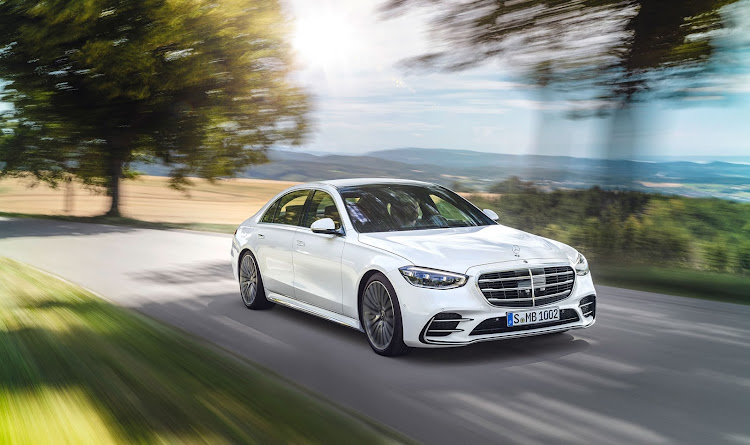 Luxury-wise the new S-Class offers up to 10 different massage programmes that can be summoned by voice control.

It is expected to arrive in the country in the first quarter of the year.

Set to arrive locally in the first quarter of 2021, this dame holds the SUV lap record around the Nurburgring circuit, if that sort of thing floats your boat.

Built on the same platform as the Lamborghini Urus, the RS Q8 is the halo model of Audi’s crossover SUV range, launched in South Africa in 2019 as a rival to BMW’s X6 and the Mercedes GLE Coupé. 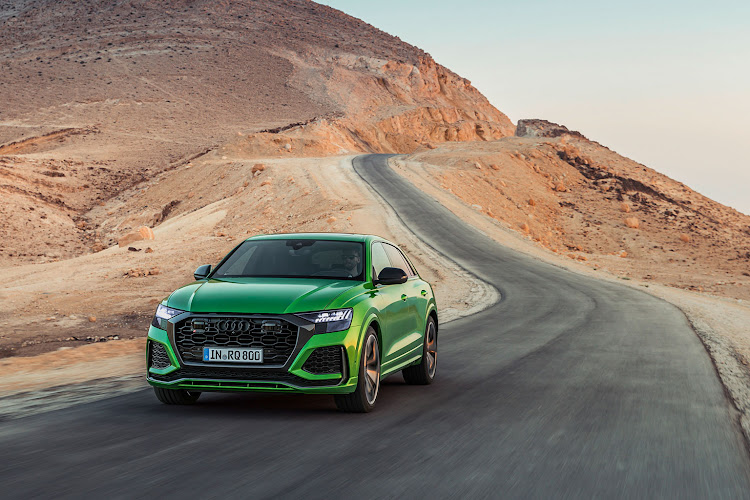 Laying down the power through quattro all-wheel drive, it’s scorched along by Audi’s most potent turbo engine: a 4.0-litre V8 petrol with outputs of 441kW and 800Nm — the same unit that powers the S8 super-limousine, which is also headed for our shores this year.

The bulky SUV’s performance outguns many sportscars, blitzing the 0-100km/h sprint in a claimed 3.8 seconds and topping out at 305km/h.

No car has created more controversy in recent times than the 4-Series Coupé, with its outrageous kidney grille that looks almost large enough to inhale small children two at a time.

Whether you love or hate the design, behind those notorious nostrils is a technological tour de force of a car, especially in M4 guise. 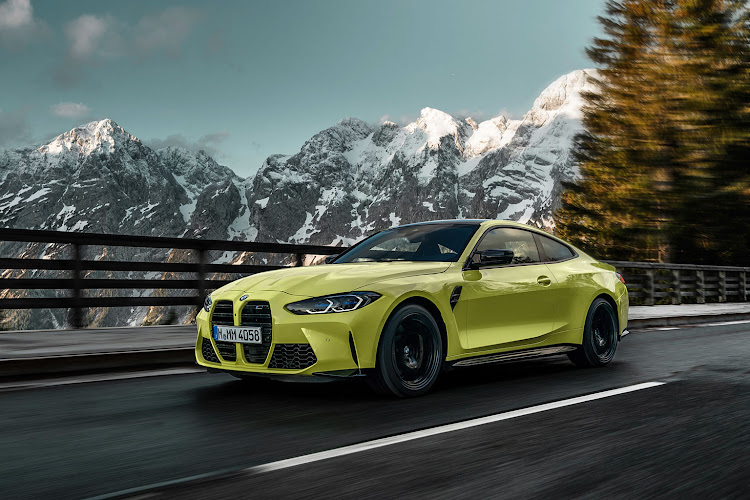 The two-door 4 Series has already been launched in South Africa in 420i, 420d, and M440i xDrive variants, but they will soon be followed by the fire-spitting M4 (and its four-door M3 sedan cousin), which takes on the Mercedes-AMG C63 in the high-performance stakes. In Competition guise the M4 sends 375kW and 650Nm to all four wheels via an eight-speed M Steptronic auto transmission, promising a 3.9 second 0-100km/h sprint.

Top speed is limited to 250km/h, or 290km/h if you specify the optional M Driver’s Package, and Adaptive M suspension offers electronically controlled shock absorbers. The BMW M4 Competition Coupé and M3 Competition Sedan will both be launched locally during the first half of 2021.

Bentley’s SUV is able to drive for up to 50km at a time with zero emissions
Cars, boats & planes
1 year ago

Pocket rocket: The best hot hatchbacks that money can buy

Here are some of the best bite-sized blitzers available on the market today
Cars, boats & planes
1 year ago

Mark Smyth experienced the life of the rich and famous for a day in the new Rolls-Royce Ghost
Cars, boats & planes
1 year ago