Six ultra-luxe supercars to look forward to in 2020 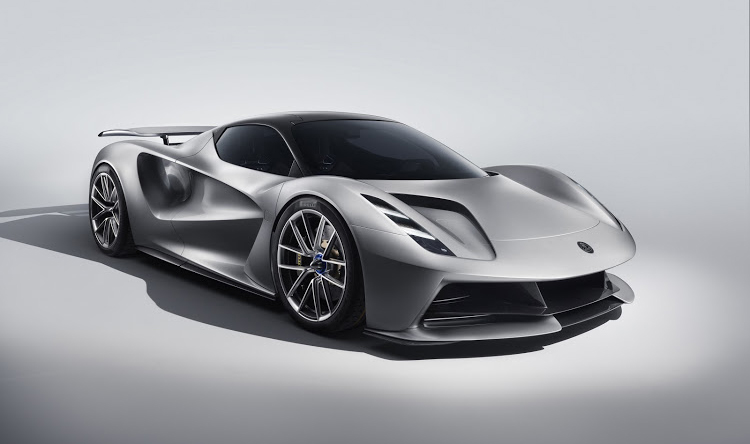 The next generation of supercars will bring some weird and wonderful technical ideas, mostly involving some form of electrification but also delving into the past. Provided we get a respite from the clutches of Covid-19, here is a list of the most anticipated sports cars expected go on sale this year.

This Ferrari gets its name from the car the firm raced during the 2019 F1 season. Both commemorate the prancing horse’s 90th anniversary celebration with the "Stradale" denoting "road" usage.

It’s a momentous car that also signals a great departure for the company in its usual supercar recipes in that it’s a plug-in hybrid that can cruise up to 28km on pure electric power. Furthermore, the SF90 Stradale uses a newer, lighter eight-speed dual-clutch automatic transmission that curiously misses a reverse gear. This task is now taken care of by the electric motors. 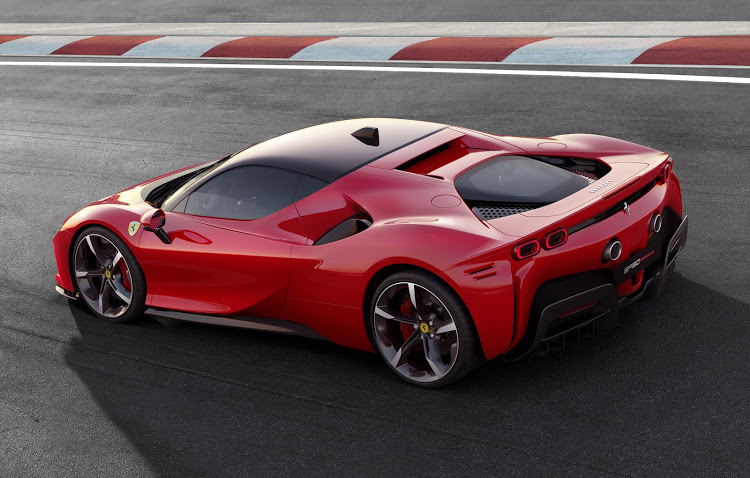 Three electric motors and an evolution of the turbo petrol V8 from both the award-winning Pista and F8 Tributo combine to produce 735kW and 800Nm. Ferrari says the SF90 Stradale is capable of accelerating from standstill to 100km/h in 2.5 seconds and run onto a top speed of 340km/h.

A new and smaller super projectile that slots beneath the Valkyrie, this is the firm's second hybrid supercar collaboration with Red Bull.

It’s still extreme but with more civilian friendliness infused into its design. It’ll be powered by a new and electrified 3.0l twin turbo V6 that was announced shortly after the worldwide industry lockdowns and the design, from chassis to the carbon fibre structure, is derived from the track-focused Valkyrie but distilled for road usage. 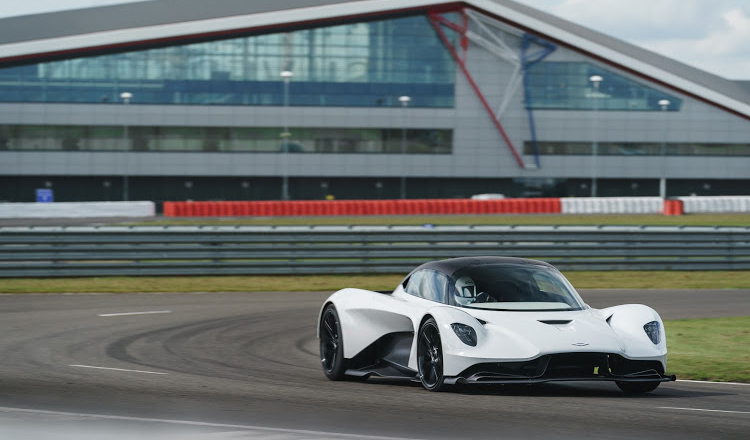 It’s more comfortable and spacious inside with feasible luggage-carrying capability. Production will be limited to 500 coupes, with the first examples reaching customers in late 2021. The Valhalla and Valkyrie will be joined by a third car soon with the requisite mainstream expectations of luxury in the supercar realm to compete with the mad Porsches, McLarens and Lamborghinis of this world.

Gordon Murray Automotive (GMA) is a niche car firm owned by SA-born Gordon Murray, who designed the iconic McLaren F1 V12-powered sports car of 1992. Now an independent, his new company has come up with the T.50, a new three-seat supercar that harks back to the past not only with a central driving position — like in the McLaren F1 — but also moved by a 48V mild-hybrid system and naturally-aspirated 485kW and 450Nm 3.9l V12 engine that revs to an astounding 12,100rpm.

It’s attached to a six-speed manual transmission for added retro measure. The T.50 is designed with the pursuit of track-taming excellence and the big news here is the trailblazing ground effect active aero systems and a rear-mounted 400mm fan. This clever aero system with six different modes effectively sucks the car to the ground, setting it up for otherworldly traction in corners.

With a fan for downforce, the new T.50 from SA-born Gordon Murray promises to be a track-taming dream.
Image: Supplied / Business Day

The car is developed with the latest carbon-fibre innovations and weighs a paltry 980kg. When VMAX Mode is activated the active aero moves positions to its most streamlined form while a further 22kW from the mild-hybrid system is injected for up to three minutes.

This one has been long-coming, the drip-feedback starting as far back as 2017 when the subsidiary celebrated 50 years of AMG. Shaped with Formula One know how to create an extreme AMG, the car uses a high-performance plug-in hybrid drive system of four electric motors integrated with a 1.6l V6 petrol engine.

The V6 primarily drives 500kW directly to the rear wheels while one electric motor latches onto the turbocharger. Another electric motor links to the crankcase and the two remaining motors drive the front wheels, culminating in an AWD system. Total system output is 740kW with a top velocity of 350km/h. 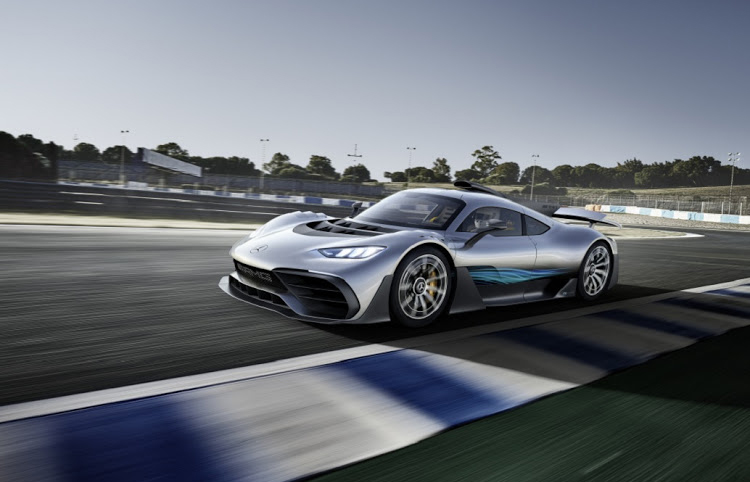 The most extreme AMG for the road is ready to gallop using a Formula One-derived petrol-electric drivetrain.
Image: Supplied / Business Day

The cabin is a fusion of motorsport, practicality and luxury. The colours and materials like carbon fibre and nappa leather used in the minimalistic cabin have been selected from the firm’s Formula 1 racing car.

Swedish brand Koenigsegg’s take on the genre is a plug-in hybrid with a trio of electric motors combined to a 440kW and 660Nm 2.0l three-cylinder engine. A pair of electric motors each supply 373kW and 1,000Nm to each rear wheel while another motor supplies 298kW and 500Nm to the front wheels. The total system output on tap is a staggering 1,267kW and 3,500 Nm of torque. 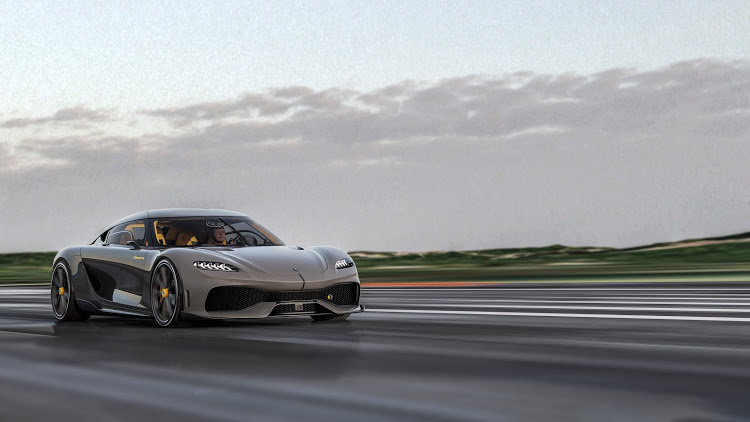 The contradiction continues with its being a hyper car for four passengers, with heating and cooling cup holders thrown in for good measure. Performance is a claimed top speed of 400km/h and acceleration of 1.9 seconds from standstill to 100km/h. The Gemera can attain 300km/h in electric only mode.

The Evija (pronounced “E-vi-ya”) is a full-electric super car that’s built with expertise borrowed from Formula E racing, and it’s the first all-new car from Lotus in quite a while. The British maker which builds its cars light in the pursuits of purist driving sensations, will make just 130 examples of the handsome super car.

It will cost about £2.4m (R56m at our horrific current exchange rates). With a kerb weight of 1,680kg, and 1,471kW and 1,700Nm output from four electric motors situated at each wheel, Lotus says it should record a sub-three second run from standstill to 100km/h while even more impressively the 300km/h mark is expected to arrive nine seconds after initial take off. It’s the world’s most powerful series production car, and top velocity is claimed to be 321km/h.

Bugatti puts on a once-in-a-lifetime show before locking down
Cars, boats & planes
2 years ago

The carbon-fibre speedster is the latest fruit of the Aston Martin/Red Bull collaboration
Cars, boats & planes
3 years ago

Created as a purist driver’s car, the new Elva has 600kW, but no roof or windscreen
Cars, boats & planes
2 years ago