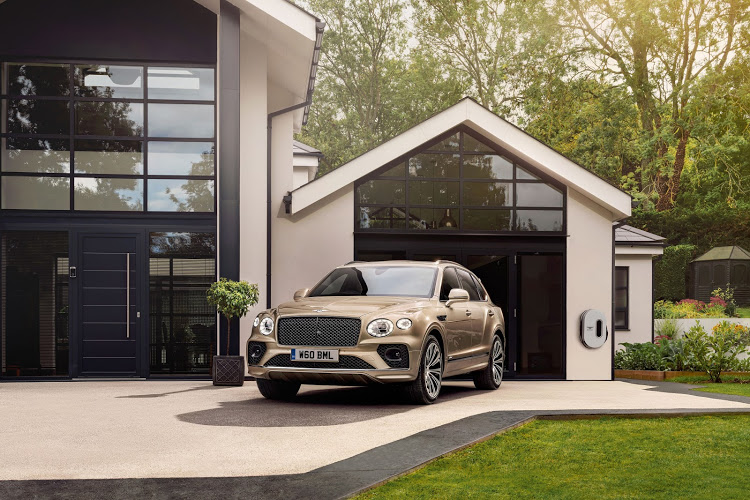 The Bentayga Hybrid helps drivers achieve the best efficiency via feedback through the throttle pedal, which provides a pressure point to denote the boundary between pure electric and hybrid power.
Image: Supplied / Business Day

There’s no reason excessive displays of wealth can’t be accompanied by a desire to help save the planet.

That’s why Bentley offers a petrol-electric Hybrid version of its Bentayga, which produces fewer carbon-dioxide emissions than the other, more fire-breathing versions in the British automaker’s range of luxury SUVs. Not only that, but this cleaner, greener Bentley is able to drive for up to 50km at a time with zero emissions.

After the V8 and Speed, the Hybrid is the latest Bentayga model to be introduced after the range was revamped in 2020 with a facelift and improvements to the luxury and technology.

Bentley predicts that the plug-in hybrid will become the best-selling variant of the new Bentayga family, and the model forms part of Bentley’s plans to become a fully electric brand by 2030.

The 2021 Hybrid’s powertrain carries over from before, in the form of a 3.0l twin-turbocharged V6 petrol engine mated to an electric motor and an eight-speed automatic transmission.

Total power output is 330kW and 700Nm, and the vehicle has a claimed range of up to 862km. Apart from being capable of whisking silently for up to 50km on pure electric power, it can attain a 135km/h top speed when driven in battery-powered mode.

The 17.3 kWh lithium battery can be fully charged in as little as two-and-a-half hours.

The Bentayga Hybrid helps drivers achieve the best efficiency via feedback through the throttle pedal, which provides a pressure point to denote the boundary between pure electric and hybrid power. This encourages the driver to stay in electric mode for as long as possible but can be disabled if required.

The Hybrid adopts the same restyle, luxury improvements and technology updates applied to the rest of the Bentayga range in 2020.

The facelift sees the large SUV adopting a cleaner and more purposeful look. The new headlamps have the marque’s signature cut crystal design, which makes them appear to sparkle even when not lit. 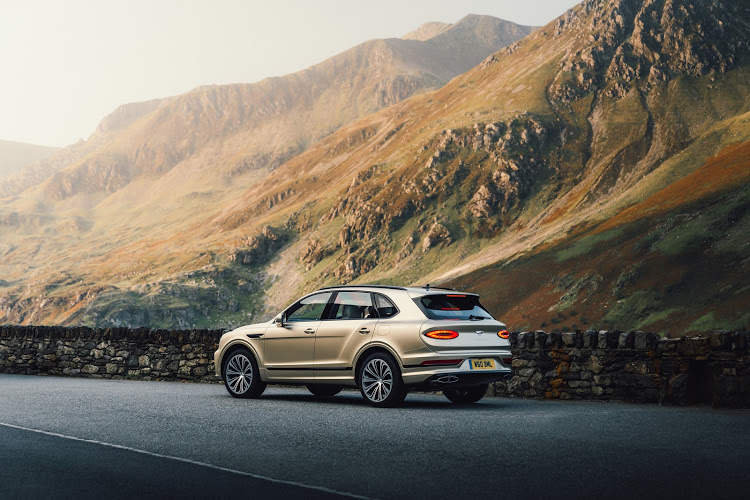 The Hybrid adopts the same restyle, luxury improvements and technology updates applied to the rest of the Bentayga range in 2020.
Image: Supplied / Business Day

At the rear, oval tail lights replace the square-shaped ones the Bentayga has worn since its 2015 launch.

The latest release of the My Bentley in-car and remote connected car services allow real-time traffic information and over-the-air map updates. New connected features such as green traffic light prediction and local hazard information will be available depending on market region. 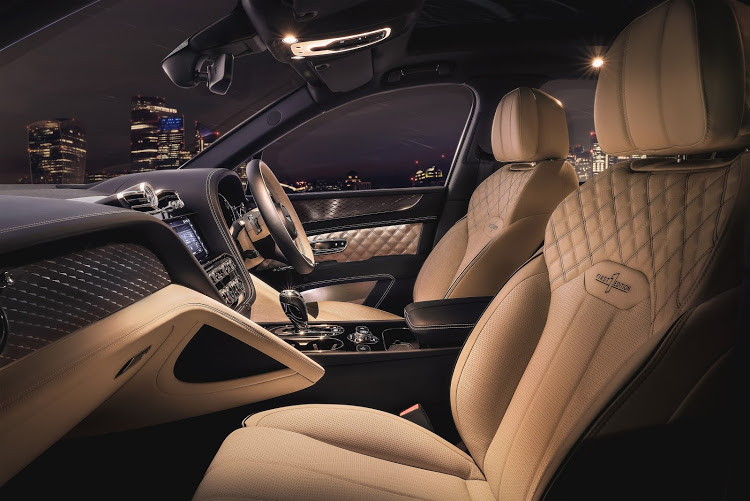 The navigation system is also improved with three-dimensional building displays and additional projections for the head-up display. As well as the usual array of media sources, wireless Apple CarPlay is now standard in the new Bentayga range, along with Android Auto for the first time in a Bentley.

The Bentayga’s handcrafted cabin has been reimagined with new seats and new interior trim choices including a dark tinted, diamond brushed aluminium finish.

The new range will reach SA in the second quarter of 2021, with pricing to be announced closer to the time.

A four-cylinder petrol engine is spliced with a turbo, supercharger and 48V alternator
Cars, boats & planes
1 year ago

Green gear: How luxury car brands are driving towards a sustainable future

Mark Smyth looks at how brands such as Bentley are embracing greener products and processes
Cars, boats & planes
1 year ago