Pocket rocket: The best hot hatchbacks that money can buy 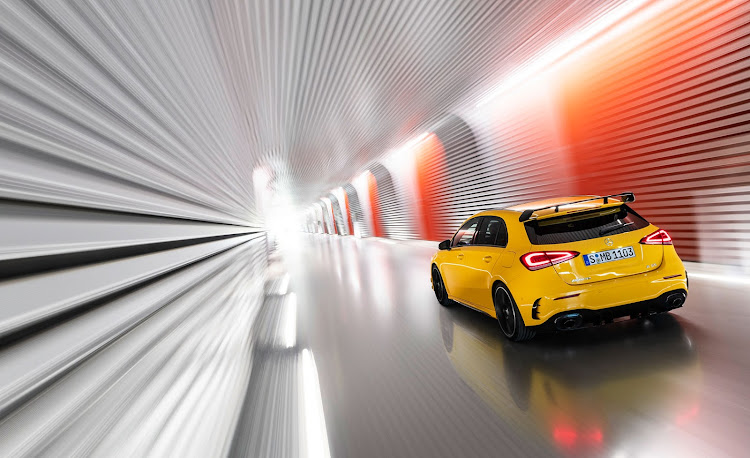 The birth of the hot hatchback can be traced back to a “moonlighting” project in the mid-1970s by a group of Volkswagen engineers who stuck a 1.6-litre fuel-injected engine into the humble first-generation Golf. When VW’s bosses gave the project the green light, little could they know what a legend the Golf GTI would become and what a popular genre it would spawn.

Other carmakers jumped onto the bandwagon with their own contenders, making icons of cars such as the Ford Focus ST and RS, Opel Kadett GSi, Honda Civic Type-R, and Renault Megane RS. Although early hot hatches were relatively affordable and associated with boy racers, they’ve moved away from that image as they’ve become more powerful, sophisticated, and expensive.

The new Mercedes-AMG A45 S is South Africa’s king of hot hatchbacks. Its turbocharged 2.0-litre engine makes re-markable outputs of 310kW and 500Nm. With all-wheel drive traction, this ballistic Benz slings from rest to 100km/h in just 3.9 seconds — a feat that was, until recently, the preserve of exotic sports cars. 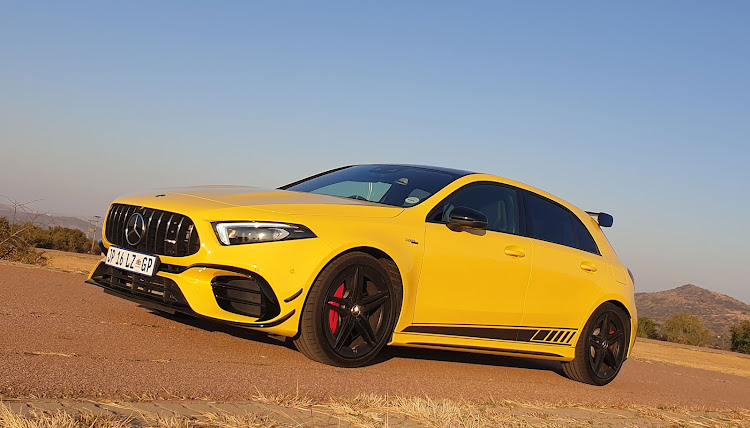 The Robin to the A45’s Batman, this sidekick model still produces a very punchy 225kW and 400Nm, which is good enough for a 0-100 sprint of 4.7 seconds. It, too, comes with all-wheel drive claws and the Benz luxury paraphernalia, at a somewhat more appealing price.

The Civic Type-R is tugged along by its front wheels and gearshifts are manual in the time-honoured hot-hatch way. It’s a high-intensity ride with a high-revving 2.0 turbo V-Tec engine making 228kW and 400Nm, good for 0-100km/h in 5.8 seconds. With its flamboyant styling and triple exhausts, this Japanese rocket looks like it’s escaped from a video game. 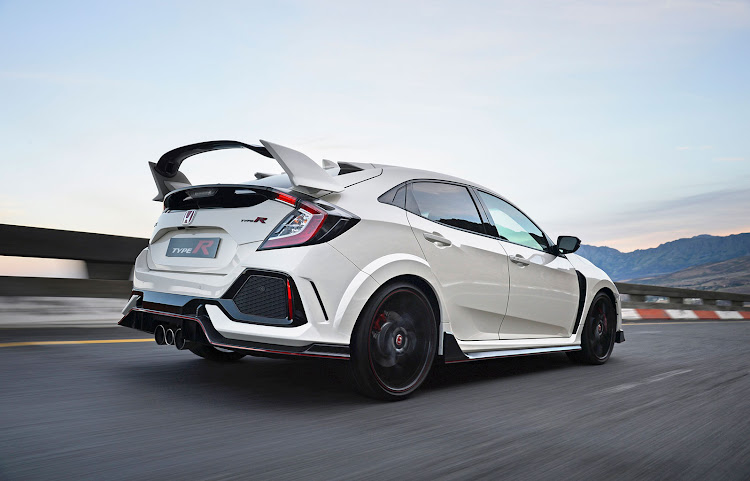 Having graced Bavaria’s larger performance cars over the decades, the “M” badge recently made its way onto BMW’s smaller cars. The most powerful hatch to wear it is the M135i xDrive, an all-wheel-drive 1 Series packing 225kW/450Nm 2.0-litre turbo power. With its ability to blitz the 0-100 in 4.8 seconds, it’s part of a sub-five-second, hot-hatch elite. 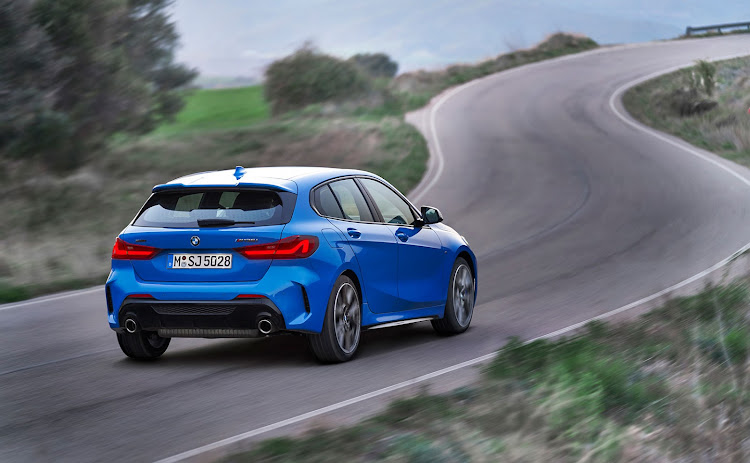 The Megane RS 280 sends 205kW and 390Nm to the front wheels and is available in two versions, both priced at R634 900: the “softer” and more commute-friendly RS 280 Lux automatic, and the more hardcore RS 280 Cup with a six-speed manual transmission, 20% stiffer suspension, and traction-enhancing limited-slip differential. It’s also available as the more powerful RS 300 — of which only seven units came to South Africa — priced at R774 900 for the manual and R799 900 for the dual-clutch automatic. 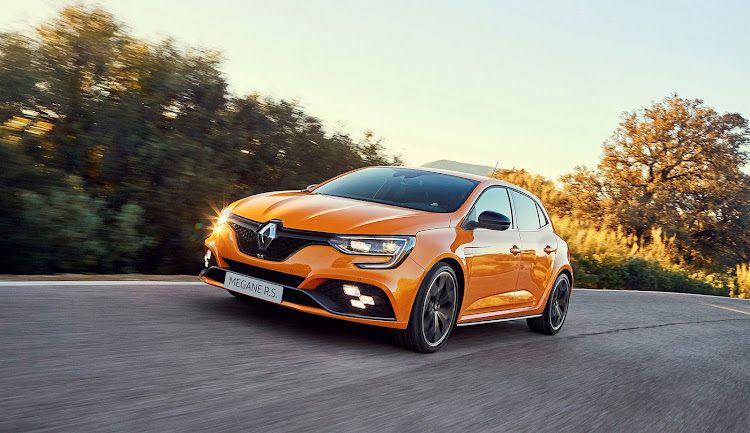 It may be somewhat underpowered compared to its peers, with its 202kW and 353Nm outputs yielding a 0-100 sprint of 6.1 seconds, but Hyundai’s hot-hatch debut is an impressive effort. Chassis tuning carried out on Germany’s Nürburgring racetrack has produced a slick-handling car that dances through corners with finesse when the suspension is on the sports setting; and a rev-matching feature blips the throttle when downshifting in the six-speed manual. Set to its softer suspension mode, the car is a civilised hatch that makes a comfortable daily driver. 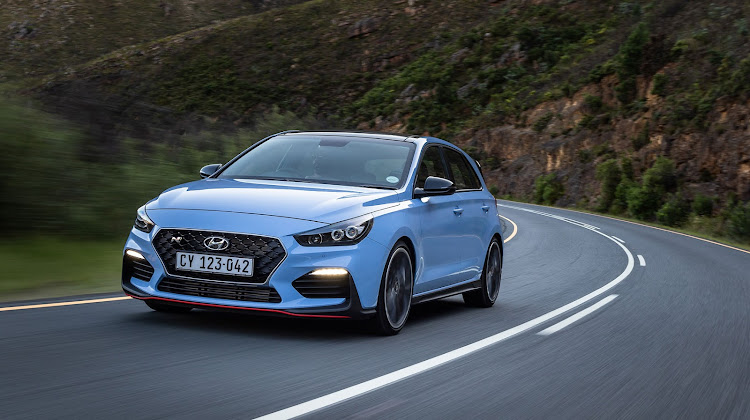 The seventh generation of the original hot hatch bows out with a motor-sport-inspired TCR version named after a racing series. Available locally in just 300 units, it is the final derivative of the Golf 7 before the eighth-generation range, including the new GTI, is launched here early next year. Aimed at Golf enthusiasts looking for a collector’s car, the front-wheel-drive TCR gets a power boost to 213kW and 380Nm, uprated brakes, and some sporty internal and external style tweaks. 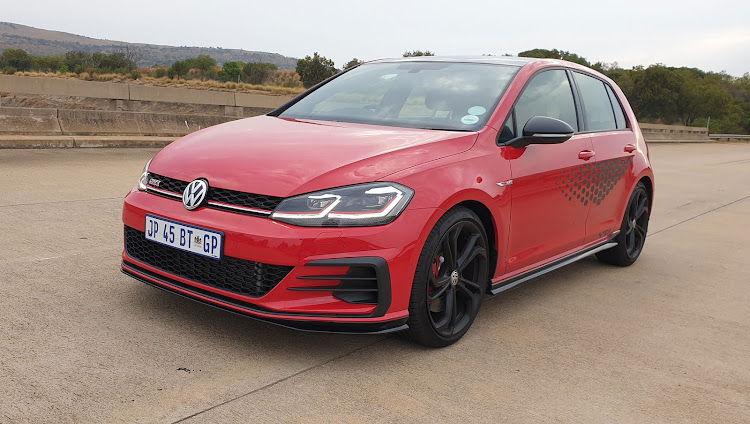 With three doors, it doesn’t have much family practicality, but the John Cooper Works edition of the modern Mini is all about punchy power and Pac-man-like agility. With 170kW and 320Nm it’s good for a 6.1 second 0-100 sprint and, at just over R600k, it’s a relative bargain in the hot-hatch league. 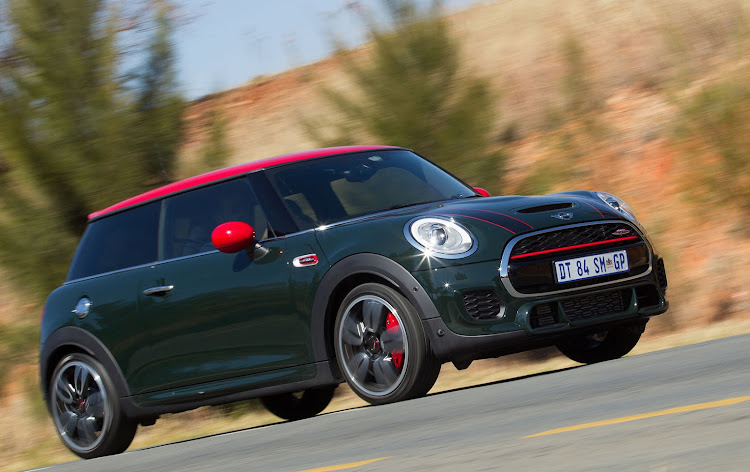 A tongue-in-cheek look at the most masculine vehicles you can buy, but we know the gals love 'em too
Cars, boats & planes
5 months ago

Swift and sensible, the new Mercedes-AMG A35 is hard not to like

The A35 sedan offers a compelling performance, at a more accessible price
Cars, boats & planes
5 months ago

With the open road beckoning after lockdown ends, Denis Droppa takes a look at the most eagerly awaited sports machines
Cars, boats & planes
8 months ago