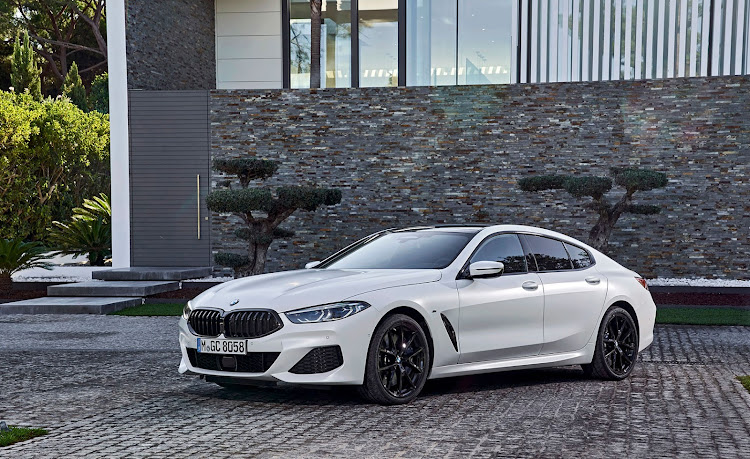 As BMW’s flagship sedan range, the 7 Series has, over the decades, premiered luxury and technological innovations that later filtered into the company’s other product lines.

In the sixth-generation 7 Series, unveiled in 2015, a host of hi-tech features included a remote-control parking function that lets the driver stand outside the car, using the key fob to remotely move the car in and out of a narrow bay. It was also the first BMW to offer a gesture-control system that allows certain infotainment functions to be controlled without touching a button, a feature that has subsequently made its way into other BMWs.

In its midlife update last year, the 7 Series was bestowed with thicker windows and more sound insulation inside the wheel arches to make the cabin even quieter. It also received engine upgrades, including the 750Li, which gets a 60kW power boost to 390kW in its 4.4-litre V8 engine.

The plug-in hybrid (PHEV) 745Le, which pairs a 3.0-litre straight-six petrol engine with an electric motor, has a combined output of 280kW and an increased electric-only range from 50km to 58km.

In a very striking facelift, the 7 Series also adopted a larger and bolder grille in line with the company’s new styling zeitgeist.

Where the 7 Series previously stood alone as BMW’s pinnacle model, it has recently been joined by the new 8 Series and new X7. Internally known as the “GKL” (short for “Grand Klasse” in German) range of vehicles, these cars represent the ultimate that BMW has to offer in terms of luxury and prestige, in market segments where excellence is a starting point.

The 8 Series replaced the 6 Series as BMW’s flagship coupé, and the first models to reach our shores in early 2019 were the two-door versions: the Coupé and Convertible.

With their restricted rear-seating room, these models clearly favour styling over space, but few would disagree that the 8 Series is the German brand’s most beautiful car, with an elegant glamour suited to cruising the streets in places like Clifton or St Tropez.

Family practicality was soon added to the mix in the form of the 8 Series Gran Coupé, which is 231mm longer and has four doors. Beneath its curvy hard top is a much roomier cabin and a sensible 440-litre boot that swallows three golf bags. 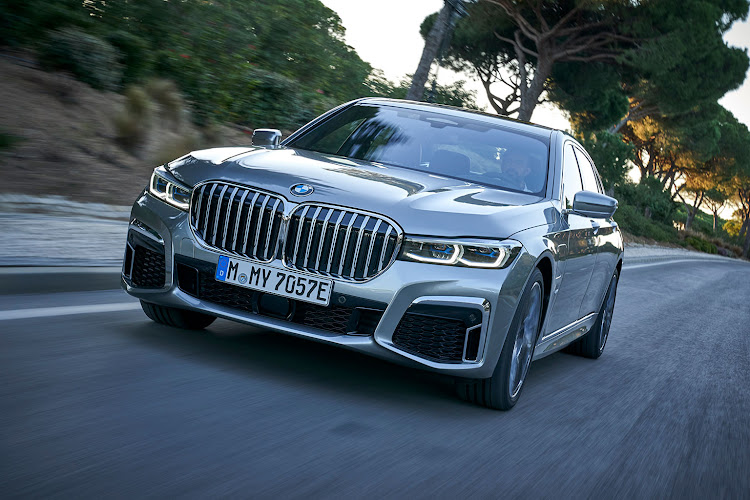 All three 8 Series model ranges come standard with rear-based xDrive all-wheel drive and, for a large and heavy machine, the car is pleasantly hunkered-down in the corners when the pace is pushed. Adaptive air suspension gives these grand tourers the ability to cruise comfortably or sharpen up for slicker corner-taking at the flick of a switch.

A number of petrol and diesel engines are available across the range, with all three body styles offered in flagship M8 Competition guise. With the high-powered 460kW V8 turbo engine, the M8 Competition models blitz the 0-100km/h sprint in just 3.2 seconds (3.3 seconds for the Convertible), offering true supercar performance.

A giant grille dominates the front end of the X7, and though there may be discord about how handsome it is, BMW’s largest and most luxurious Sports Activity Vehicle (SAV) certainly has plenty of presence.

The seven-seater is a full 230mm longer than the five-seater X5, and the third row is large enough for a pair of adults. Long-distance family trips are catered for by rear-seat entertainment with high-definition touchscreens, four-zone climate control, and a premium sound system. 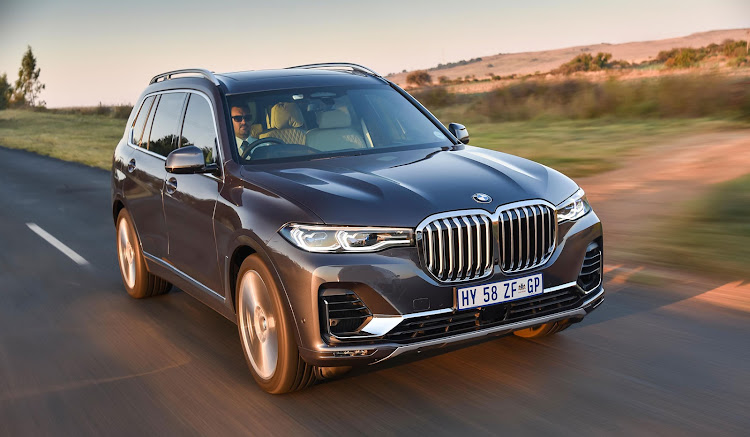 The X7 is the brand’s largest and most luxurious SUV.
Image: Supplied

To accommodate large shopping expeditions, the third-row seats can be electrically folded down at the push of convenient boot-located buttons, and the tailgate opens and closes electrically.

The X7 is able to handle rough terrain with its all-wheel drive and height-adjustable air suspension, while an optional off-road package offers the selection of xSand, xGravel, xRocks, and xSnow driving modes.

At the top of the selection is a choice of M-badged models in petrol or diesel guise: the X7 M50d uses a 3.0-litre six-cylinder diesel engine with four turbochargers to produce 294kW and a mighty 760Nm, and the M50i has a 4.4-litre V8 petrol turbo with 340kW and 650Nm.

The Porsche Cayenne GTS is an SUV with a sporting vibe
Cars, boats & planes
1 year ago

The clunky and charismatic new cruiser bike harks back to bike design of the 1930s
Cars, boats & planes
1 year ago