Convertible version of controversially-styled car gets an electric soft roof 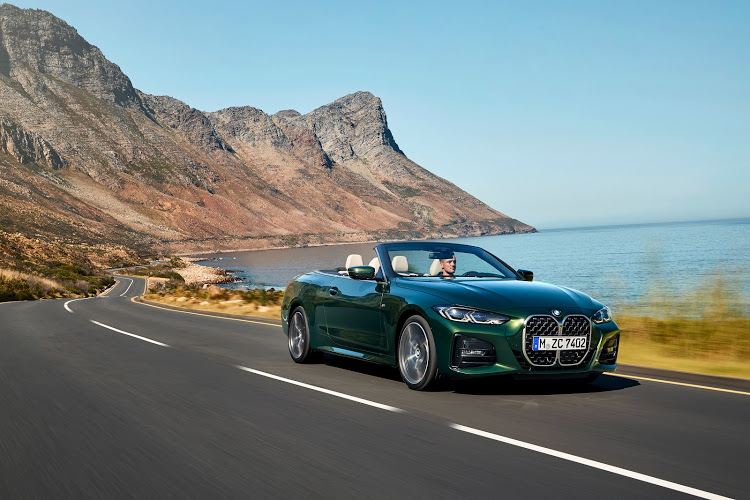 The soft top takes 18 seconds to open or close, at driving speeds up to 50km/h.
Image: Supplied / Business Day

While the world still wrestles with the controversial design of the new-generation 4 Series and its supersized vertical kidney grilles, BMW continues to churn out new versions of the car.

Having launched the Coupé earlier this year and the M4 high-performance flagship a couple of weeks ago, BMW has now unveiled the soft-top.

The 4 Series Convertible uses a “panel bow” folding soft roof that, according to BMW, marries the strengths of a retractable hardtop and the puristic appeal of a fabric hood. When closed the roof covers the passenger cell in a coupé-like arch, which combines with a stretched side profile to give the car a sportingly hunkered-down look.

The fabric roof is also 40% lighter than the folding hard top of the previous-generation 4-Series Convertible, and has several layers of insulation to mute wind noise. The soft top comes in black as standard or anthracite silver as an option.

The electrically-powered roof takes about 18 seconds to open or close, at driving speeds up to 50km/h. The variable soft top compartment allows boot capacity to be increased from 300l to 385l  when the roof is closed.

BMW’s sun-kissed 4-Series has grown in size to offer better space than its predecessor, with more legroom for the two rear passengers.

Front occupants sit in sports seats with automatically extending and retracting belt feeders, Vernasca leather trim and seat heating. An optional wind deflector can be stored behind the rear backrest while optional neck warmers are integrated into the front headrests.

An eight-speed Steptronic transmission is standard on all versions, while a Steptronic Sport transmission with a new Sprint function is available optionally. Range-topping petrol and diesel models put their power down through xDrive intelligent all-wheel drive while the rest of the range is pushed along by the rear wheels.

The flagship M440i xDrive has mild hybrid technology, pairing a 275kW/500Nm 3.0l six-cylinder petrol engine with a 48V starter-generator and a second battery to regenerate and store braking energy. This energy is used for supplying the electrical system and providing a power boost, with an additional 8kW available for overtaking or a quick pulloff.

A reinforced body with more torsional rigidity sharpens the handling compared to the old model. 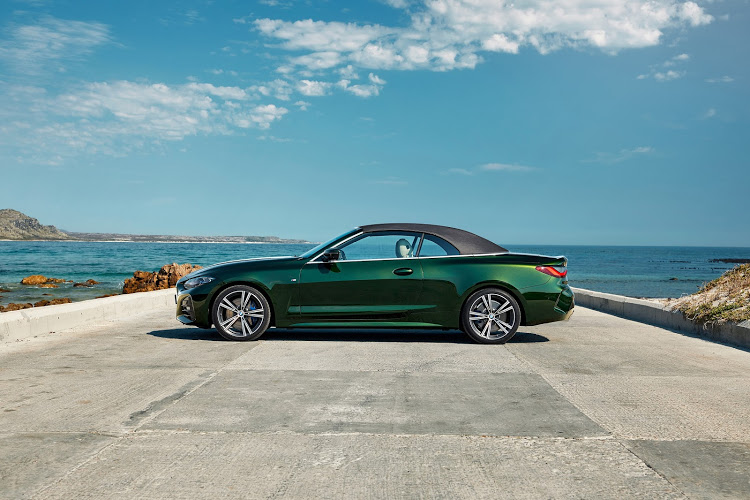 The standard-fitted BMW Live Cockpit Plus comprises the iDrive operating system with touchscreen control display, and the driver peers at a fully digital instrument panel.

The 4-Series Convertible will arrive in SA in the first half of 2021, and only the 420i and M440i xDrive models will be available locally.