The lockdown restrictions evoke memories of the 1973 oil embargo, when South Africans were asked to make sacrifices of a very different kind 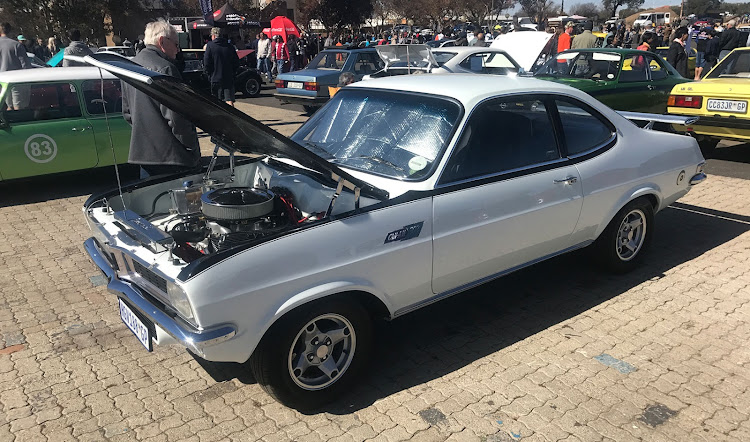 The petrol-guzzling Chevrolet Can Am.
Image: Supplied

The Covid-19 pandemic is one of the biggest social crises ever to be imposed on the planet, and recalls another great upheaval we faced in South Africa, namely the global oil crisis of 1973. If you were a committed petrolhead back then — and there were plenty of us — the restrictions suddenly imposed on car enjoyment certainly cut deep.

Back in those days, we had a nominal 120km/h speed limit, but the roads were so sparsely populated that there was plenty of scope to exploit the horsepower of your Ford Escort Mk I GT, your Renault Gordini, your Capri Perana V8, and your Chevrolet Can Am.

In October 1973, the Arabian oil producers who supplied the bulk of the fuel to South Africa suddenly announced a global oil embargo. No warning — one day there was oil for Africa and most of the rest of the world, the next the wells (as far as we were concerned) had dried up.

Cool, classic cars: what is driving the vintage car market?

Car manufacturers have realised the value of embracing the past, writes Thomas Falkiner
Cars, boats & planes
2 years ago

The government immediately announced emergency measures to cope with this crisis. Fuel sales were prohibited between 6pm and 6am daily and on weekends, and all motorsport events were cancelled. What’s worse, the speed limit on the open roads and freeways was cut from 120 km/h to 80km/h. It was the only way, said the government, that we would have any chance of getting through the crisis.

What was remarkable was how the motoring public grasped the realities of our situation and obeyed the laws religiously. And if you were so selfish as to venture out onto the roads in a gas-guzzling V8, you risked the wrath of your community!

The emergency measures were announced just a day or two before Geoff Dalglish, a young-buck motoring journalist at The Star, took delivery of a Chev Can Am test car for a week.

The 1973 Can Am was one of the most potent mainline performance cars ever built in South Africa. Its 270kW V8 engine had been imported straight from Chevrolet’s racing department in the US. It had a 0-100 km/h time of under five seconds, a top speed of 230km/h, and handling capabilities that were, frankly, diabolical.

When you put your foot down it would accelerate all the way to 100km/h in first gear, and at the same time lift the nose so high that you found yourself looking at the telephone wires rather than the road ahead.

“Everything about it screamed ‘race me’ and I was in love,” recalls Dalglish.

“And yet, here were all these people in cars alongside me, even pedestrians, shouting at me, showing the thumbs-down sign and, worse, even swearing at me. I was a fuel-guzzling heretic! It was one of the strangest experiences of my motoring life!”

Almost overnight, scores of South Africans were trading in their gas-gobbling V8 Holden Monaros and even Ferraris for bargain-basement prices. And they’d roll out of dealerships in modest cars like the Datsun 1200 GX, which could reportedly make the Joburg-to-Durban run on a single tank of fuel, if you stuck to the 80km/h speed limit.

Some shrewd enthusiasts took advantage of this. Johannesburg amateur-racing driver Libero Pardini heard of a Ferrari Daytona going for a song in Cape Town, so he flew to Cape Town on a weekend.

If you were so selfish as to venture out onto the roads in a gas-guzzling V8, you risked the wrath of your community!

“With a full tank of juice, I set off in my new dream car heading straight back to Joburg,” he recalls. “But the hell of it was I was forced to drive at 80km/h, just like everybody else. The thing was, there was hardly any traffic on the roads. Soon I was flying along on empty roads at over 200 km/h.”

Soon enough, the fuel-gauge needle plummeted and Pardini realised he had a problem on his hands. So he pulled into a small town, forgetting that fuel sales were forbidden on weekends.

“I went to the local police station. The long and the short of it, I had to give every policeman in the station a blast down the road in the Ferrari. Then they issued me with a special permit to get fuel, and that’s how I made it back to Joburg.”

I remember those fuel-crisis days very well as I was working at my first job after school, at a service station at the edge of Vrededorp.

Each Friday at the service station we ran special campaigns to get motorists to fill up for the weekend, as the pumps would close at 6pm on Fridays and only open at 6am the following Monday. I recall cars easing down one of the side streets from the town, filling up, and then returning for another complete full tank about half an hour later.

And this would go on for most of the afternoon, as the Vrededorp locals stockpiled fuel so they could sell it to their clientele at “special prices” over the weekend.

After what seemed like an awfully long time, oil supplies normalised, speed limits were raised to 120km/h again, fuel stations opened up again 24/7, and life as we knew it returned to normal. However, for petrolheads, the great horsepower feast that we had enjoyed during the 1960s and early 1970s would remain fond memories for many years to come.

Motoring is not just about the cars, it is also about the lifestyle. We suggest a few gift ideas for the petrolhead in your life
Cars, boats & planes
4 years ago

Investing in assets of passion can be enjoyable and highly lucrative if you do your homework
Cars, boats & planes
3 years ago