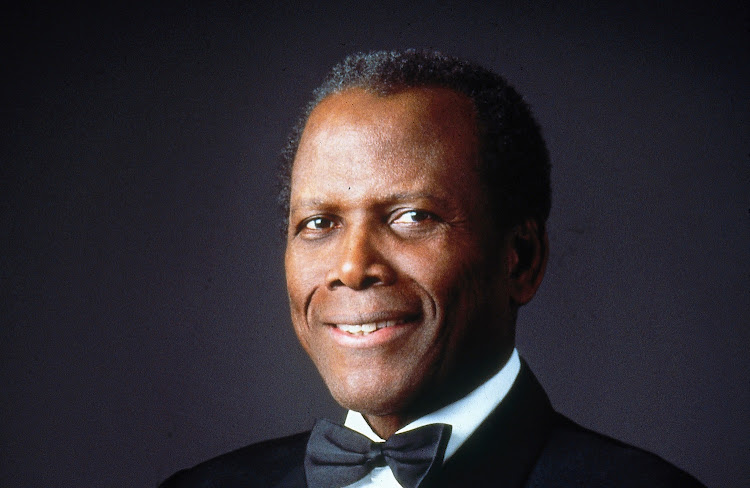 Sidney Poitier, who died at the age of 94 on January 7, was a pioneer for black representation onscreen. He won a best actor Oscar in 1964 for his portrayal of a handyman who helps a group of German nuns to build a chapel in Lilies of the Field, becoming the first black actor to win the award. He went on to star in a string of hits in the 1960s and was awarded an honorary award by the Academy in 2002 for “his extraordinary performances and unique presence on the screen and for representing the industry with dignity, style and intelligence.”

Though sometimes criticised for his occupation of the place of the acceptable, polite face of black America in his films, Poitier was a fervent supporter of the Civil Rights movement and helped, together with his lifelong friend Harry Belafonte, to break barriers for the representation of black Americans that undoubtedly laid the foundations for the modern era.

Here in tribute to the man who was born in abject poverty to Bahamian parents in Miami and raised himself up through sheer determination and drive to the heights of Hollywood, are three films that remind us of the genius of Poitier as an actor whose career spanned over four decades during one of the most tumultuous and difficult periods in American history.

Poitier added years to his age to play the lead in his film debut as a doctor assigned to look after two racist white criminal suspects. Directed by multiple Oscar winner Joseph L Mankiewicz it was hailed for its hard-hitting-for-the-time confrontation of the uncomfortable, hot-potato-issue of race and won plaudits — if not a deluge of a job offers — for Poitier, whose screen presence and charisma were on full and effective display.

Still considered too controversial for public consumption, a decade later when it was pulled from television, it’s a little liberally earnest and obvious in the era of critical race theory and the dismantling of structural racism but it’s a significant film in the history of race and its treatment in mainstream cinema.

Part noir, part polemic, it’s all quietly but firmly held together by Mankiewicz’s tense direction and excellent performances from Poitier and noir’s favourite bad boy, the impossible to look away from Richard Widmark and it clearly marks out Poitier as an actor who was destined for greatness.

Another liberal race polemic directed by the socially conscious Stanley Kramer this film examines the hypocrisy of liberal attitudes towards race by posing that ugly question — but would you really want your daughter to marry one of them?

That’s what happens when Joey Draton (Katherine Houghton) brings her African-American fiancé John Prentice (Poitier) to meet her seemingly politically open minded parents Matt (Spencer Tracy) and Christina (Katherine Hepburn). As the evening progresses wounds are opened, uncomfortable truths are confronted and everyone finally realises that the world would be a much better place if we all just got along as people in spite of the superficial differences that society says we need to be separated by.

Winner of the second of a record-breaking four best acting Oscars for Hepburn, it’s also notable for being the final performance of her longtime lover Tracy. While it’s not necessarily director Kramer’s most memorable of his social-issue-focused films, it’s a superior, charming and sometimes thoughtful piece of entertainment that’s carried by the excellent performances of Poitier and the rest of its experienced cast.

The diamond in the rough: Separate but Equal — YouTube

Poitier stars as lawyer Thurgood Marshall, who would later go on to become the first African American Supreme Court justice, in this 1991 two-part miniseries adaptation of the dramatic 1950s legal case Brown vs Board of Education that ended segregation in US schools.

Hollywood legend Burt Lancaster gives his final television performance as Marshall’s adversary, lawyer John W Davis. It’s a thorough and dramatically engaging unravelling of the legal drama that takes its time to focus on the effects of the matter on ordinary lives and the difficult emotional and intellectual tolls on the lawyers for both sides.

Poitier is at his fiery, righteous and doggedly determined best as Marshall, a man who was proud, self-confident and dedicated to using his position to better the lives of his fellow African-Americans and who succeeded where so many others had failed.

Directed by George Stevens Jr, it’s a solid and emotionally engaging dramatisation of a pivotal moment in the US’s torturously slow journey towards racial equality and Poitier’s performance and presence make it all the more worthwhile.

Usher in the New Year with these three films

Three of the lighter films about dysfunctional families that reaffirm the important place that the family has in many of our lives
Art & Design
5 months ago
Next Article
© Wanted 2022 - If you would like to reproduce this article please email us.