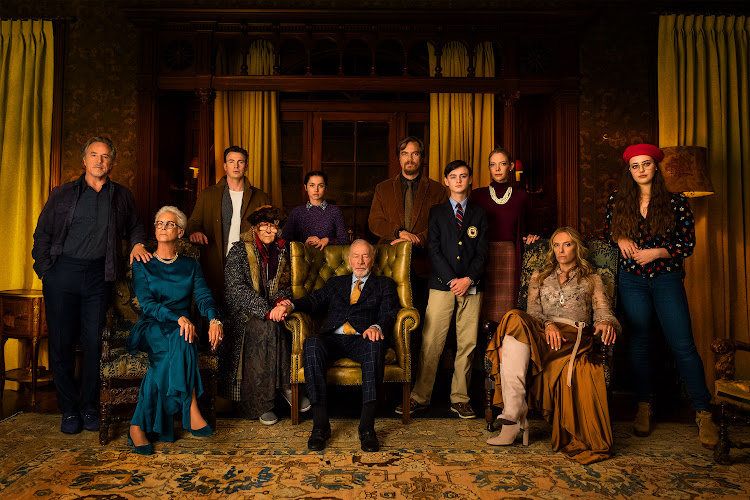 Families — love them, hate them, find yourself being driven crazy by them? It’s that time of the year when many of us make the pilgrimage to unite with those we can’t choose but often find ourselves loving in spite of their foibles, eccentricities and irritations. Here are three of the lighter films about dysfunctional families that reaffirm the important place that the family has in many of our lives, while also serving to remind us that however dysfunctional ours may be, there are so many fictional families who are so much worse.

The Darjeeling Limited (rent or buy from Apple TV+)

Wes Anderson’s 2007 Indian road trip film is typically droll, arch and exquisitely designed but it’s also perhaps one of his more emotionally engaging with its bittersweet tale of three privileged upper Manhattan set brothers who take a trip to the subcontinent in an effort to reconnect with each other and their estranged mother after the death of their father.

Adrien Brody, Jason Schwarzman and Owen Wilson play brothers Peter, Jack and Francis who all have their own very angsty, neurotic first-world problems, which they bring on board the old-fashioned Darjeeling Limited steam train as it makes its way across India.

They exchange memories of dear, departed dad and poke at each other’s insecurities with increasingly hurtful results as the journey progresses. By the time they meet up with their monastery living mother (Anjelica Huston) and try to get her to be the mother she never really could be, things have become a lot more emotionally serious than they started out and by the end, the whole experience and the mysteries of the subcontinent have changed them all forever.

Highly stylised to glossy-magazine perfection by the always meticulously fashionable eye of its director, peppered with sly references to the works of classic Indian cinema master Satyajit Ray and suitably scored with some brilliant 1970s pop classics by The Kinks, it’s an oddly touching examination of a very dysfunctional family trying to get back some sense of humanity that manages to overall cast an affectingly human spell from within the alluring confines of its carefully curated seemingly lightweight cage.

Norman Jewison’s 1987 romcom classic is a gentle but charming love story about one Italian American widow, her madly loyal and eccentric family, the moon and the smoldering gaze of a muscled young baker with a prosthetic hand.

In an Oscar-winning and perfectly timed comic performance, Cher plays Loretta Castorini, a widowed bookkeeper who lives with her feisty, traditional but distinctly expressive Italian family in Brooklyn Heights.

When her older, not-too-bright, boyfriend Johnny Cammereri (Danny Aiello) proposes to her, she cautiously says yes as long as they do it the old-fashioned way. Asked by Johnny to go and try build a long ago broken bridge with his estranged baker brother Ronny (Nicolas Cage) and get him to come to the wedding, Loretta soon finds herself in a world of trouble as she quickly falls for the wrong brother, much to the displeasure of her family and the community. When the moon hits your eye, like one of Ronny Cammereri’s freshly baked pies … that’s amore and Loretta discovers a new lease on life in the brawny arms of Cage.

It’s not groundbreaking but it is solidly heartwarming and there’s a genuine affection for its characters and their world that’s hard not to be fuzzily touched by. That’s thanks to the excellently crafted and Oscar-winning screenplay by John Patrick Shanley and a core group of committedly empathetic performances that lift it above the soppy traps of its genre to deliver a timelessly romantic tale that’s easily digestible and reliably comforting.

Rian Johnson’s star-packed Agatha Christie-style murder comedy features a back-stabbing, vicious dysfunctional family quite unlike any other. When crime writer Harry Thrombey (Christopher Plummer) is found dead at his family home, where his bitterly bickering offspring have gathered to celebrate his 85th birthday, eccentric Southern detective Benoit Blanc (Daniel Craig) is brought in to try and get to the bottom of things.

He soon discovers that the Thrombeys are a bunch of vicious piranhas who all have more than enough reason to kill and plenty of tricks up their sleeves. Blanc must use all his skills to navigate the murky waters of their dark secrets, long-held resentments and ruthless ambitions in order to discover the truth.

Johnson pays gleeful homage to all the well-loved tropes of the genre, while still finding plenty of room to throw in his own unique take on things. He’s particularly good at bringing out the best of a large group of top-tier actors who all get their chance to shine but never step on each other’s toes as they revel in the fast, paced, hugely entertaining maze of red-herrings, dead-ends and unexpected twists of this highly satisfying and enjoyable whodunnit farce.

As Jeymes Samuel’s The Harder They Fall continues to gain critical and popular acclaim, check out these three films that are also devoid of white ...
Art & Design
2 months ago
Next Article
© Wanted 2022 - If you would like to reproduce this article please email us.