Firm challenge to botanical art under way at Grootbos Florilegium 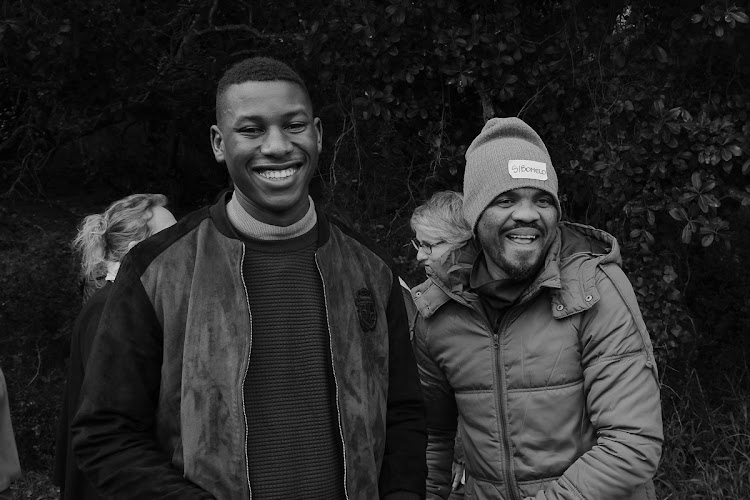 Very recently, I was told that botanical art isn’t political, and that there are no barriers to artists of colour participating in this ancient art that dates back to medieval times. In the SA context, I wondered how this could possibly be true as our country labours under an educational system that sidelines arts and culture as a valid means of earning an income, especially in historically underprivileged and marginalised communities.

An invitation to the formal unveiling of the new Florilegium at the Grootbos Private Nature Reserve, and the opportunity to interview two of the artists who have contributed to the Florilegium, seemed like a chance to explore this question. Florilegia are collections of botanical paintings, created as a means of documenting plant species in a private collection owned by a wealthy individual, such as the Highgrove Florilegium for the Prince of Wales, or as a way of registering newly-discovered plants gathered during voyages of exploration. To me, it seemed like the halls of florilegia all over the world were heaving with colonial ghosts that haven’t really been addressed.

As if to prove the point, a quick google search of botanical artists of colour doesn’t bring up much. An Ode to Black Botanical Illustrators by Janice Harrington in an arts and culture journal focusing on the African diaspora mentions George Washington Carver, Kara Walker and Horace Pippin, but that’s about it. The top 10 botanical artists listed online are overwhelmingly white and predominantly female, and this is what makes botanical artists Sibonelo Chiliza and Liberty Shuro’s involvement in the Grootbos Florilegium unique: the inclusion of their work is a firm challenge to the tradition of botanical art, which has been historically dominated by white women. Perhaps most interestingly, this is happening at a time when gendered and racial discrepancies in the art academy are being examined, explored and criticised. 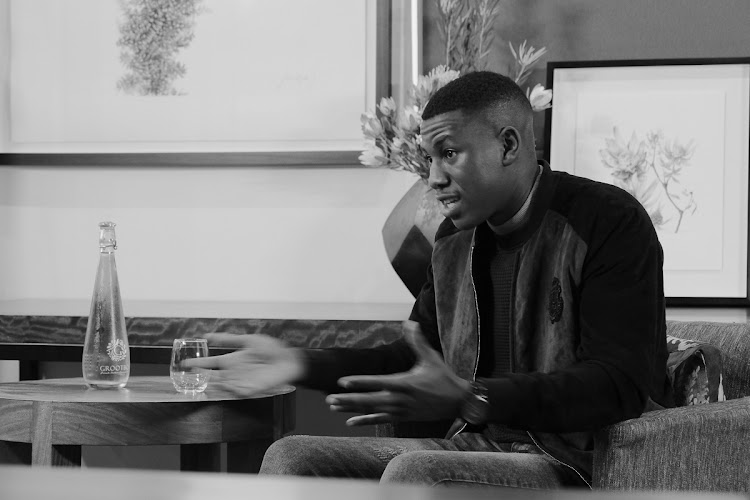 The Grootbos Florilegium has been headed up by lauded botanical artist Vicki Thomas, Grootbos resident botanical artist Chris Lochner and Sean Privett, the Grootbos Foundation Conservation Director. Chiliza and Shuro, along with other contributing artists, were taken out into the Grootbos Nature Reserve to select specimens of fynbos for painting with the assistance of Privett and Thomas. Their paintings, along with 40 other local and international artists, form the basis of the Grootbos Florilegium collection of over 120 individual works, which will soon be housed in a custom-built art gallery on the reserve. 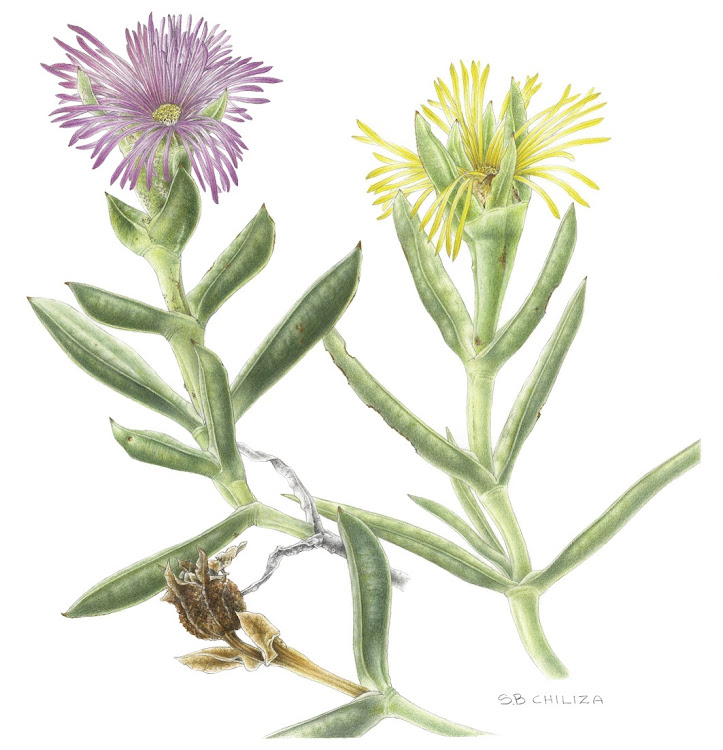 Sibonelo Chiliza is soft-spoken and retiring, his personality a reflection of his delicate renderings of Dispersis Capensis, a species of orchid indigenous to this small area of the Cape. He is a member of the Botanical Artists Association of SA (BAASA), and it was through the Association that Vicki Thomas approached him in 2019 with the offer of being a contributing artist. Chiliza is no stranger to botanical art, having exhibited at the Kirstenbosch Biennale and at the Botanical Art Worldwide exhibition at Everard Read Gallery in Johannesburg in 2018. His work can also be found in the Oppenheimer’s private art collection.

“It’s an opportunity that every artist would wish for. It’s big, because the project is very different. It is something that hasn’t been done.” Chiliza told me as he spoke about the relevance of his inclusion in the Florilegium. “I get typed as the very first black botanical artist, but I haven’t taken advantage of that.”

Chiliza has been making art in various forms since childhood. Art programmes weren’t being offered at Chiliza’s school near Mtwalume in KwaZulu-Natal, so he wasn’t able to take up fine art at university, which required secondary school art training. The lure of designing textiles led him to work with fabric for two years and it was here that he was first exposed to botanical art.

“A lady from BAASA came looking for plant designs to be printed on aprons and bags, so we were taken to the Durban Botanical Gardens. It was my first time at the Botanical Gardens.” A BAASA exhibition at Howard College afforded him the opportunity to participate in a two-year internship under the SA National Biodiversity Institute (Sanbi).

From that moment, Chiliza immersed himself in the world of botany and botanical art. He focused on refining his technique and facilitating botanical art classes for anyone that was interested. By bringing this art practice into communities through training workshops, he’s hoping to keep an appreciation for botanical art alive.

Being an artist is fairly low down on the list of preferred careers that parents in middle-to-lower income households want to see their children pursuing, so Chiliza is shaking up the narrative and introducing this to children as a valid professional practice. “We should also be teaching them the importance of plants so that they want to illustrate them. We have a role to play in passing this on to them.”

One of the many things that make the Grootbos Florilegium unique is that, in addition to their main paintings, some of the artists have also created vignettes which contextualise their plants within the larger ecosystem of the area where they grow. Chiliza’s vignette of the Carprobrotus Acinaciformis and Edulis, or the sour fig, show a species of monkey beetle that frequents these plants, but also the dry fruits which are harvested to make jam and a disinfectant for sore throats. It’s all part of the larger aim of the Grootbos Florilegium; to create an awareness of how connected these plants are to the people and animals that live in these areas, and how sensitive these connections really are. 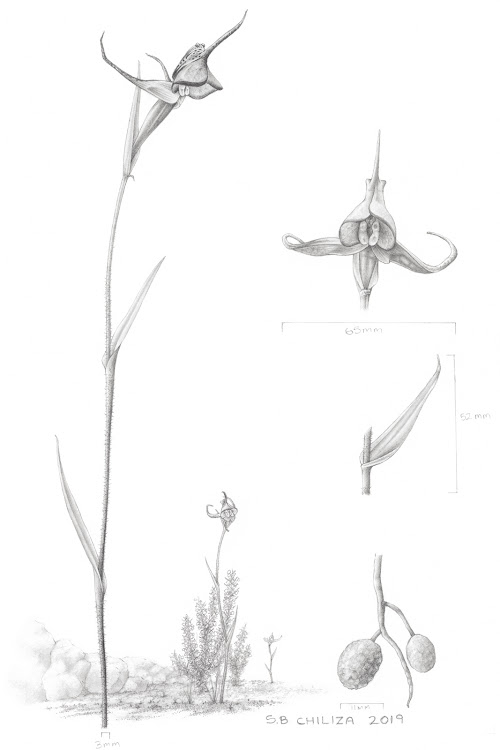 Zimbabwean Liberty Shuro might be more well-known to some for his large-scale, photo-real drawings of endangered wildlife species. This young, ambitious artist has a deep passion for his craft, which he’s managed to keep alive despite financial challenges. Shuro debuted his work in 2016 as part of a collective exhibition in Harare with other artists, where he quickly sold out. Like Chiliza, Shuro faced resistance from his parents when it became clear that he wanted to make art his living, but the Harare exhibition gave them pause for thought.

“It was that event that changed their minds about art. Growing up, I didn’t get any formal art training, because I was pursuing other fields to make my parents happy.”

Shuro has been clutching a pencil and paper in his hand since he was eight years old. After graduating high school in 2014, he spent the whole of the following year rolling out drawings, perfecting his technical capabilities. An uncle teaching music at Mutare Polytechnic College lured him into a university art bridging program in 2016, where he quickly discovered that his level of talent eclipsed his fellow students. After graduating and getting his certificate at the end of 2016, he quickly built up a dedicated following on social media (his official Facebook page has over 53,000 followers) where he regularly posted updates of his work, gaining traction with Zimbabwean expats who longed for home and became his main supporters through their purchases of his drawings.

Regular trips to visit his aunt in SA, and to buy art supplies, led him to a meeting with Gillian Condy, a revered SA botanical artist and at that stage collections curator at Sanbi. Following a spontaneous trip to the Pretoria Botanical Gardens, Condy instantly knew that Shuro had to be included in the SA leg of the Botanical Art Worldwide exhibition that she was curating, where he sold three of his botanical drawings at the exhibition opening. It was here that Vicki Thomas approached him with an invitation to participate in the Grootbos Florilegium. 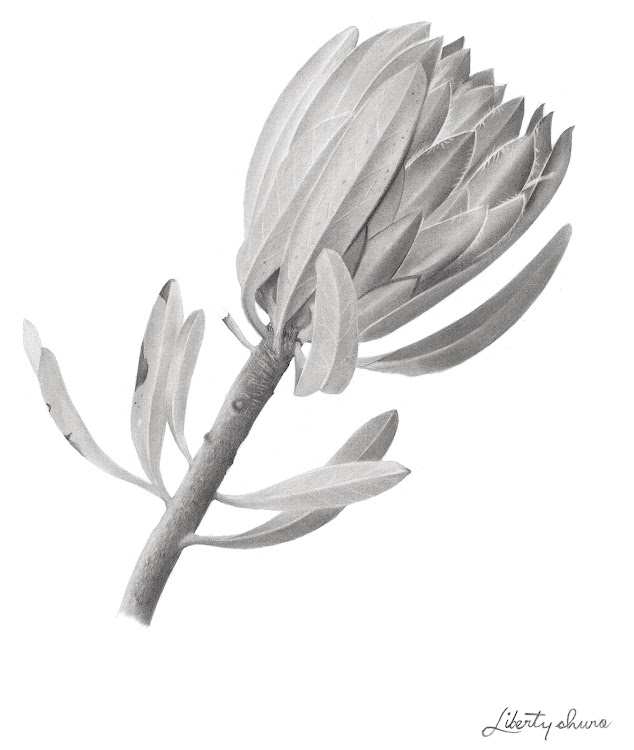 Shuro believes that he has an important role to play in passing the baton of botanical art down to a younger generation. “I wish we could have more young people as part of this. Invite and include young people, train them.”

The vision of the Grootbos Florilegium team is that this important collection of botanical work will grow and expand beyond the borders of Grootbos itself and out into the communities that surround it. Increasingly, there is an awareness that historical modes of art production and collecting need to work harder to reflect new and exciting voices in the field, and integrate with social practice. Through their involvement in the Grootbos Florilegium, Chiliza and Shuro are positioning themselves at the cusp of this movement.

Taking the pulse of the art landscape as the world heads into a new season
Art & Design
8 months ago
Next Article
© Wanted 2022 - If you would like to reproduce this article please email us.