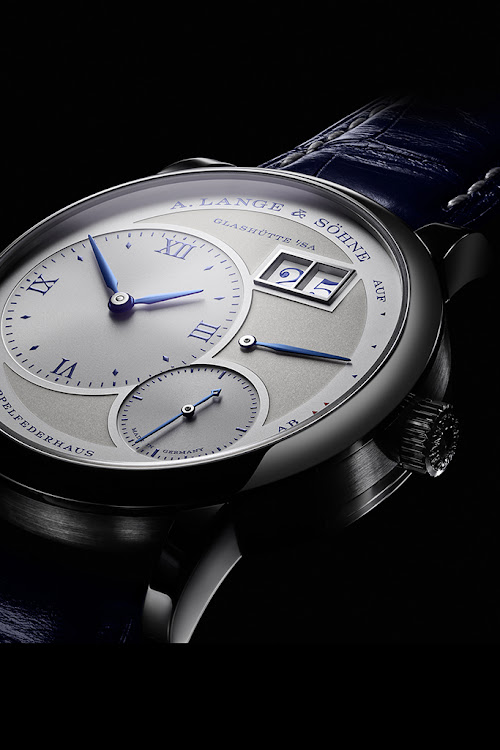 This year marks 25 years of democracy for our new South Africa. It’s also the 25th anniversary of the Lange 1, the first timepiece presented in the range of watches, which ushered in a new era for the “reborn” luxury brand A. Lange & Söhne, whose founder embraced the new opportunities presented after the fall of the Berlin Wall, five years earlier.

Based in Glashütte, the birthplace of German watchmaking, the headquarters of A. Lange & Söhne was established in 1873 and operated until its partial destruction in World War 2 and forced closure under Soviet occupation. On December 7 2001, Walter Lange, the great-grandson of the original founder, returned to the historical building and re-established the manufacture with the help of watch manager Günter Blümlein.

The Lange 1, with its recognisable asymmetrical dial arrangement and big date window, is one of the company’s flagship models and, although featuring traditional elements, its design is totally modern. The numerals of the outsized date are substantially larger than those in watches of a similar size and were inspired by the famous five-minute clock in Dresden’s Semper Opera House.

In celebration of the round jubilee of this award-winning model, the company has released a limited edition of 250 pieces in white gold. Everyone loves blue, and although salmon and green are making an appearance, Yves Klein’s obsession remains ours too and the most prominent on dials again this year.

More subtle accents of blue are marked in the 38.5mm white-gold A. Lange & Söhne Lange 1 “25th Anniversary” with its argenté dial in solid silver with deep-blue Roman numeral hour markers, blue date numerals, hinged cuvette (case back) with an engraving of Lange’s HQ. When open, it reveals the manually wound calibre L121.1 and hand-engraved balance cock with engraving of “25” in the same style as the date numerals. A matching alligator leather strap completes the elegant package. Although virtually unchanged since 1994, the calibre L121.1 is new – first introduced in 2015 – featuring a twin mainspring barrel with a power reserve of 72 hours.

Meet the chronograph that never sleeps

New brand Riskers plans to do an about-face on watches

In an exclusive interview, Pierre Guerrier, co-founder and CEO, shares his insights on the ‘revolution’ in the industry
Watches & Jewellery
2 years ago
Next Article
© Wanted 2021 - If you would like to reproduce this article please email us.