An SA Fashion Week pioneer and a noted fashion designer chat about farm life, architecture, the Joburg inner city, and doing a fashion show for the Chinese Communist Party 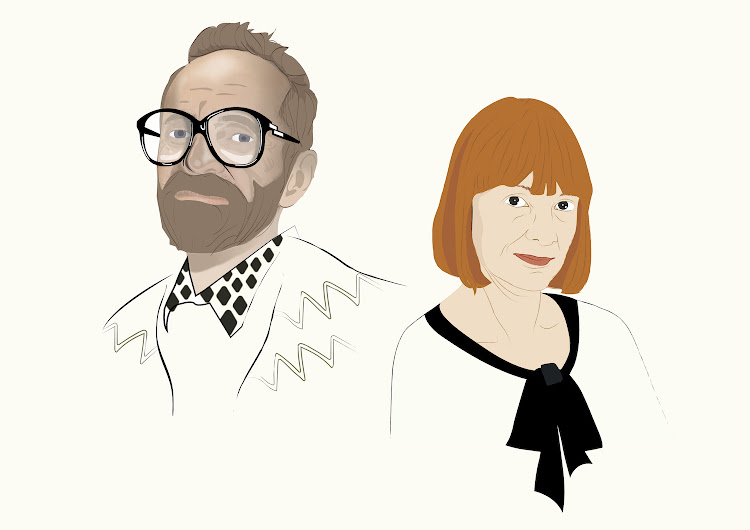 Lucilla Booyzen (LB): How are you guys doing there on the farm?

Clive Rundle (CR): You know, farm life is farm life, it’s got its own rhythm. One could say it’s pandemic free.

LB: Tell me where you are.

CR: Two minutes outside Plettenberg Bay. From the farm itself, you see the bay, the Outeniqua Mountains, the Swartberg Mountains.

LB: I’ve always wondered: if you could choose between fashion design and architecture, what would you choose?

CR: Architecture. To be a fashion designer you have to be insane. It’s a lot of hard work. Architecture is about building. You draw a drawing; you build a building. Fashion is somehow never complete. Every season there’s a brand-new look, a whole new way. When you build a building, it can take two, three years to finish. In fashion, two seasons a year must come fresh from somewhere. It’s very difficult in fashion to talk spatially. With architecture you can easily talk spatially.

LB: You always say that you construct, you don’t design. What do you mean by that?

CR: Well, again, it’s like building; you’ve got whatever materials you are using, and then you build a garment, you don’t fashion one. I am building something from raw materials that has a story and an outcome and a projection.

LB: You always do your own fabrics as well. You start from scratch and then you build your collection.

CR: We build everything. At the same time the music is being built into the show. Everything is part of the building material. You don’t just pitch up with your clothes. We’ve built the storyline clearly so that when we press the start button, we’ve set a spatial intention for that visual.

In the first of a series of conversations between peers in various disciplines, this pair discuss their work, the contents of Naomi Campbell’s ...
Voices
9 months ago

LB: I know your clothes really make the models feel beautiful. That’s missing at the moment with clothing; buying that piece that is so special that you can wear it forever. I want to take you back to the beginning, when you were in the Barbican in Joburg. What was it like to be in a space that is now a historical building?

CR: The space was, of course, spectacular, but for us it was like, okay, this is where we live, this is where we sell our clothes. It was also completely special, but its “special” came when everybody went home and it was just this weird, quiet space in the middle of town.

LB: Yeah. That’s one thing about you; you have always chosen beautiful spaces.

CR: The centre of Joburg was always so interesting. Now I’m in Plett, of course. There’s no such thing as a space in Plett. And the whole of Joburg has these incredible spaces that are just waiting for occupancy. I am sure Joburg has emptied out in this past year of clamping down — that’s just its nature. It’s like influx, de-flux, it goes up and down. 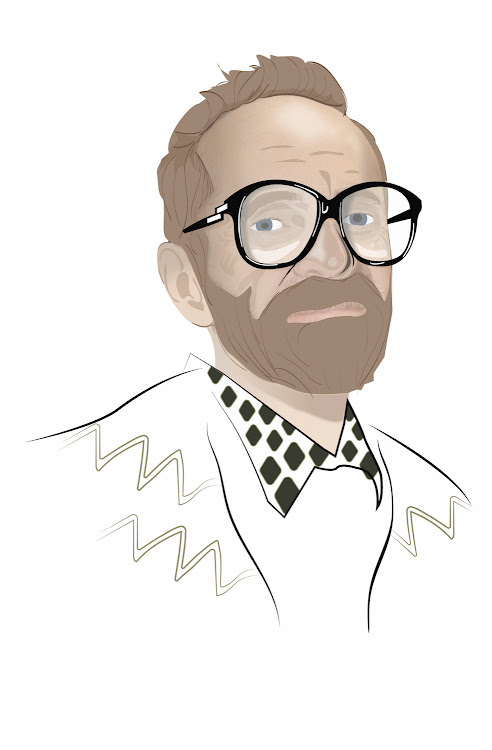 LB: I visited you then because I did shows for you and for the big corporates. You were one of the first designers who actually did their own show. It was a fantastic time, full of creativity. When did you open your first store?

CR: It was in the mall in Rosebank. It was very beautiful, even if I say so myself. That was in 1989, somewhere around there.

LB: I remember it well — it was the first that was like an art gallery.

CR: Lucilla, you have to tell the story about China. How we ended up doing that show in China with the whole street, with all those banners. That was Shanghai, wasn’t it?

LB: That was a show that I did with the World Gold Council, which put the show together. I went there two weeks before the show to do the casting. I found these incredibly beautiful girls. And then you guys arrived and you designed the clothes for every scene. It was incredible because it was like a Chinese designer had designed this, because while you designed it with an African design soul, it fitted completely with these beautiful pieces of jewellery. We started rehearsals at this five-star hotel, and the next day was the show.

CR: We had to do the dress rehearsal for the party. The [Chinese Communist Party] members came and sat in the front row to see if what you were going to do fitted with their memorandum, or whatever.

LB: They all had their uniforms on and then they took all my models away and gave me new models who were all short and, I don’t know, working in bars, remember? 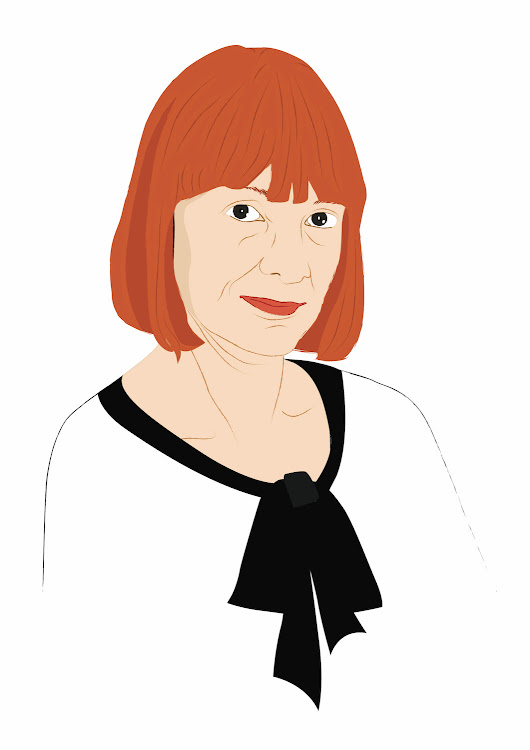 LB: I was a complete nervous wreck. That evening I had to use completely new models who knew nothing, who couldn’t even walk on a runway. But once I did the show, the Chinese government people wouldn’t turn their backs on me, they were thanking me because then they understood what we were doing. And they had these big banners in the street with all the models’ faces and your garments. And we had flags, South African flags and gold flags. It was incredible.

CR: The best part was that the people who came to the show had actually won their tickets in a draw and had no interest in fashion. They’d won their tickets and then came and sat in their seats. And they were seeing semi-naked girls for the first time, because we were completely inappropriate, of course.

LB: You’ve done incredible work with [visual and performance artist] Steven Cohen. You told me the other day about the times he’s worn one of your dresses.

CR: I don’t know how many times he’s worn it, but it’s a staple dress that, he says, has its own passport. I think it has been to 30 different countries. We stapled 100 000 staples as the dress, but he’s worn that to shreds, it’s completely falling apart. That dress has acquired its own life.

LB: Do you think that there’s enough support for designers in South Africa?

CR: I think the landscape is changing. There is now a global interest in African fashion. That’s a different mindset to what we started out with. We didn’t have that support. So, it’s fantastic that there is now interest in the continent. What happens here has just been happening on its own for many, many years. Of course, once people start putting their eyes on it, it means the aesthetic must change. I believe that there is an interest but then, you know, you have to fit into the global market.

LB: In closing, why are designers important in a country? I’ve always felt that without design, there’s no fashion, and we should be a design-led and not a manufacturing-led industry.

CR: Clothes themselves have become like a language. One visual tells a million stories. I mean, fashion and design are about images. It’s not about anything else. It’s an image that tells a story.

• Lucilla Booyzen is the founder and director of SA Fashion Week, after having started out as a model and segueing into show production.

• Clive Rundle is an iconic South African fashion designer renowned for his elegant and intricate constructions.

Surely SA is the prettiest of them all?
Voices
7 months ago

Burning and slashing designer bags is so last season

A numbers game: From record-breaking art auctions to the amount by which Johann Rupert’s wealth has increased

Here are a few numbers worth knowing
Voices
7 months ago