Surely SA is the prettiest of them all? 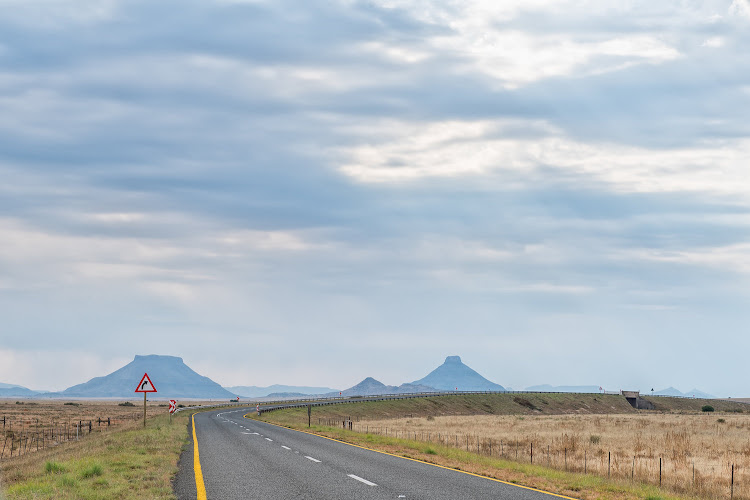 Landscape on road R56 between Middelburg and Steynsburg in the Eastern Cape Province.
Image: D Preezg/123rf.com

What a relief it must be for tourism businesses that South Africa has gotten off the dreaded “red list” that closed the country to the lucrative UK market for so many months. Hopefully, they can look forward to British tourists’ flocking to their establishments as the summer holiday season kicks into gear. And the rest of us can have more pleasant problems. Rather than worrying about when we will be allowed to go sightseeing in London or skiing in Austria (if that’s your thing), the question now is whether your bank overdraft is big enough to let you enjoy the experience. It would have cost a UK tourist around £2 000 for the pleasure of being stuck for 10 days in a hotel quarantine on their return from South Africa.

So, it’s clear how devastating it would have been for local businesses had the red listing been maintained. It would have taken an extraordinary amount of love for South Africa’s natural beauty and world-famous hospitality for anyone to have made that trip. Just before that cloud was lifted, I’d discovered that local travellers had done their bit for the industry. I almost say “fondly done their bit”, but that’s very much open to interpretation.

Over the Heritage Day weekend, I decided I had had enough of Joburg and that a couple of days away would be good for the soul. This decision was made with only a few days to spare. It turned out to be a shocking case of complacency. With headlines every day about the tourism industry being in a state of disaster, one (me) assumed that this could indeed be a last-minute decision and that it would be a buyer’s market, so to speak. Not a chance. From North West to Limpopo, there were “sold out” signs everywhere. So much so that, a few days later, I was driving about eight hours to Steynsburg in the Eastern Cape. If you haven’t heard of it, don’t worry. The only reason I know about it is because of the regular road trips I used to take from Joburg to my home and university towns, now called Gqeberha and Makhanda, respectively. Steynsburg was nothing more than a little rural town I drove past after having my breath taken away by the views of Gariep Dam in the Free State.

The sentimentalist in me couldn’t help but think that it must have been written in the stars. It wasn’t exactly where I would have chosen to go, but it’s hard to think now of another place where I should have been on that weekend. Steynsburg is a short drive from Cradock, a town with an oversized impact on South Africa’s history. The two main attractions for me, once a budding historian, were both closed on the day. But it was enough to see Olive Schreiner’s house and the Cradock Four Memorial from the outside, and a weekend marking the country’s heritage seemed to be as good a time as any.

Even though I grew up in the Eastern Cape, the Mountain Zebra National Park wasn’t something to which I’d given much thought. I now really wish I had the skills of a travel writer to do it justice. Everyone probably thinks theirs is “God’s country”. Once upon a time, when Arsenal was good and the rivalry between its then manager Arsène Wenger and his Manchester United counterpart Alex Ferguson was at its height, the former famously dismissed the latter’s claim to having the best side in the league by noting that everyone imagines that “they have the prettiest wife at home”.

The world might be open once again, but it will take a lot to convince me that South Africa isn’t the prettiest country on Earth.

Where do you find fly-by-night operators who’ll look after you rather than their own commissions?
Voices
8 months ago

If you can travel in these times, it feels wrong to complain
Voices
11 months ago