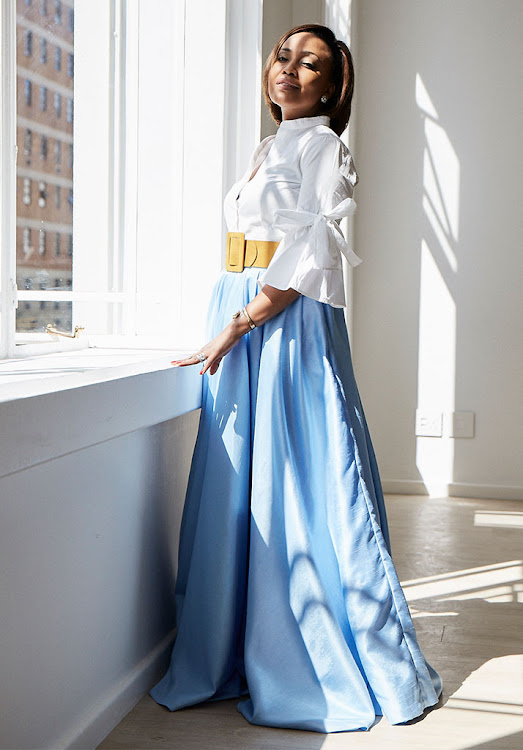 Carol Bouwer never, ever wears T-shirts and shorts — but she does leave the house in pyjamas. We’re not talking about the dire cartoon-emblazoned sleepwear you find in so many local clothing stores. Bouwer gets her night attire (silky, classic two-piece numbers) from Spanish brand Oysho. “I stock up on pairs when I’m in Paris,” the well-known business woman says. “I even fly in them and wear them out and about with heels.”

This segues us into another enthusiastic conversation — about footwear. For Bouwer is a self-confessed “bag and shoe” gal. She gets it from her mom. “She still has the most staggering shoe collection,” Bouwer says. “I think she loved having a daughter, dressing me up like a doll — but really I was a bit of a tomboy, always wanting to be in pants.

“But never shorts — not with my skinny legs,” Bouwer adds, with a laugh.

“I guess,” she considers, “all my life I’ve dressed in a way that’s not been trendy. I’m often the most conservative in the room and I don’t think I especially get fashion.” I beg to differ. Hers is an elegant, timeless style. Simple lines, clean shapes, labels — like Bouwer’s favourite, Carolina Herrera, who creates chic clothing to suit women’s bodies.

It’s a concept that’s extended to her own range of leather bags. “We spent a fair bit of time in Malaysia and I’d see these immaculately dressed women, with very tacky bags. So I started to design beautiful, exotic, leather options for my Kuala Lumpur and Singapore friends.” Next thing, the gifting became a business.

Was she always stylish? “No,” is Bouwer’s emphatic answer. “I was a TV host in the early ’90s and I was sponsored by Kangol. Do I need to say anything else?” she says, chuckling. But adds, “Later, when I was anchoring Front Row, I remember interviewing Miss Worlds and other perfectly turned-out women and thinking I had to up my game fast.” That she did. And then some.

Favourite fashion label? It’s a tie between KLûKCGDT and Carolina Herrera. Neither is a slave to fashion and I think that is the trick.

Dream haute-couture designer? Wow! I would have to bring Oscar de la Renta back for just one more piece!

Shoe brand? I wear quite a bit of Aquazzura, as it elongates the leg. But, because I stand for hours, it’s still mostly Chanel for elegant comfort.

And bags? I used to be a true Celine and Bottega Veneta fan. Even as I get rid of my bags, those are hard to part with.

Luxury item you’d take to a desert island? I would need some oudh, as I love fragrant oils that allow me to escape spaces where I feel stuck.

Quick questions with the co-founder of Dew Partners Refilwe Mokate

This Joburg-based corporate financial advisor on investing in the classics, the allure of red handbags, and being a teenager in the 1990s
Voices
1 year ago