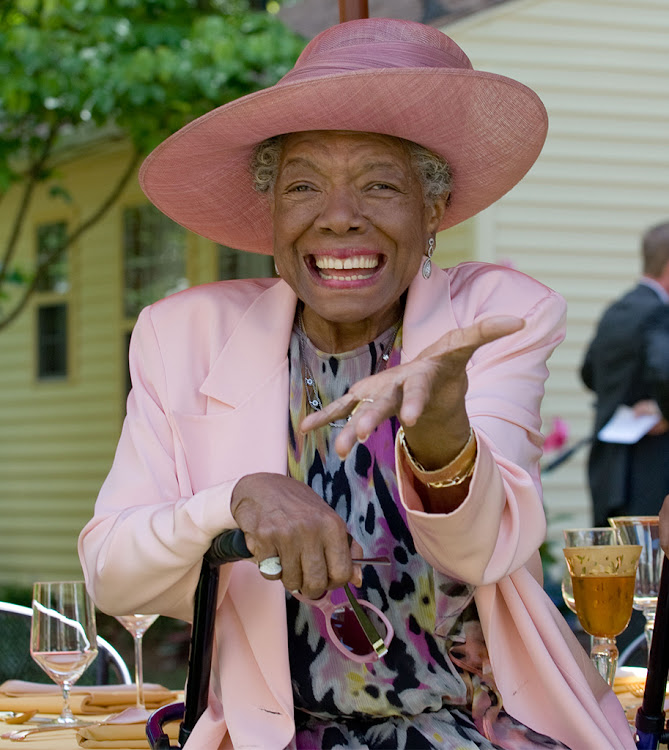 Today is the 90th birthday of Maya Angelou. Born on April 4 1928, she lived a number of fascinatingly different lives — as a singer, storyteller, activist, poet and sex worker.

She died in 2014, but her depictions of black lives, the power of the human spirit and the strength of women will always be remembered.

1. She drank sherry while she wrote

Angelou had a very precise writing ritual. She would book a hotel room, strip the art from the walls and write 10-12 pages a day on a yellow legal pad with a bottle of sherry and a pack of cards for company. In the evening she would edit her work down to 3-4 pages, repeating this everyday until she was finished.

2. She was mute for five years

Angelou spent five years in silence after her rapist was murdered by her uncle. She believed her voice was responsible for his death. Years later in times of stress Angelou would often retreat into mutism referring to it as “addictive”.

Angelou was a civil rights activist in America working alongside Luther King as the northern coordinator of the Southern Christian Leadership Conference. According to Maya, King reminded her of her younger brother Bailey with his “small, beautiful speaking voice”. King was assassinated on April 4 1968, Angelou’s 40th Birthday.

Getting to know Margaret Atwood

Angelou won 3 Grammy Awards not for singing but for her spoken word albums. She won her first Grammy for the poem On the Pulse of The Morning, which she wrote for Bill Clinton’s inauguration in 1993. Her other Grammy wins were for the poem Phenomenal Woman and the audio book version of her autobiography, A Song Flung up to Heaven.

5. She worked as a sex worker in her teens

For a brief period in her teens Angelou worked as a sex worker to provide for her son. She has chronicled this experience in her 1974 autobiography Gather Together in my Name.

6. She was in a relationship with a South African Freedom Fighter

Angelou began her relationship with civil rights activist Vusumzi Make in 1961. Together they moved to Cairo, separating soon afterwards. Angelou and her son then relocated to Ghana.

Stephen Hawking: A brilliant mind who defied all odds has died at the age of 76

Stephen Hawking was not only one of the most brilliant scientists of his age but also symbolised the ability of the human spirit to rise above severe ...
Tech & Gadgets
3 years ago

Hubert de Givenchy, the master of elegance, has passed away but his legacy will endure

French label founder who dressed some of the most famous women of the 20th century, has died aged 91
Fashion & Grooming
3 years ago
Next Article
© Wanted 2021 - If you would like to reproduce this article please email us.